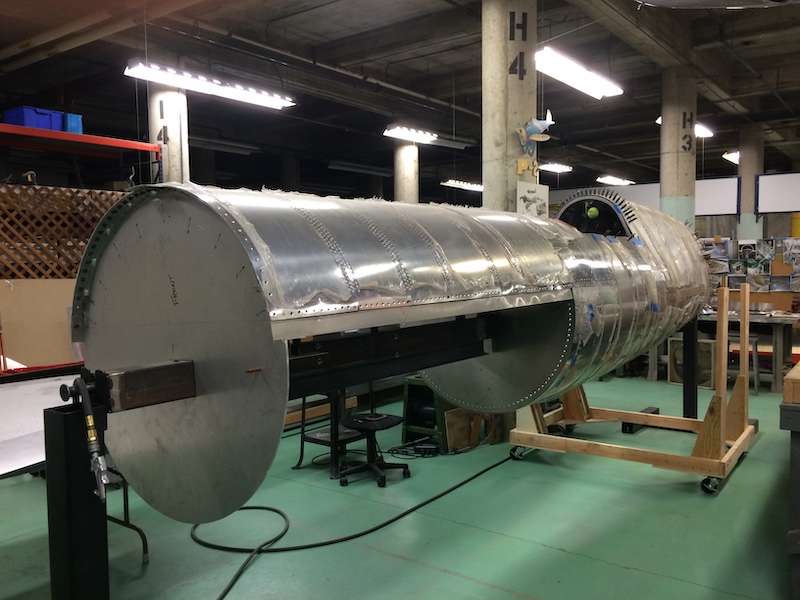 The Racer was designed and built in 1935 by Howard Hughes and Glen Odekirk for the specific purpose of capturing the land-based speed record, which it did flashing through the timers at 352 miles per hour. Hughes pioneered the use of flush rivets and butt-joined aluminum panels to minimize parasitic drag on the airframe. Powered by a Pratt & Whitney R-1535 “Twin Wasp Jr.” the aircraft was ultimately fitted with a lengthened wing allowing the aircraft to operate at higher altitudes and establish a transcontinental speed record, spanning the distance from Long Beach, California to Newark, New Jersey, in only seven hours and 28 minutes. Completion of this project is scheduled for 2024.