The San Diego Air & Space Museum is famously known for its unique full-size airplane collection. In order to give representation to so many aircraft produced since the early 1900s, the Museum also houses a tremendous collection of scale-model aircraft – some built onsite, and some donated.

Inside the World War I exhibit, visitors can view a fantastic collection of model aircraft built and donated by Jere Robinson. Mr. Robinson was a mechanical engineer with a long career in aviation, and an avid model builder. The San Diego Air & Space Museum is an honored recipient of his detailed work, and proudly displays his craftsmanship in glass cases for all to see.

All of Mr. Robinson’s models on display are “scratch-built” – meaning not from a kit – and are of the same 1/48 scale. Because they are in scale to each other, this offers the visitor a unique look at the various sizes of the aircraft in relation to each other. And for that reason, this spotlight will focus on the Gotha G.V., one of the largest aircraft built during World War I. 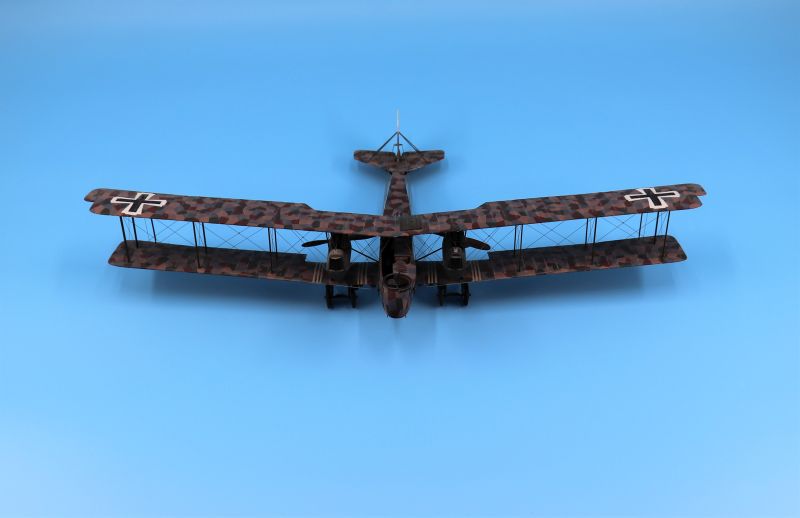 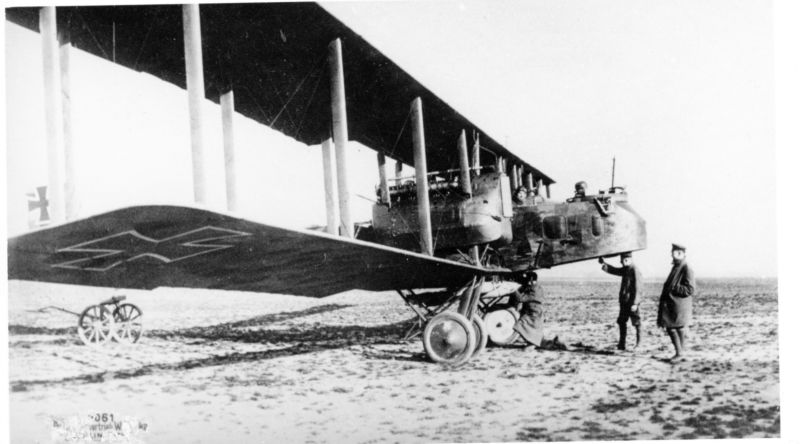 A Gotha being prepared for an air raid.

During the autumn of 1916, production began on the G-type bomber (“Grossflugzeuge” - large fighter aircraft), in the town of Gotha by German manufacturer, Gothaer Waggonfabrik. Based on a 1914 design by Oskar Ursinus, and reworked by Hans Burkhard, these highly successful bombers were the first heavier-than-air aircraft to carry out strategic daylight bombing missions on London beginning in June 1917. The aircraft were produced in a series of subtypes – beginning with the Ursinus-based Gotha G.I, and succeeded with the Burkhard-designed G.II, G.III, G.IV, and G.V. A total of 205 Gotha G.V., G.Va, and G.Vb were built, with the majority of 177 going in service with the German squadron, Bogohl 3. 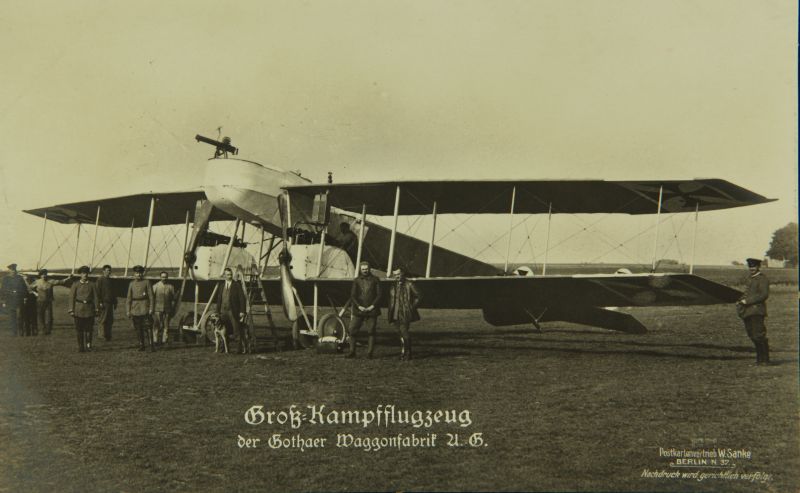 An early Gotha bomber, the G.I designed by Oskar Ursinus. Note the fuselage placed above the forward facing dual engines creating a clear field of vision for the machine-gunner.

The Gotha model on display in the Museum is a G.V., which carried a crew of three – a pilot and two gunners. The plane was made of wood and steel, measured 40 feet long with a wingspan of 77 feet, and had an empty weight of 6,041 pounds. The dual 260 horsepower six-cylinder Mercedes D.Iva engines faced backwards, providing enough power for the plane to fly 500 miles at about 80 mph, and climb to an altitude of more than 21,000 feet. Armament consisted of two or three 7.92 mm Parabellum MG 14 machine guns and more than 1000 pounds of bombs. In spite of their size and weight, they were agile and difficult to shoot down. Anti-aircraft fire and bad landings accounted for more losses than attacks by enemy aircraft. 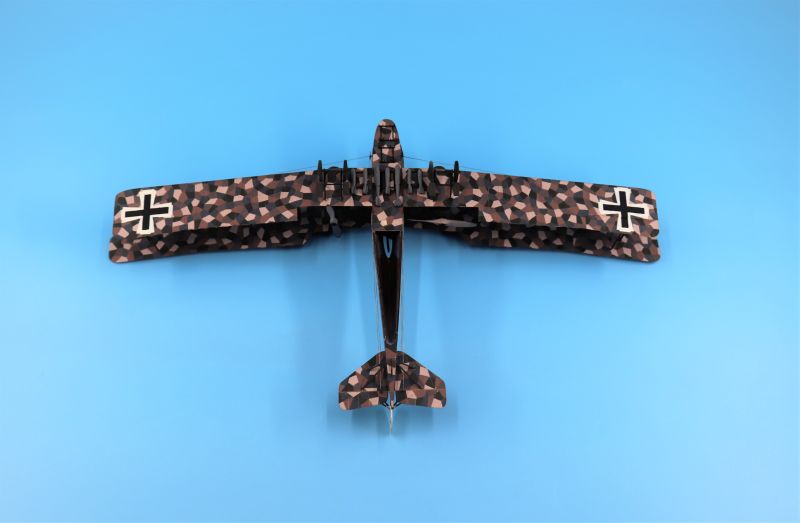 A unique feature of the Gotha was the placement of the pilot’s seat on the starboard side of the plane, which allowed for a connecting walkway on the port side, providing easy access for the crew to move between the three gun stations. Another innovation was the “gun tunnel” located on the underside of the fuselage with a V-shaped opening in the floor designed for firing a machine gun downwards and backwards. 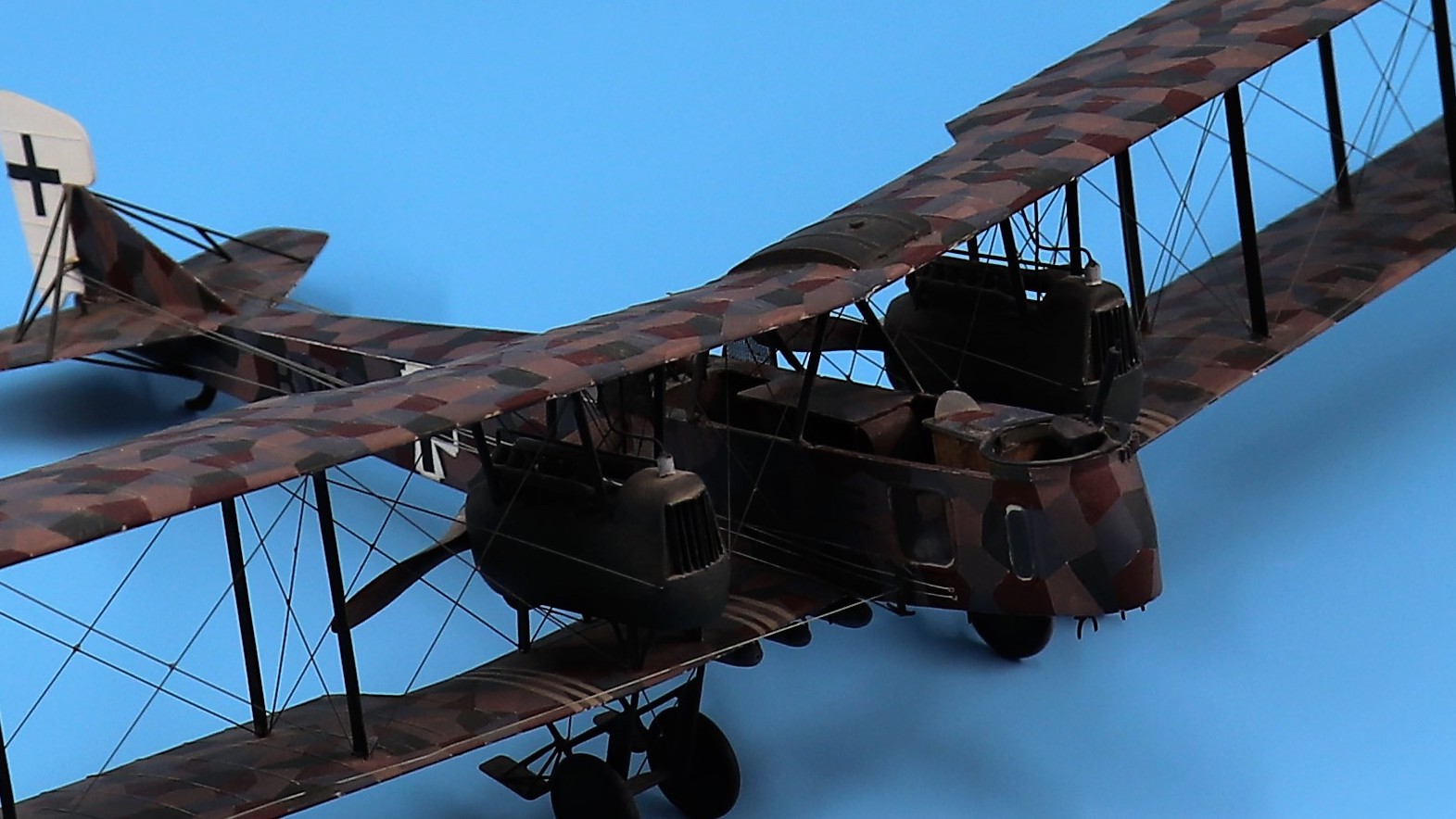 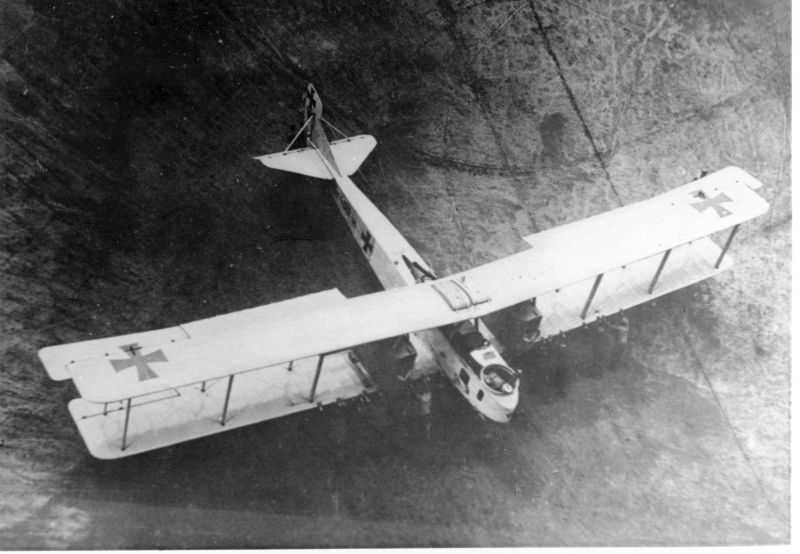 A view of the walkway and gun tunnel on a Gotha G.IV. 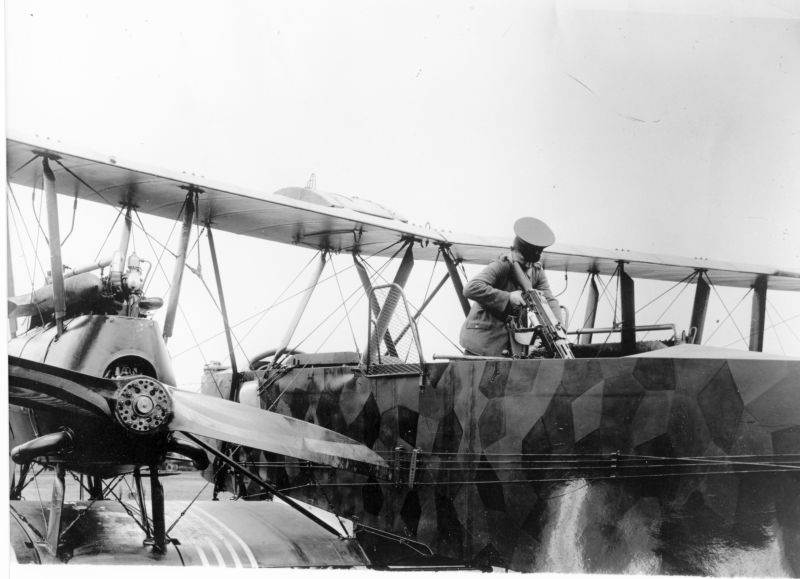 A gunner demonstrating how to shoot the machine gun through the tunnel in the floor of the Gotha fuselage.

During 1917-18, the bombing raids on London resulted in 487 deaths and 1,434 other casualties. German squadron Bogohl 3 lost 24 Gothas as shot down or missing, with another 36 destroyed or seriously damaged in landing accidents. Although the Gotha was an enormous plane that inflicted tremendous damage, it was not the largest WWI bomber in the German fleet. That designation belonged to the Staaken R-series of giant aircraft (“Reisenflugzeuge”), a massive plane with wingspan of 138 feet. Too bad we don’t have a model of that one! 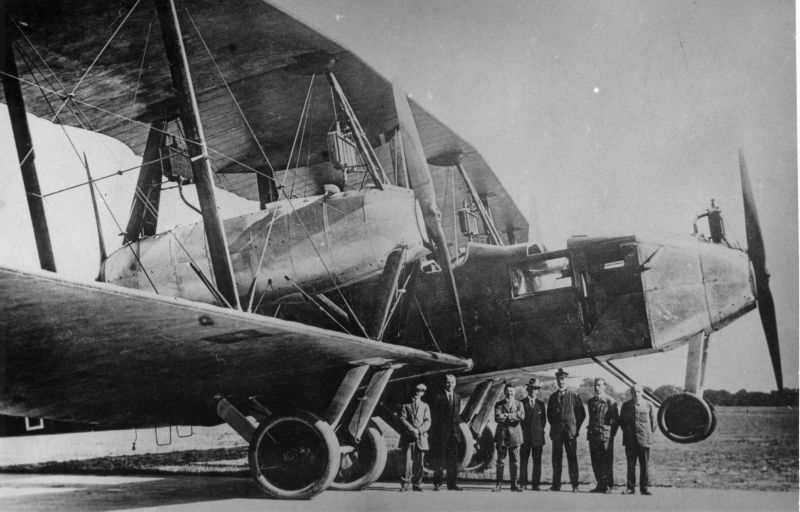 A group of men are dwarfed by a Staaken R.XIVa.