The history of Civil Air Transport (CAT) is exceptional and atypical in aviation history. Formed after World War II in China by General Claire L. Chennault and Whiting Willauer, the airline used surplus aircraft from the war, such as the C-47 Dakota and the C-46 Commando, airlifting supplies and food into war-ravaged China beginning in 1946. Under contract with the Chinese Nationalist government, CAT flew supplies and ammunition into China to assist the Chinese Nationalist forces on the mainland. When the Nationalists were defeated in 1949, the airline then assisted in evacuating thousands of Chinese by air to the island of Taiwan. Facing financial difficulties, the airline was purchased by the Central Intelligence Agency (CIA) in 1950. CAT was then used in clandestine missions to fight against communism in Asia, while at the same time continuing to fly regularly scheduled passenger flights with its other aircraft. 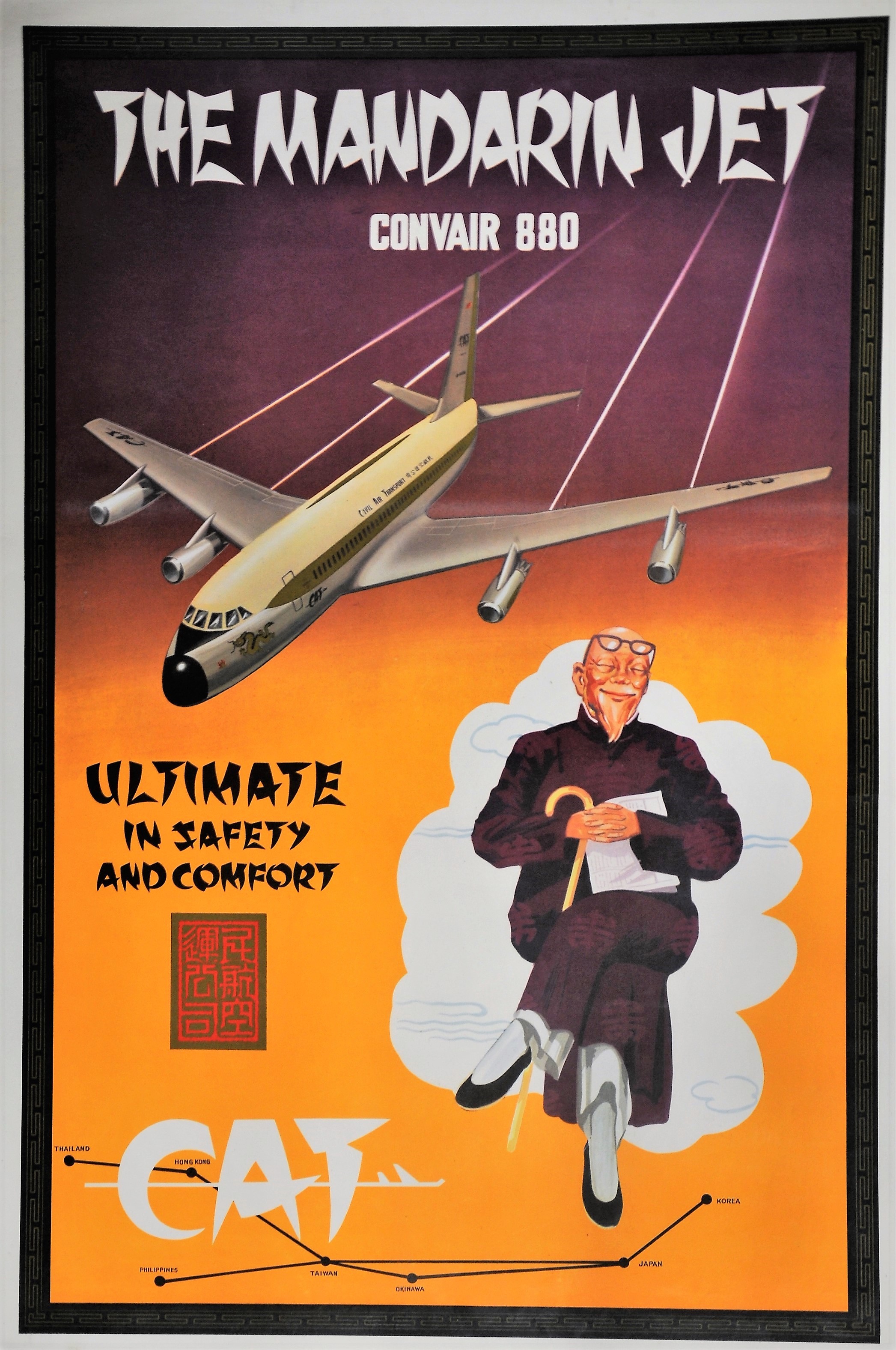 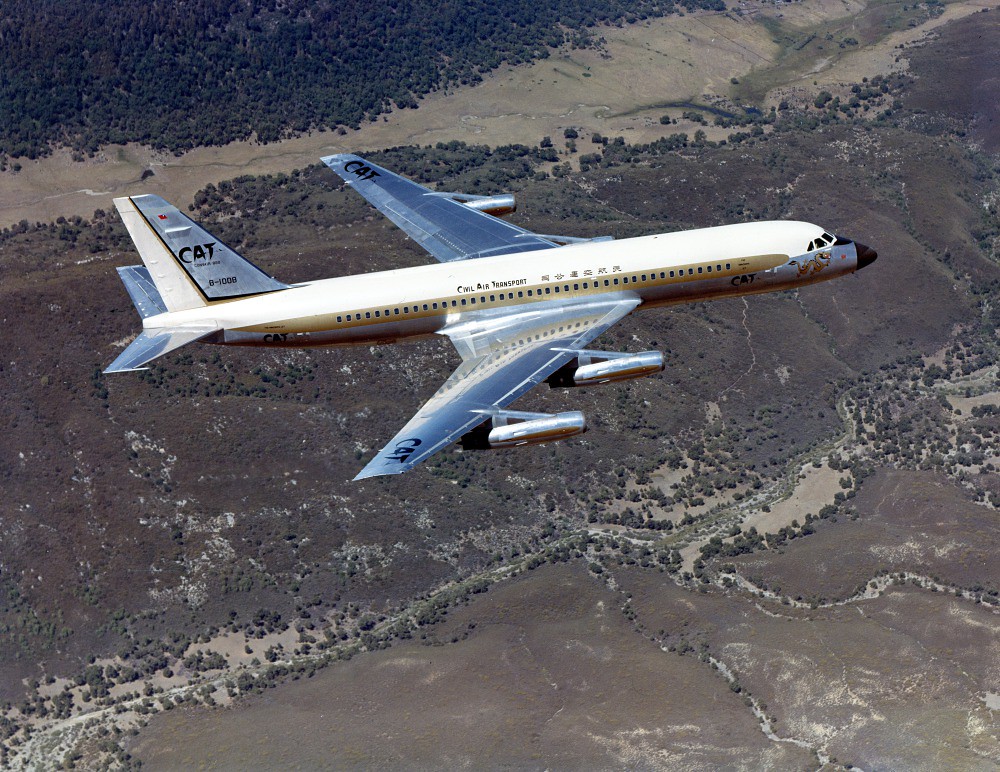 CAT flew the 880, built by Convair, a company that was based in San Diego.

These two posters advertising commercial flights for CAT show the unique nature of this intriguing airline. CAT started to operate scheduled passenger services, beginning with international flights to Hong Kong, then to Japan, Korea, the Philippines and Thailand, as well as domestic routes within Taiwan. These posters highlight the rich cultural heritage and scenic beauty of the regions to the passengers, while at the same time the airline is doing covert missions in the background. Throughout the Korean War, CAT flew countless missions to supply war materials to both U.S. and French military operations. In 1959 CAT was renamed Air America. Under the new name, (though CAT continued to fly passenger flights out of Taiwan), Air America flew all other type of air operations in Laos and South Vietnam as communism spread throughout Southeast Asia. In 1976, Air America’s twenty-six year stint as the CIA’s airline officially ended. 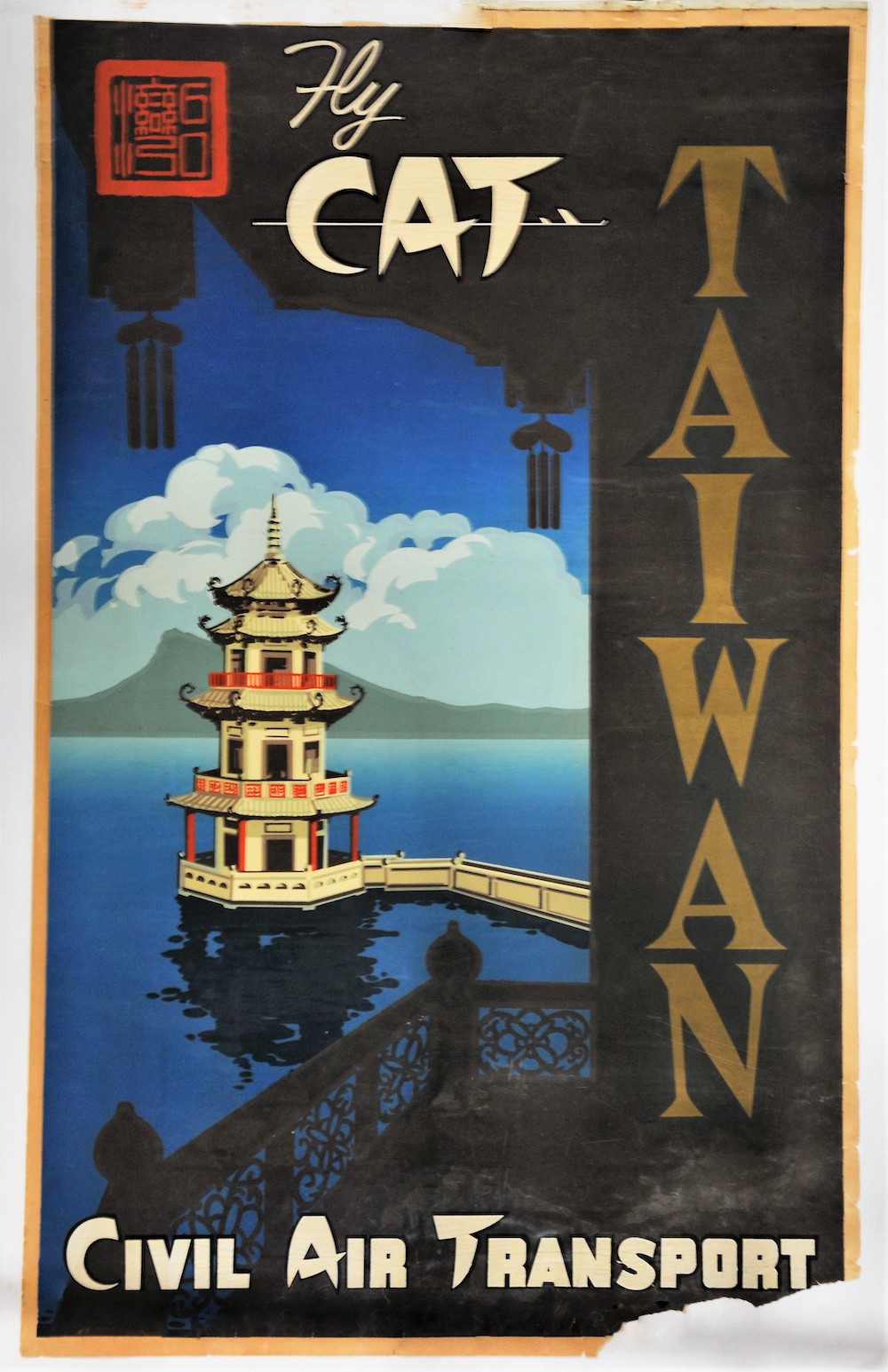 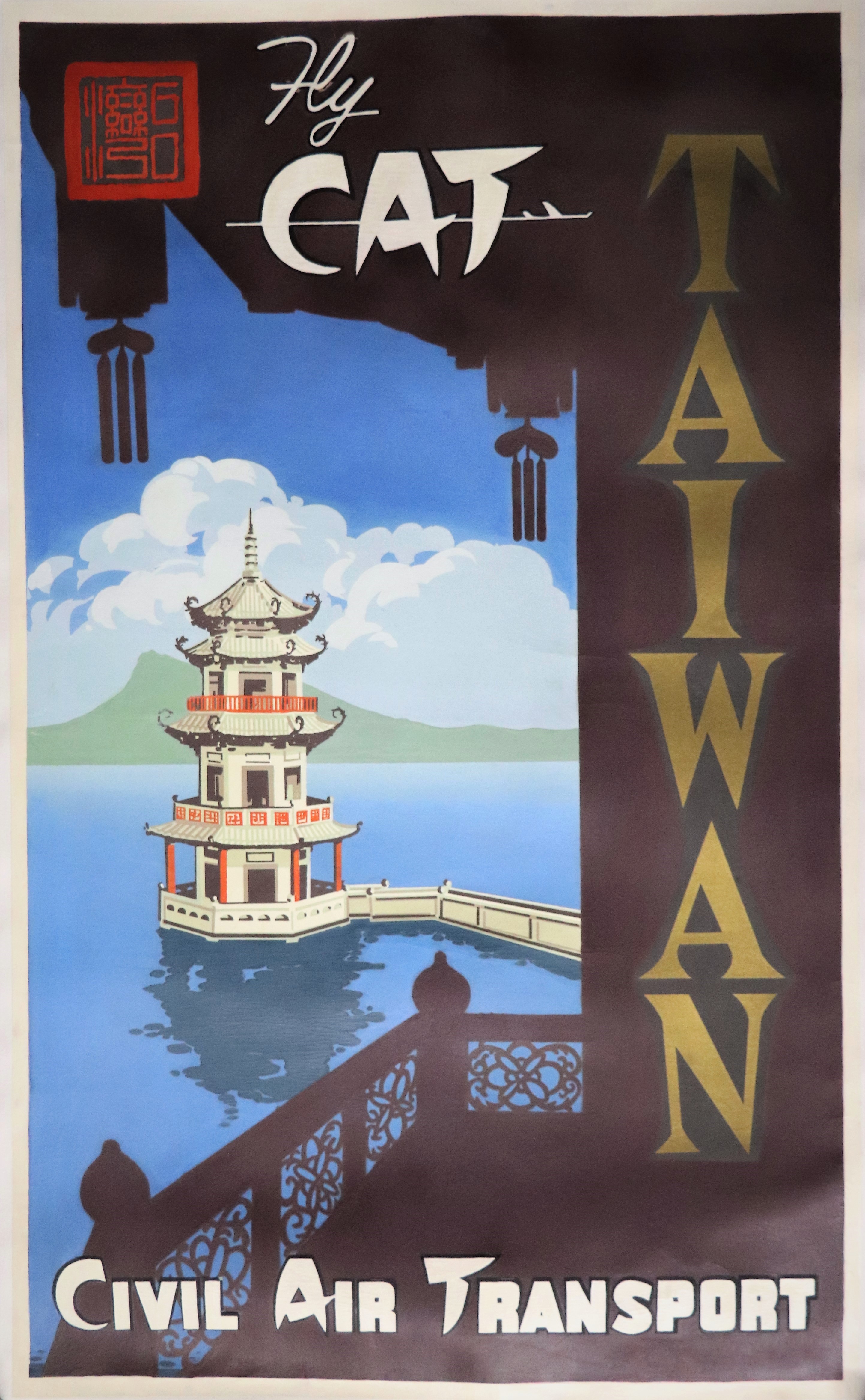 CAT poster before (left) and after restoration.

These posters were just two of several that were donated to the Museum in the 1990’s. As you can see from the first image of the Taiwan poster, several of them were in poor condition. In 2019, the Museum was given a donation to restore some of the posters in our large poster collection. The Museum has many valuable posters from World War I, World War II and numerous airline posters, this CAT Airlines poster was one of many selected to be sent to a professional restorer. This process is intricate and includes a linen backing on the poster to help flatten the folds, seal tears, and providing a base for restoration if needed. It is also good for framing or other display techniques. As you can see from the second image of the poster, it was returned to a nearly new condition and can now be properly preserved in our Museum archives or displayed as needed. These two posters not only reveal just a small history of a very intriguing airline, but also show the continuous process of what preserving that history entails.

More of our posters can be seen in our Curatorial Collection on Flickr.