Blanche Stuart Scott, also known as Betty Scott, may have been the first female aviator in the United States.  Scott was born in New York on April 8, 1884. Within a decade, gas-powered automobiles were appearing in different parts of the world and Scott was fascinated by the possibilities of this new form of travel. On May 16, 1910, she departed New York City in a car named Lady Overland. She arrived in San Francisco on July 23, 1910 becoming the second female to drive across the United States, following Alice Ramsey in August 1909. 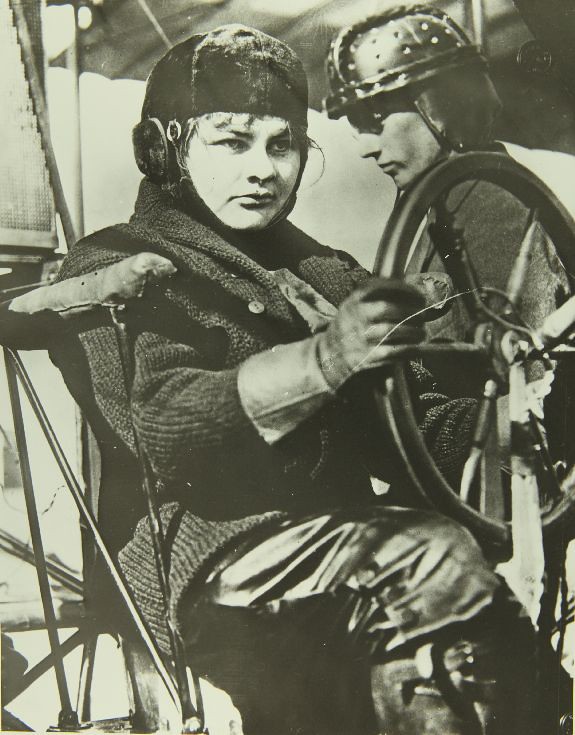 This journey caught the attention of motorcyclist and engineer, Glenn Curtiss. Curtiss, who had been developing engines for aircraft by this time, agreed to give Scott flying lessons. She was the only female to receive flying lessons from Curtiss. At first, Scott piloted her aircraft on the ground. Curtiss even had the throttle blocked to prevent the aircraft from taking off. However, in early September 1910, something caused Scott’s aircraft to lift 40 feet into the air. She managed to land safely, unintentionally becoming the first female to fly solo in the United States. This title is shared with Bessica Raiche, who intentionally flew a week or two after Scott, although the exact date of Scott’s flight is unclear. 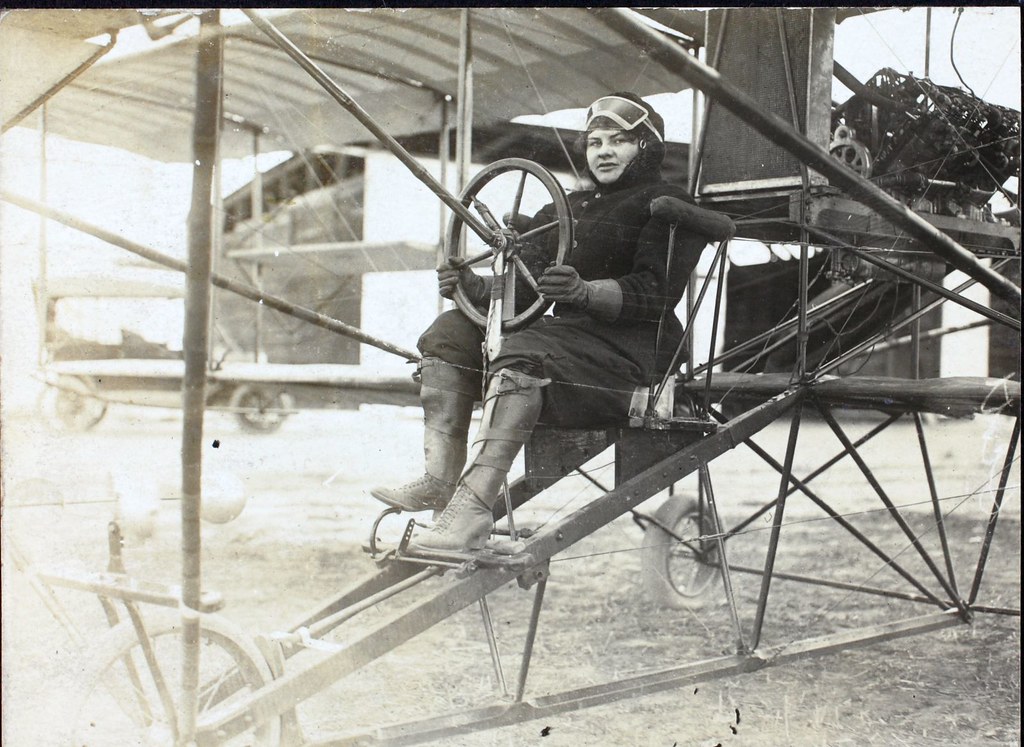 Shortly afterwards, Scott became a professional aviator. She joined the Curtiss exhibition team and became the first female to perform public flights in the United States. Scott performed aerial stunts that earned her the nickname “Tomboy of the Air.” These stunts included flying upside down and “death dives” that involved diving from a height of 4,000 feet to 200 feet above the ground before leveling the aircraft. By 1912, Scott became the first female test pilot when aviator and engineer, Glenn Martin, hired her to fly prototypes of his aircraft. She continued to fly in exhibitions until 1916 when she retired following multiple aircraft disasters in the industry. 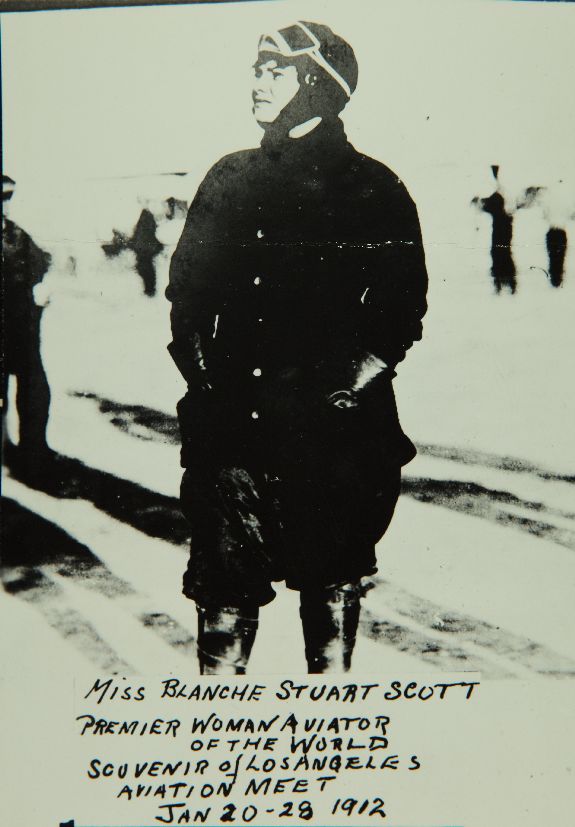 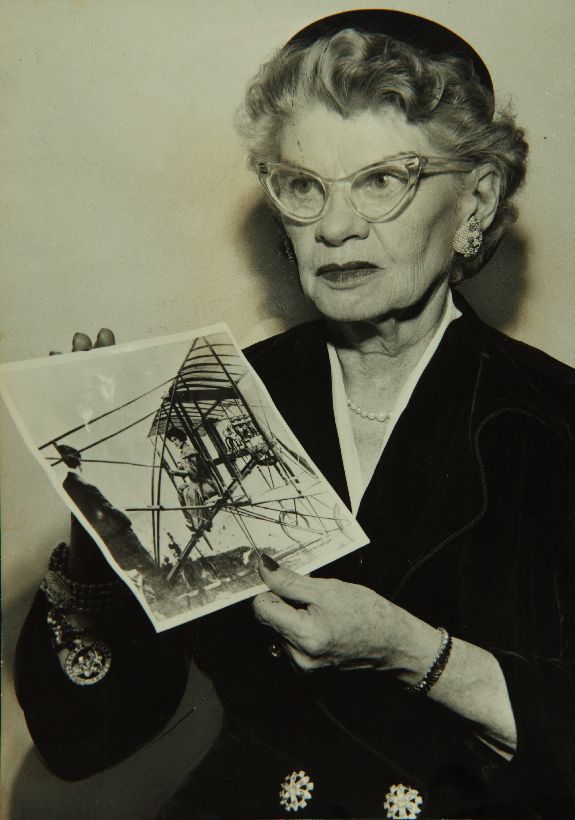 An older Blanche displaying a photo of a younger Blanche.

The San Diego Air and Space Museum Library and Archives houses many rare photos of Blanche, which can be found here.