Born in Los Angeles in 1897, Albert S. Menasco was a key figure in the design of airplane engines in the years between the two World Wars. A high school dropout in Los Angeles, he became a wing-walker on stunt airplanes. Rejected by the Army in World War I because of a hearing impairment, he became a civilian instructor in aircraft engineering for the Signal Corps at Langley Field, Va.

He resumed his automotive career after the, including racing midget cars of his own construction, until a friend gave him some war-surplus airplane engines. He promptly started the Menasco Motors Corp. to modify the engines for commercial use. When that failed, Menasco set out to design his own motors, and in 1929 he came out with the first of a series of in-line, air-cooled engines.. Menasco’s greatest success came in racing, where his in-line engines were modified for high performance, won regularly” Before long it was powering aircraft that won major prizes, including the Thompson Trophy in 1937. 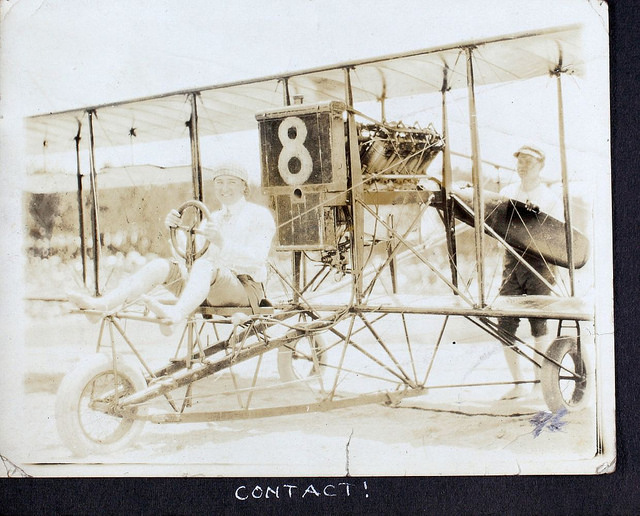 Menasco’s innovations in the configuration of engine parts to increase the efficiency of air-cooling found their way into many subsequent aircraft motors, but by 1938 he had left the company he founded. The company was later sold to Colt Industries. Menasco Motors began to specialize in landing gear, and the company would go on to build landing gear for the Space Shuttle.

Menasco opened a car dealership, tried his hand at grape cultivation and winemaking, and was sought out for advice by aviators and engine manufacturers for the rest of his life, which ended in 1988. At some point, Menasco began close friends with actor Clark Gable. Menasco was best man for Gable’s wedding to Kay Spreckles, which took place at Menasco’s St. Helena winery. Today the property is owned by the Marston Family Vineyard.

Link to the Albert Menasco album (AL-88) images on Flickr.