The Aerojet Rocketdyne RL10 engine was initially built by Pratt and Whitney and burns cryogenic liquid hydrogen and liquid oxygen propellants.  It had it first successful flight took place on November 27, 1963 when it two RL10 engines were used to propel the upper stage of Atlas Centaur 2, which was built by Convair in San Diego.

The RL10 was also used with the Saturn and Titan programs, and continues to be used to this day. On March 26, 2020, the RL10 made its 500th flight delivering an Advanced Extremely High Frequency (AEHF) military communications satellite on board an Atlas V rocket. 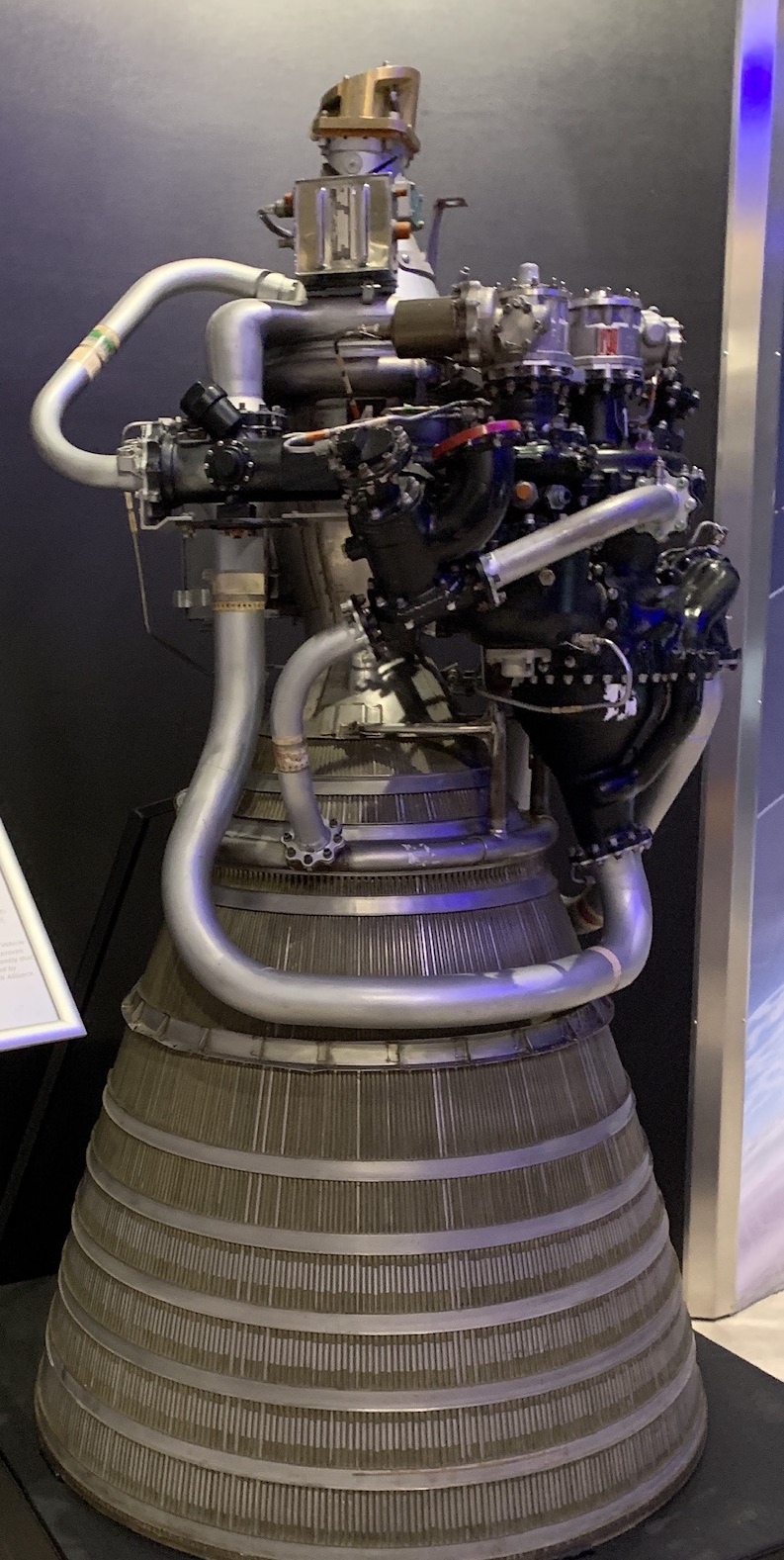 The Museum's RL10 engine was donated to the Museum by Hal Hahn, an is on display in our Space: Our Greatest Adventure special exhibit. 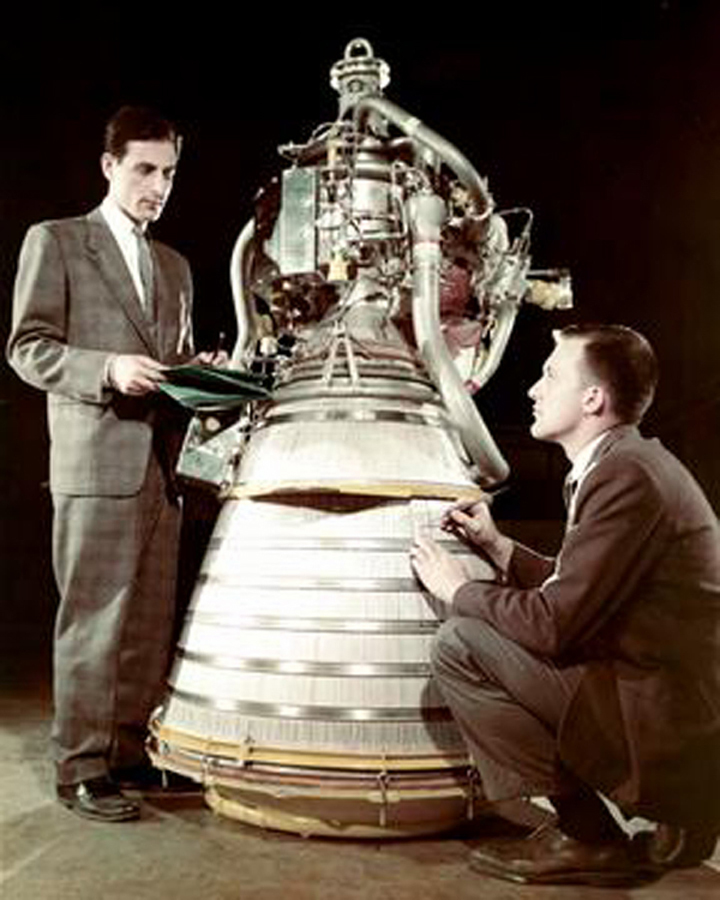