The San Diego Air & Space Museum Invites You To: 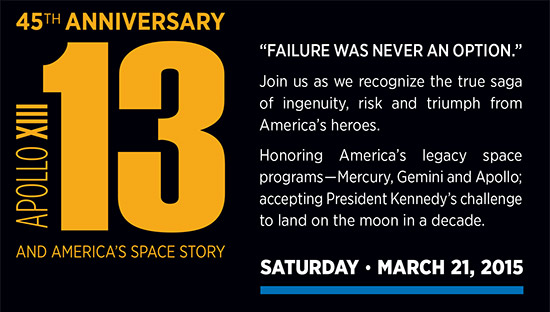 During five tension-filled days in the spring of 1970, the Apollo 13 crew of Jim Lovell, Fred Haise and Jack Swigert struggled to survive in a crippled spacecraft. They were heading to the moon, planning to make America’s third lunar landing, when a disastrous explosion not only canceled their plans, but put their survival in serious doubt. Short on power, heat, water, and breathable air, their odds were not good. They made it safely back to earth because of their own efforts, in partnership with a determined team on the ground who performed ingenious engineering miracles to keep them alive. 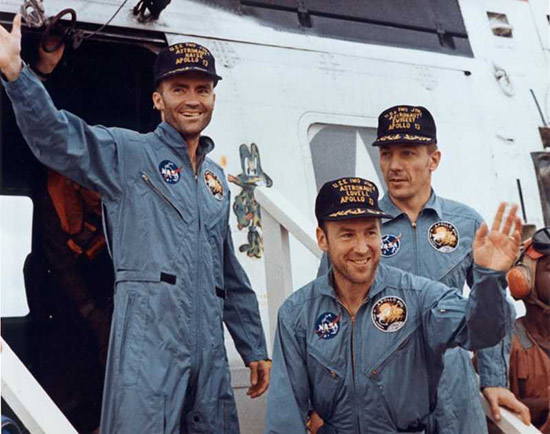 The San Diego Air & Space Museum is offering a special and rare opportunity to meet the astronauts of Apollo 13, plus the key people on the ground who directed the efforts to help save them in space. Joining them will be others from the Mercury, Gemini and Apollo programs to relate how they all triumphed over great adversity.

*This is a no autograph event.

Registration for this event has ended.