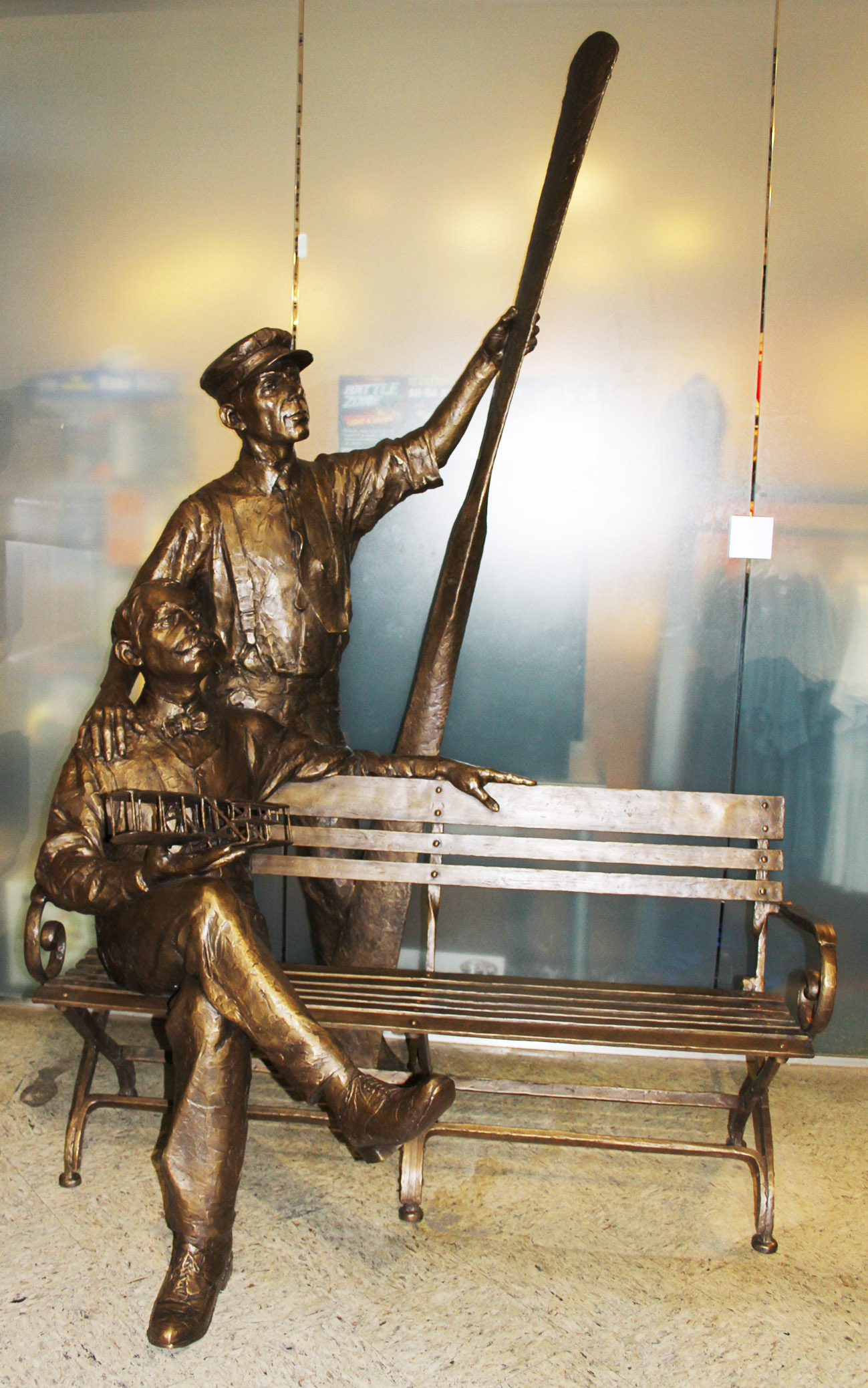 Have you ever wanted to get your picture taken with two of the world’s most famous aviators, Orville and Wilbur Wright?

The San Diego Air & Space Museum recently debuted a new, one-of-a-kind bench featuring likenesses of the Wright Brothers in the Theodore Gildred Rotunda. The bench is a great place to take unique photos and share them with your family and friends.

The bench was created by artist Gary Lee Price, who describes his inspiration on his website as follows:

“I have always been absolutely fascinated with Orville and Wilbur Wright and astounded how these two tightly knit brothers changed the course of history and how they were able to finally ‘crack the nut’ that had mankind earthbound for centuries!Of course we all know that ideas and inventions build upon each other, but it was these two very unassuming Dayton, Ohio bicycle shop owners, with their practical knowledge of maneuverability and ‘control’, who surpassed all the previous dreamers and predecessors!

To get aloft was one feat – to have CONTROL was truly the critical factor. Their ingenious idea of ‘wing warping’ was applied to not only turning the airborne craft on three axis, but also in its actual propulsion through the air as well. For those reasons I chose to depict Orville and Wilbur very approachable and ‘grounded’ on and near their bench, and yet both airborne in their thoughts and vision for the future!

The 8.5 ft. propeller that Wilbur holds was masterfully hand carved out of spruce and weighed a mere 6 pounds, and yet the two props provided enough thrust (90 lbs.) to get the 1903, 605 lb., 40-foot wingspan, biplane off the ground for hundreds of feet that epic December day. No longer would mankind merely walk the earth. From that day forward not even our earth’s atmosphere would limit our reach!”

The bench was made possible by a generous donation from Museum Board Member Tom Sudberry.

The Wright Brothers were inducted into the International Air & Space Hall of Fame in 1965. Click here to view their profile. 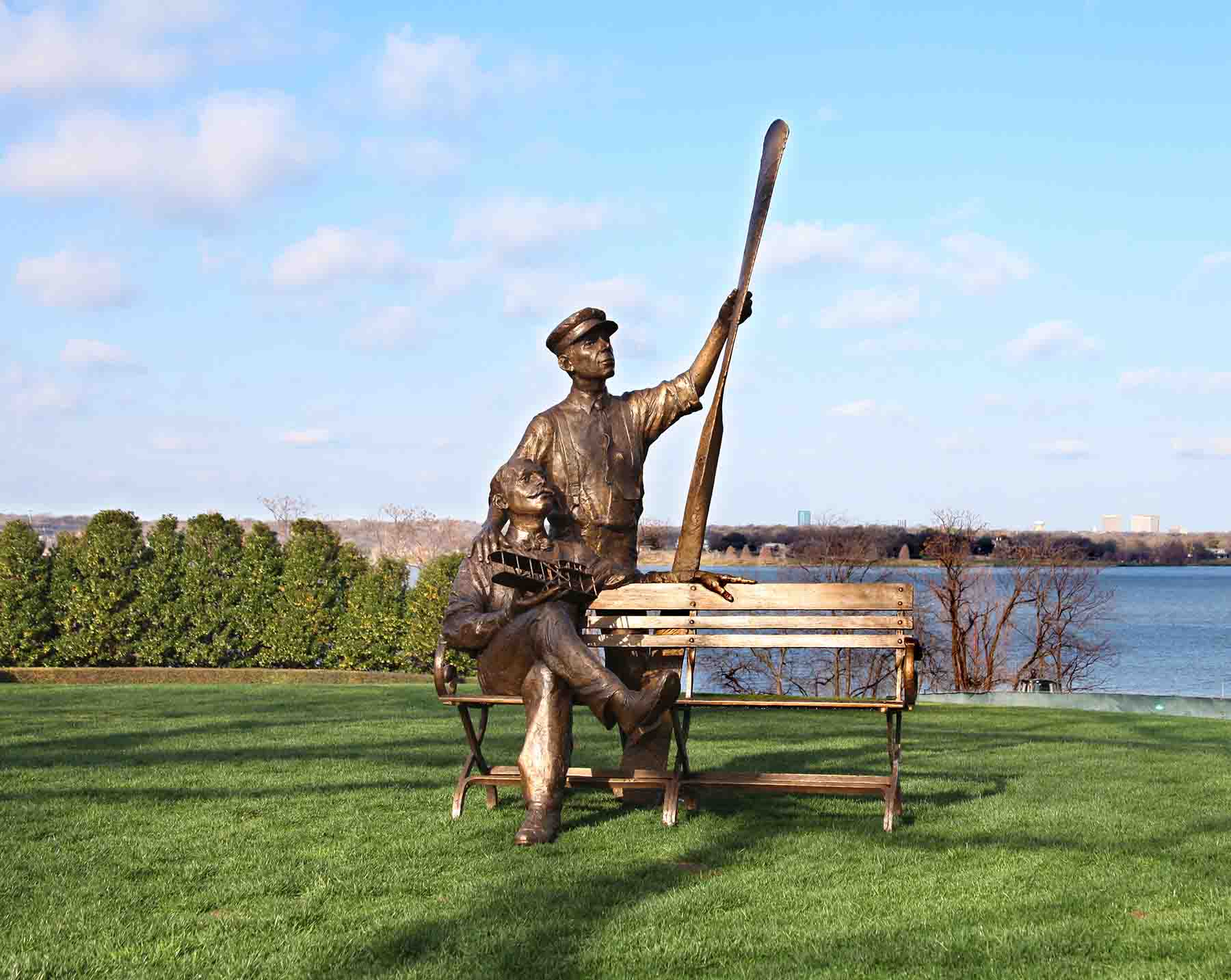