“The San Diego Air & Space Museum is honored to be the final home of the last flying S-3B Viking aircraft, one of the most iconic the annals of Naval aviation history,” said Jim Kidrick, President & CEO of the San Diego Air & Space Museum. “We are thrilled to display and share it with future generations of visitors to our Gillespie Field Annex in El Cajon. It is a truly worthy and welcome addition to our already impressive collection.” 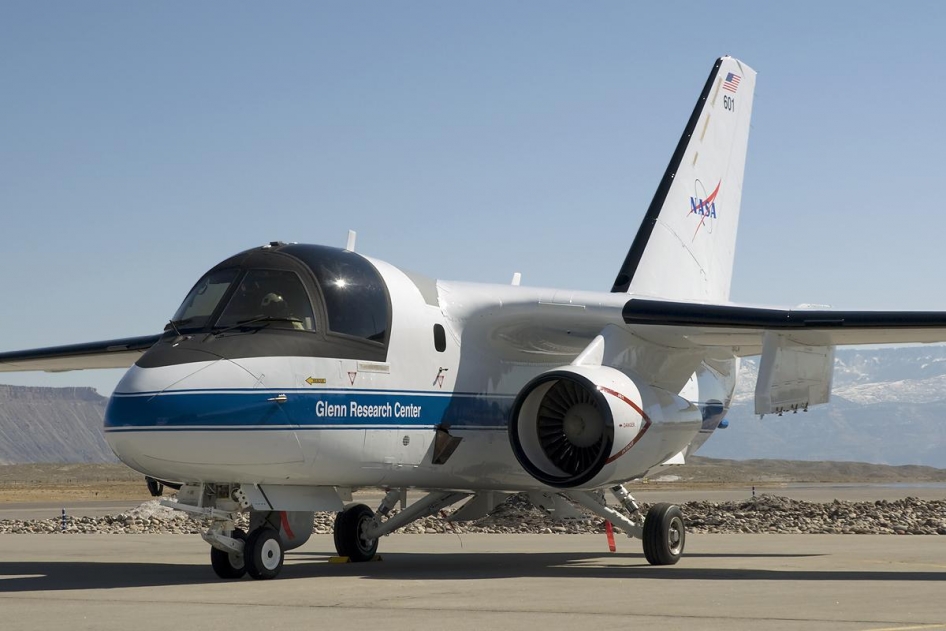 NASA’s rare S-3B is the last flight-worthy Viking in the world. Originally designed by Lockheed Martin for the U.S. Navy as an anti-submarine warfare (ASW) aircraft, the Viking was put out of active service by the U.S. Navy in 2009. NASA’s S-3B Viking was completely reconfigured in 2006 for flight research purposes. All weapons systems were removed and replaced with civilian avionics, GPS, and satellite communications systems to conduct flight communications research.

One of its major contributions was helping NASA’s aeronautical innovators define communications standards that the Federal Aviation Administration (FAA) can apply to the unmanned aircraft systems for safe operation in U.S. airspace.

On its way to San Diego, the Viking departed Cleveland, Ohio on Tuesday, July 13. The plane made one re-fueling stop on the way. After a spectacular flyover of North Island Naval Air Station, the aircraft flew to Gillespie Field in El Cajon, where it landed and taxied to its new home at the San Diego Air & Space Museum’s Annex at 335 Kenney Street, El Cajon, CA 92020.