Work on the Hughes Racer continues with the team cabling the controls for the elevators and rudder. Toward the front end, the interior parts continue to be built. The machine shop deserves credit for fabricating some of the more complex and intricate components. 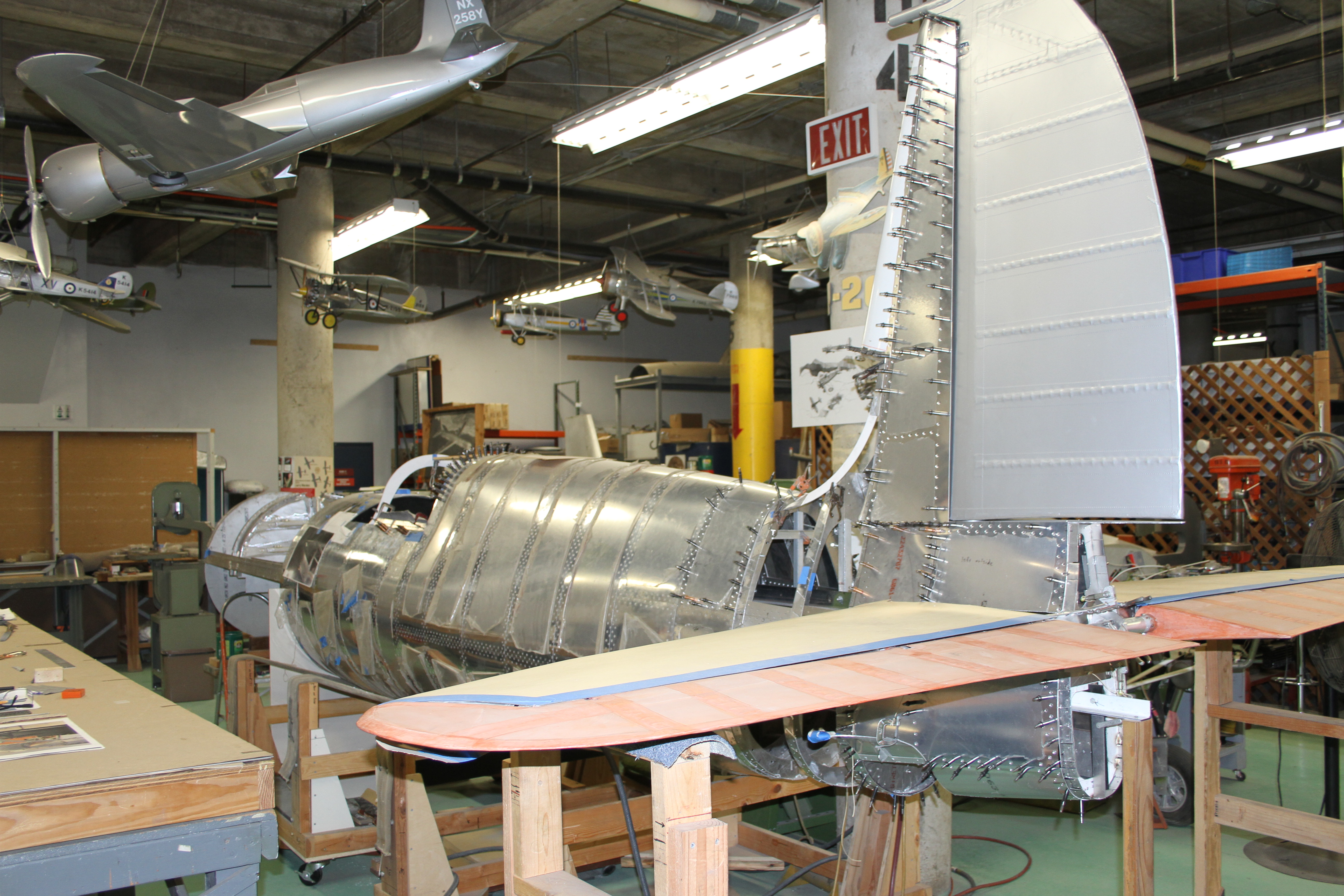 The Hughes Racer is coming along nicely in the Museum's Restoration Shop in Balboa Park.

Volunteer Bob Bernier has returned to the wood working project, and with the help of the crew, they are working on the ailerons and flaps for the wings of the Racer.

At Gillespie Field, work continues on the restoration of the Museum’s Wright Flyer. As work is completed on the three sections, they will be brought to Balboa Park for final assembly and put on display in the Rotunda as part of the Milestones of Flight exhibit. 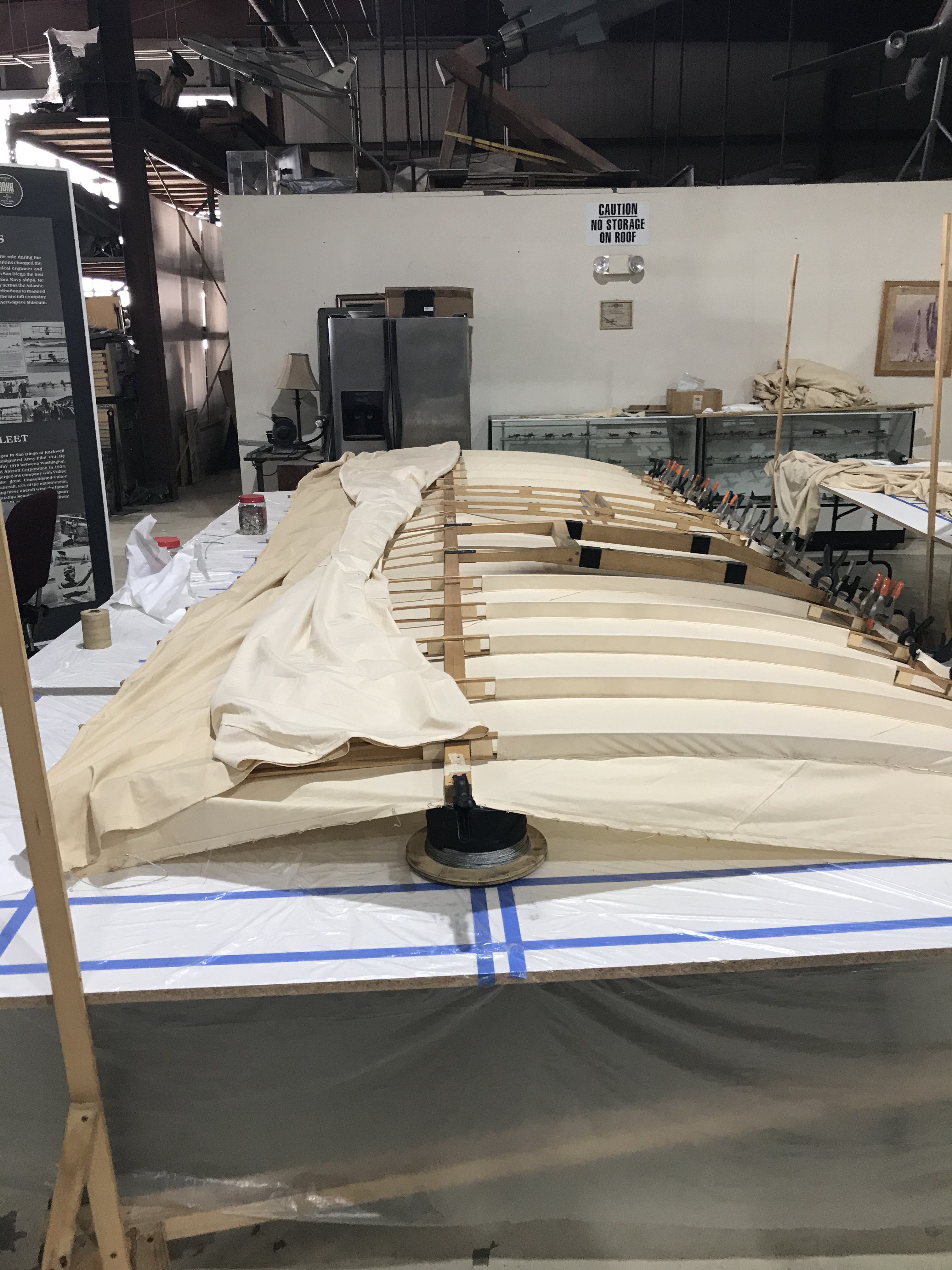 The wing for the Wright Brothers Flyer being restored at the Museum's Gillespie Field Annex.

Volunteers Larry and Leo are finishing the metal work on the FB-5 aircraft, and they are very close to mating the wheels to the axles. Most of the remaining fuselage still needs to be covered with fabric.

Volunteers Bill and Gayle continue to labor away on the massive upper wing of the aircraft, now about 75% complete. The wing will soon be lifted from the balcony above the gallery floor and lowered for completion