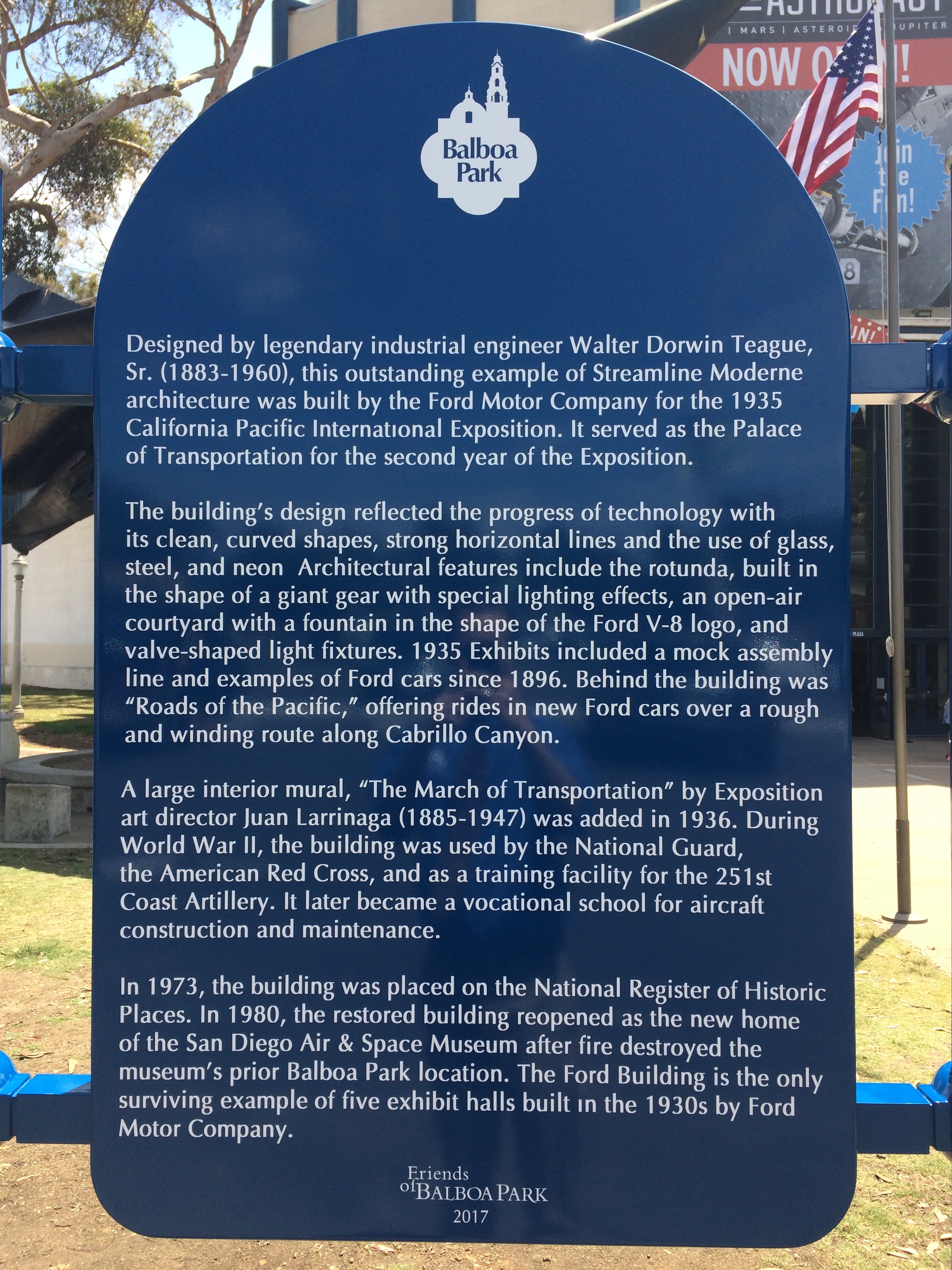 The San Diego Air & Space Museum has a new addition outside the entrance to its Balboa Park location; an updated historical sign.

The sign tells the history of the building as follows:

“Designed by legendary industrial engineer Walter Dorwin Teague, Sr. (1883-1860), this outstanding example of Streamline Moderne architecture was built by the Ford Motor Company for the 1935 California Pacific International Exposition. It served as the Palace of Transportation for the second year of the Exposition.

The building’s design reflected the progress of technology with its clean, curved shapes, strong horizontal lines and the use of glass, steel and neon. Architectural features include the rotunda, built in the shape of a giant gear with special lighting effects, an open-air courtyard with a fountain in the shape of the Ford V-8 logo, and valve-shaped light fixtures. 1935 Exhibits included a mock assembly line and examples of Ford cars since 1896. Behind the building was “Roads of the Pacific,” offering rides in new Ford cars over a rough and winding route along Cabrillo Canyon.

A large interior mural, The March of Transportation” by Exposition art director Juan Larrinaga (1885-1957) was added in 1936. During World War II, the building was used by the National Guard, the American Red Cross, and as a training facility for the 251st Coast Artillery. It later became a vocational school for aircraft construction and maintenance.

In 1973, the building was placed on the National Register of Historic Places. In 1980, the restored building reopened as the new home of the San Diego Air & Space Museum after fire destroyed the museum’s prior Balboa Park location. The Ford Building is the only surviving example of five exhibit halls built in the 1930s by Ford Motor Company.”

The historical sign was made possible through efforts of the Friends of Balboa Park. 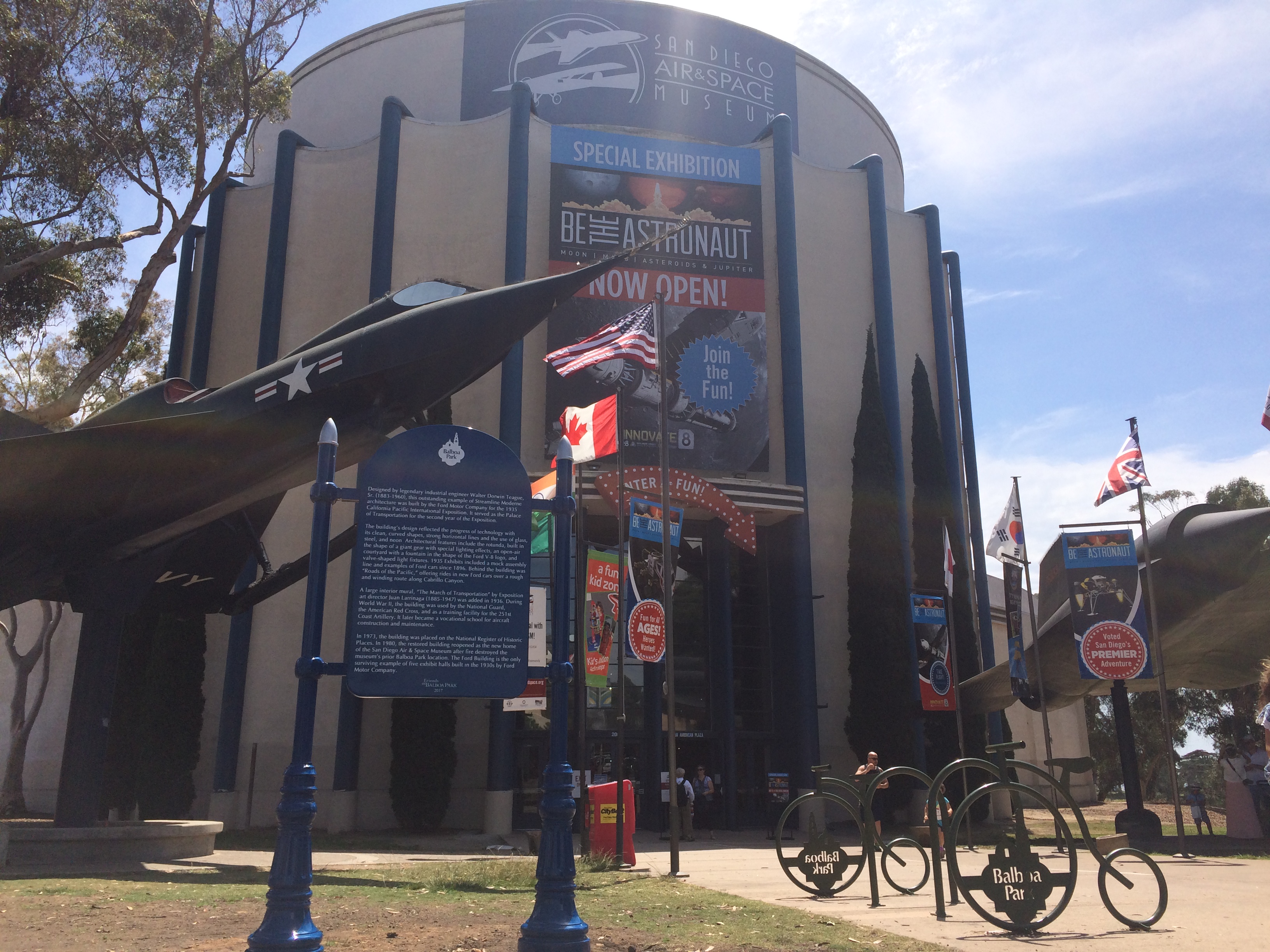