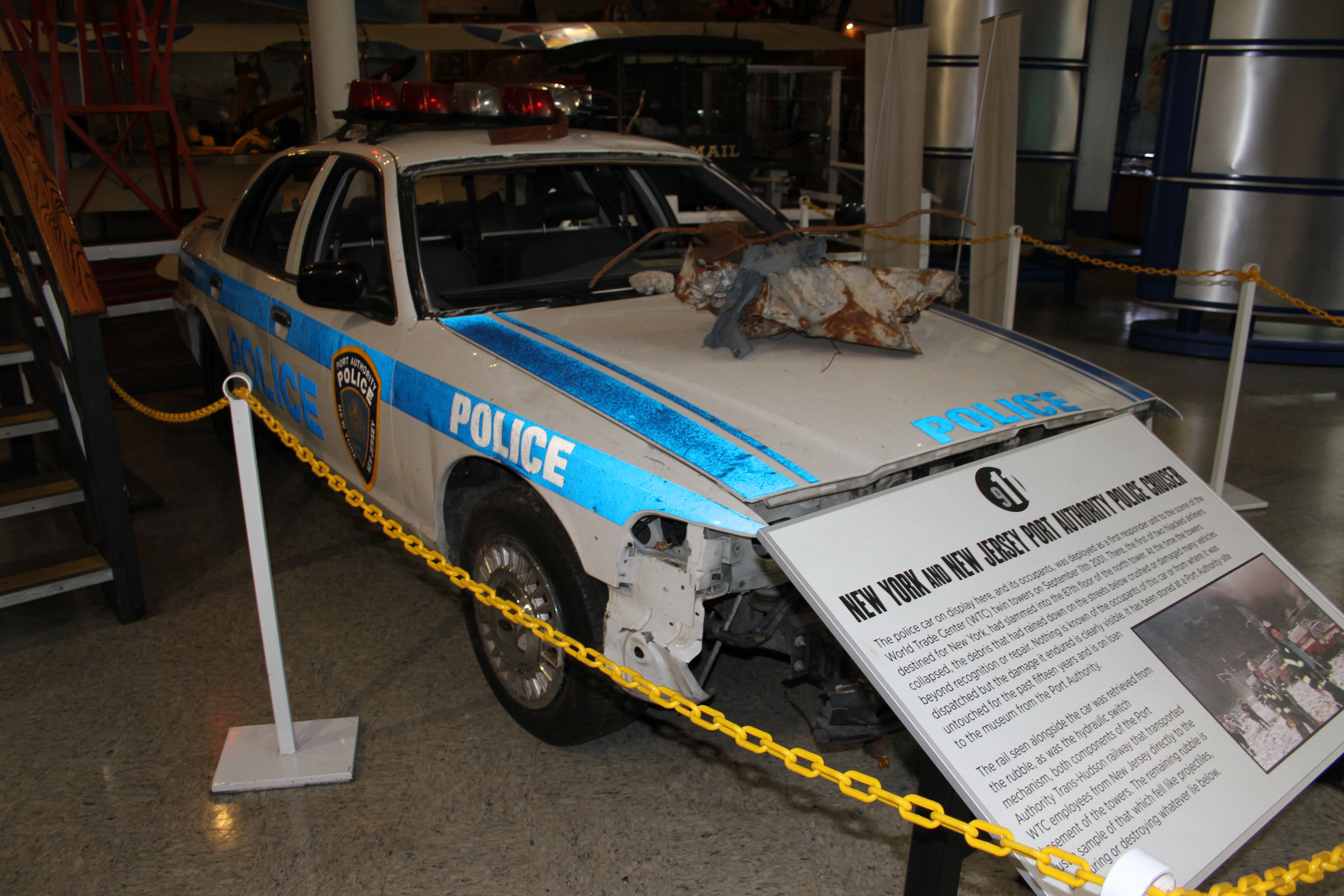 The San Diego Air & Space Museum is honoring 9/11 first responders with a new exhibit featuring a car from the Port Authority of the New York and New Jersey Police Department damaged at Ground Zero on September 11, 2001, 15 years ago this year.

“Every year on September 11 we are reminded of the brave first responders who made the ultimate sacrifice in devotion to their duty and to their fellow Americans,” said Jim Kidrick, President & CEO of the San Diego Air & Space Museum. “The San Diego Air & Space Museum is proud to honor all of the first responders across this great nation who go to work every day to help make our country a safer and better place.”

The police car on display and its occupants were deployed as first responders to the scene of the World Trade Center Twin Towers on September 11, 2001. There, the first of two hijacked airliners slammed into the 87th floor of the north tower. When the towers collapsed, the debris rained down on the streets below and crushed or damaged many vehicles beyond recognition or repair. Nothing is known about the occupants of the car or from where it was dispatched, but the damage it endured is clearly visible. The car was stored at a Port Authority site untouched for the past 15 years and is on loan to the museum from the Port Authority.

The rail seen alongside the car was retrieved from the rubble, as was the hydraulic switch mechanism, both components of the Port Authority Trans-Hudson railway that transported World Trade Center employees from New Jersey directly to the basement of the towers. The remaining rubble are samples of the buildings’ remains which fell, disfiguring or destroying everything below.

The exhibit is free with paid general admission to the San Diego Air & Space Museum. 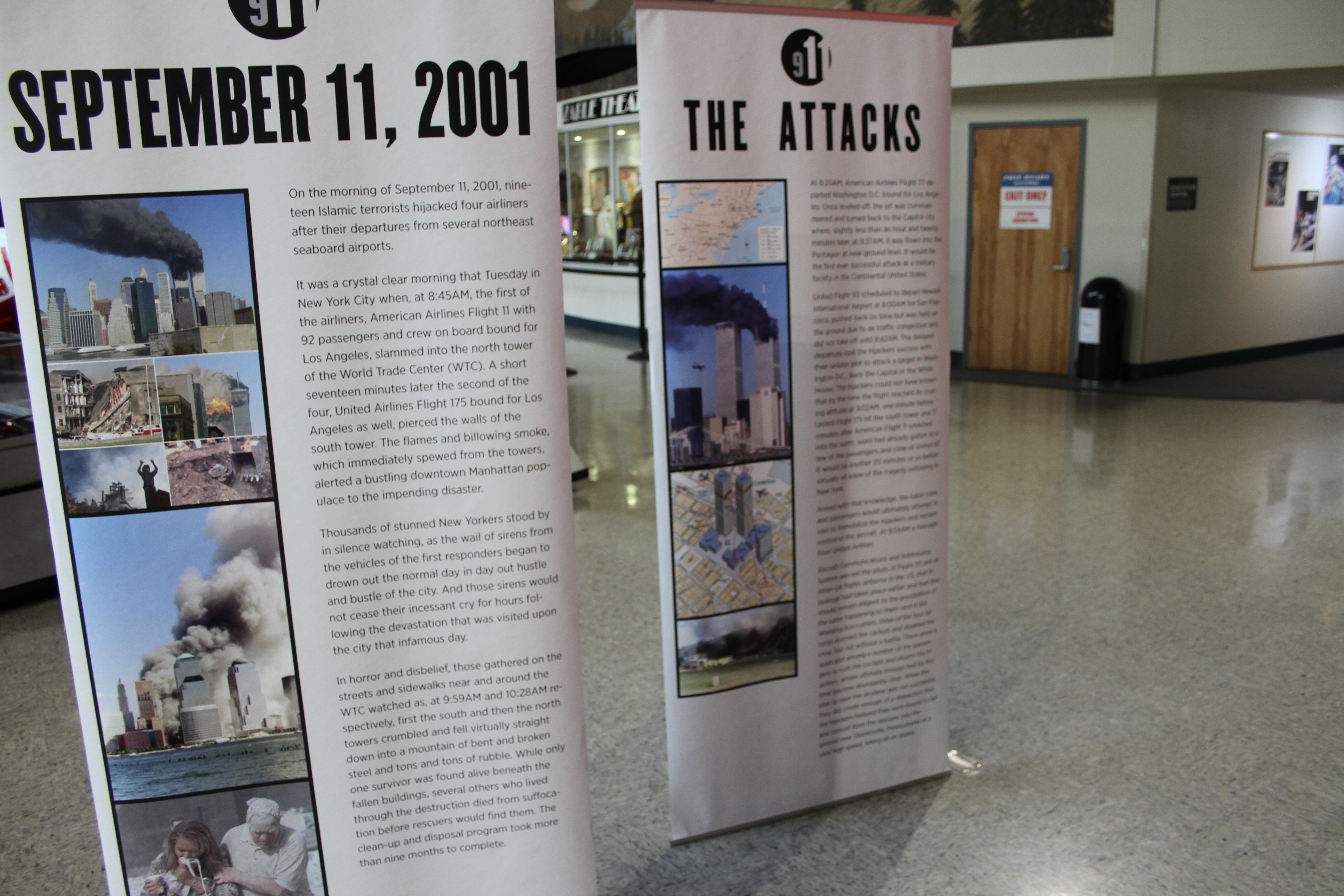