The San Diego Air & Space Museum's Library & Archives received a new donation of Lillian Boyer’s Personal Papers. The collection contains photos and documents pertaining to Boyer’s time as a stunt performer. Materials will be available for research once it has been processed and digitized.

Lillian Boyer (1901-1989) was a sensational aerialist during the 1920s. She had her first ride in an airplane in 1921, and on the second ride, she climbed out on the wing. From late 1921 to late 1928, Lillian dazzled huge crowds at fairs in 22 states as she took to the air in a Curtiss Jenny biplane piloted by the well-known flier William S. Brock. Throughout her career, she performed at 352 shows in 41 states and Canada, completing 143 automobile-to-plane changes and 37 parachute jumps. 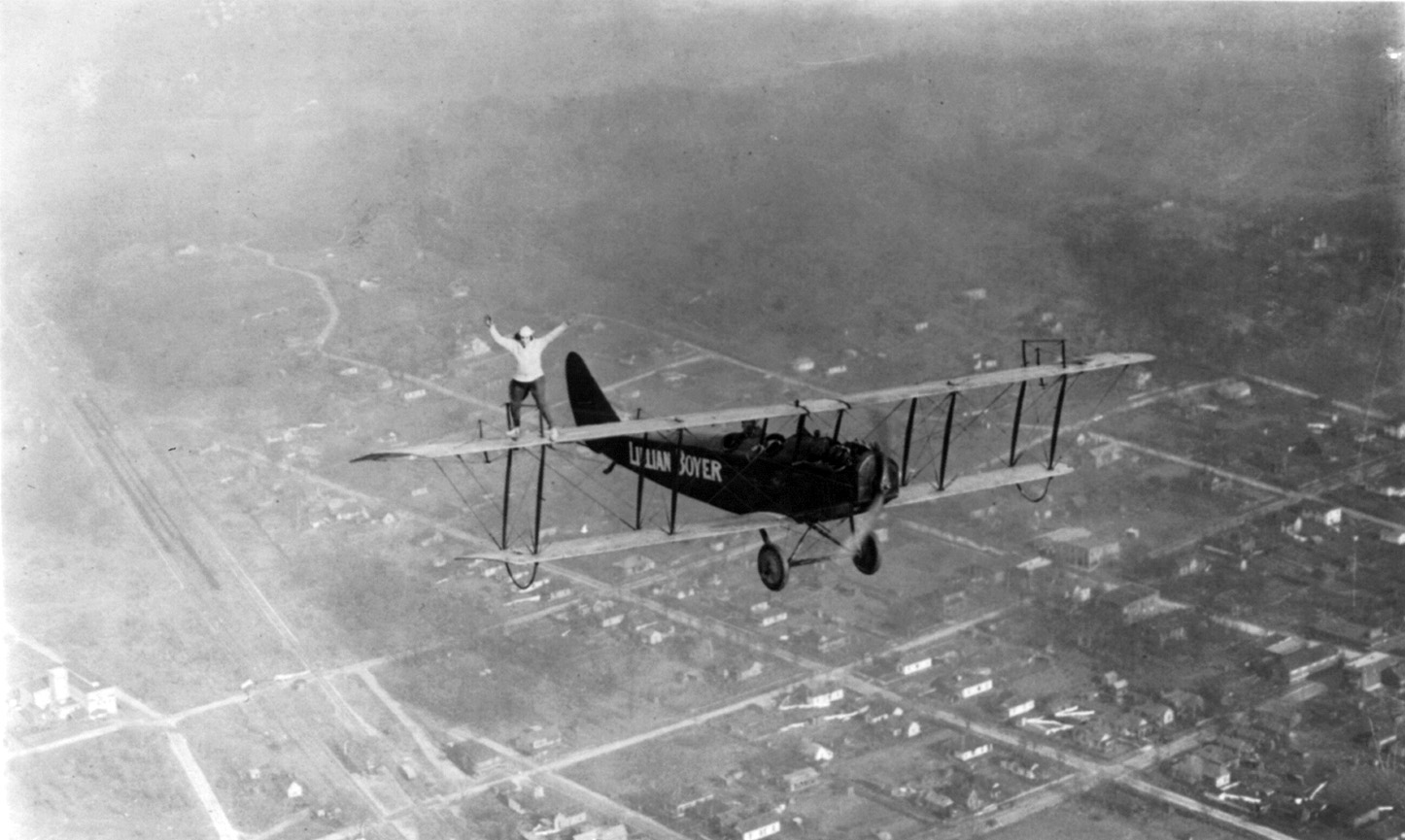 As an aerial daredevil, Ms. Boyer excelled at changing from a speeding automobile to an airplane (the first woman to do so); change from plane to plane; hang by her teeth (and by toes, knees, or ankles); hang by one hand from the skid under a wing tip; balance on her head; do stunts on a ladder, and also perform parachute drops. Ms. Boyer finished her stunting career on September 8, 1928, in Bethany, Missouri. In 1937, she married Ernest Werner and moved to Los Angeles in 1944. Ms. Boyer moved to San Diego in 1976 where she passed in June 1989 at the age of 89. The collection was donated to the Museum by a family member in July 2021.