The Rotunda at the Museum’s main location has been undergoing a major re-fresh over the last several months. The Bell X-1 has been relocated to a position above the pavilion doors. The Montgomery Evergreen Glider has been re-hung opposite its original position relative to the exhibit. Both the Wright gliders (1901 and 1902) have been brought back from the Gillespie Field Annex and have been hung over the Museum’s Gift Shop. 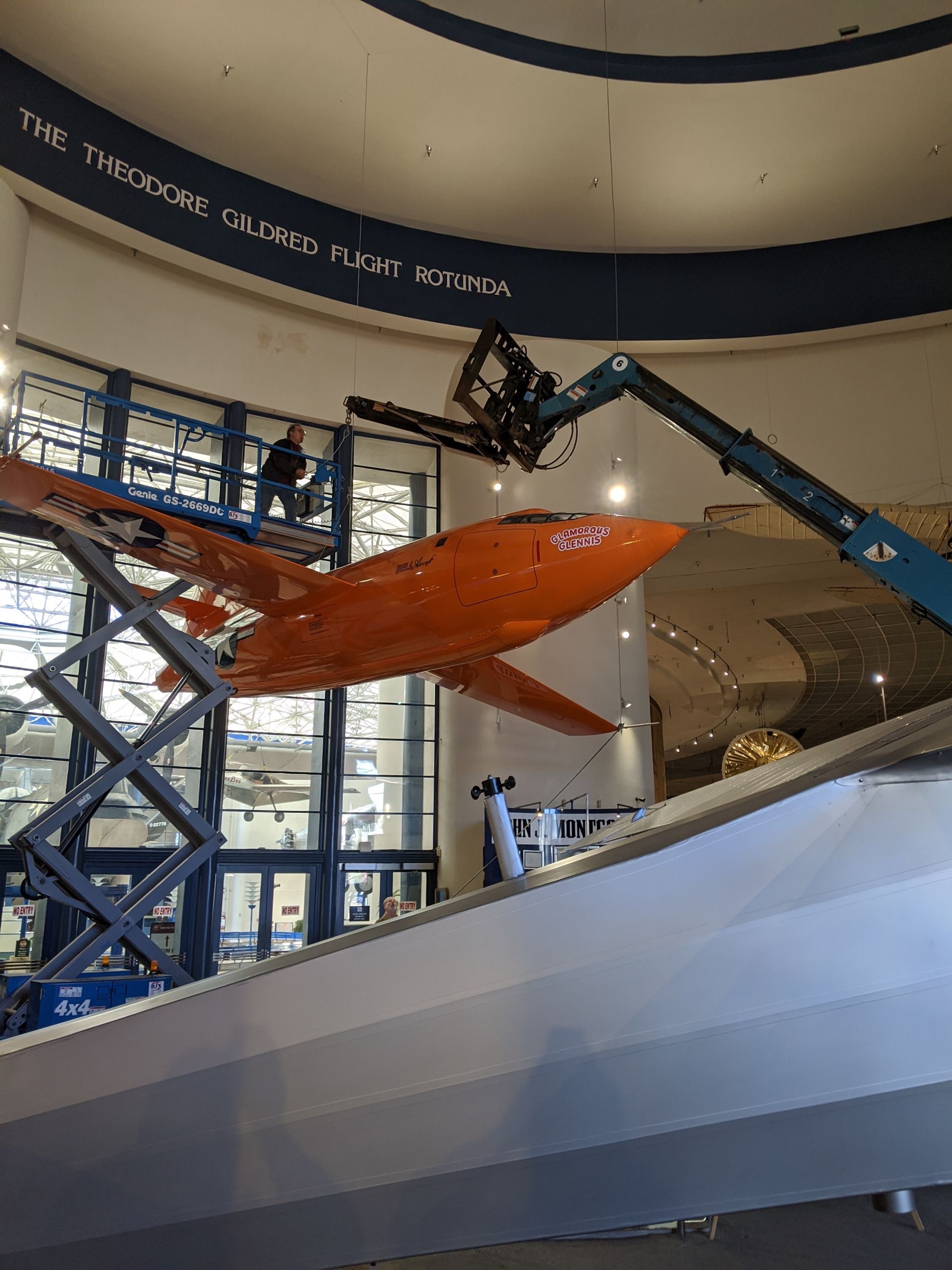 The Bell X-1 being moved to its new location in the Rotunda.

Plans are in place to bring the Montgolfier Brothers balloon back to Balboa Park soon where it will be hung over the entry doors to the museum, as we continue to develop the theme for a new exhibit in the Rotunda titled “Milestones of Flight.” 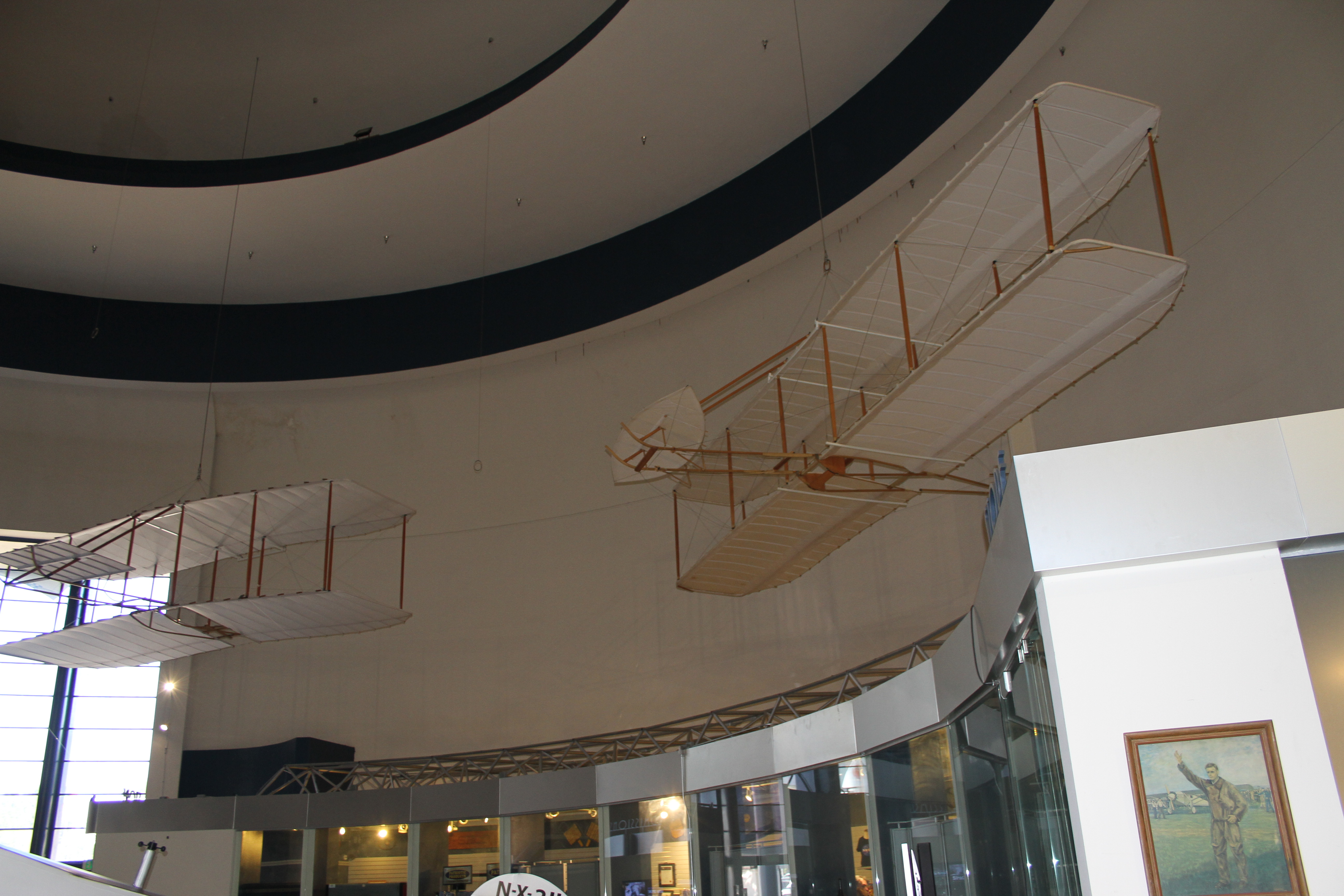 The drones that previously populated the Rotunda, including the Predator, the Firebee and the Fire Scout, have been moved and are now hanging above the simulators in the Modern Jet Age Gallery. 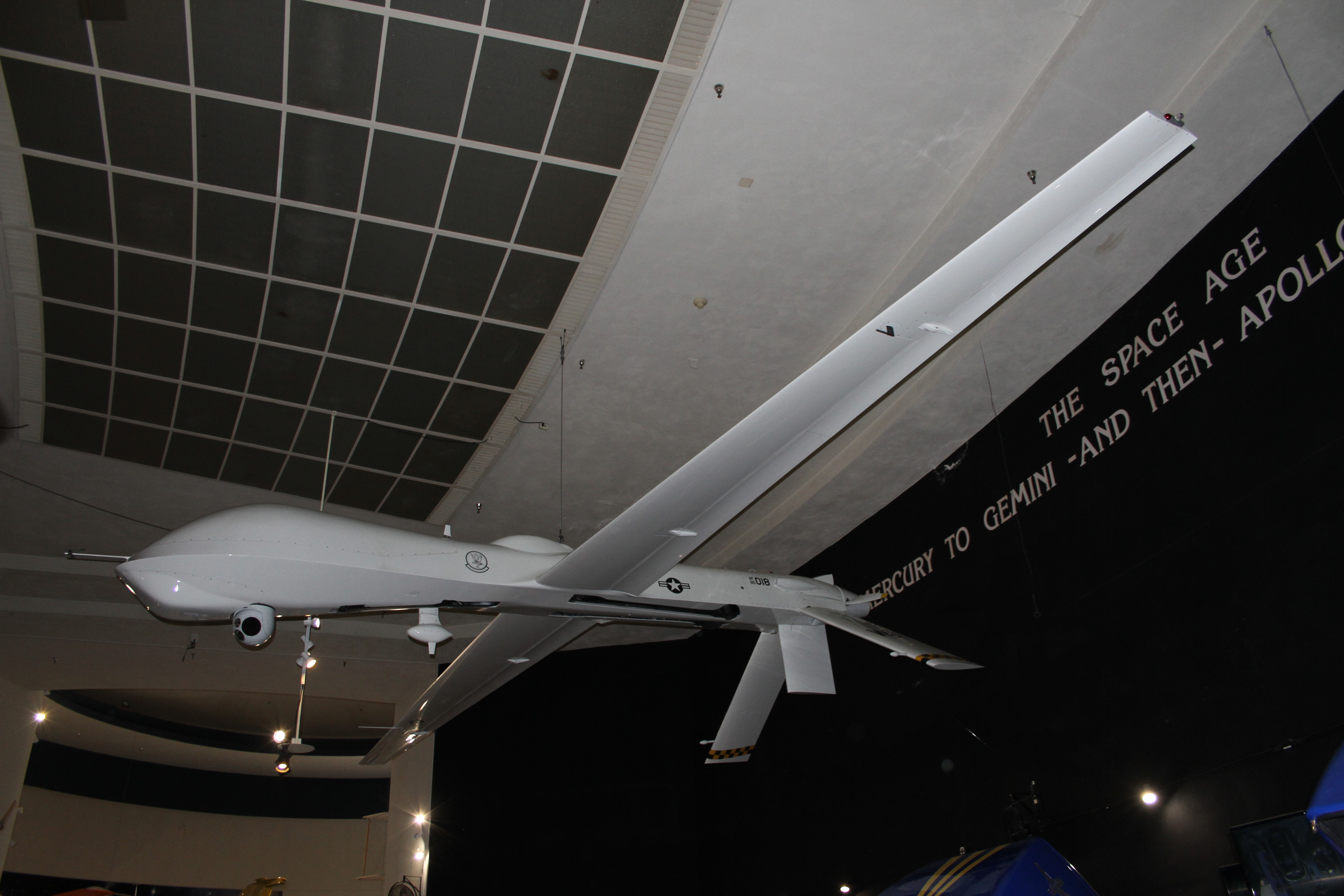 The Predator in its new home in the Modern Jet Age Gallery.

For those of you who wonder what happened to the Global Hawk scale model, it was transported to Gillespie Field where it eventually hang in hangar number two. The Museum received help from Bulldog Towing (photo below) when it moved the massive Global Hawk wing from its main location in Balboa Park to Gillespie Field. 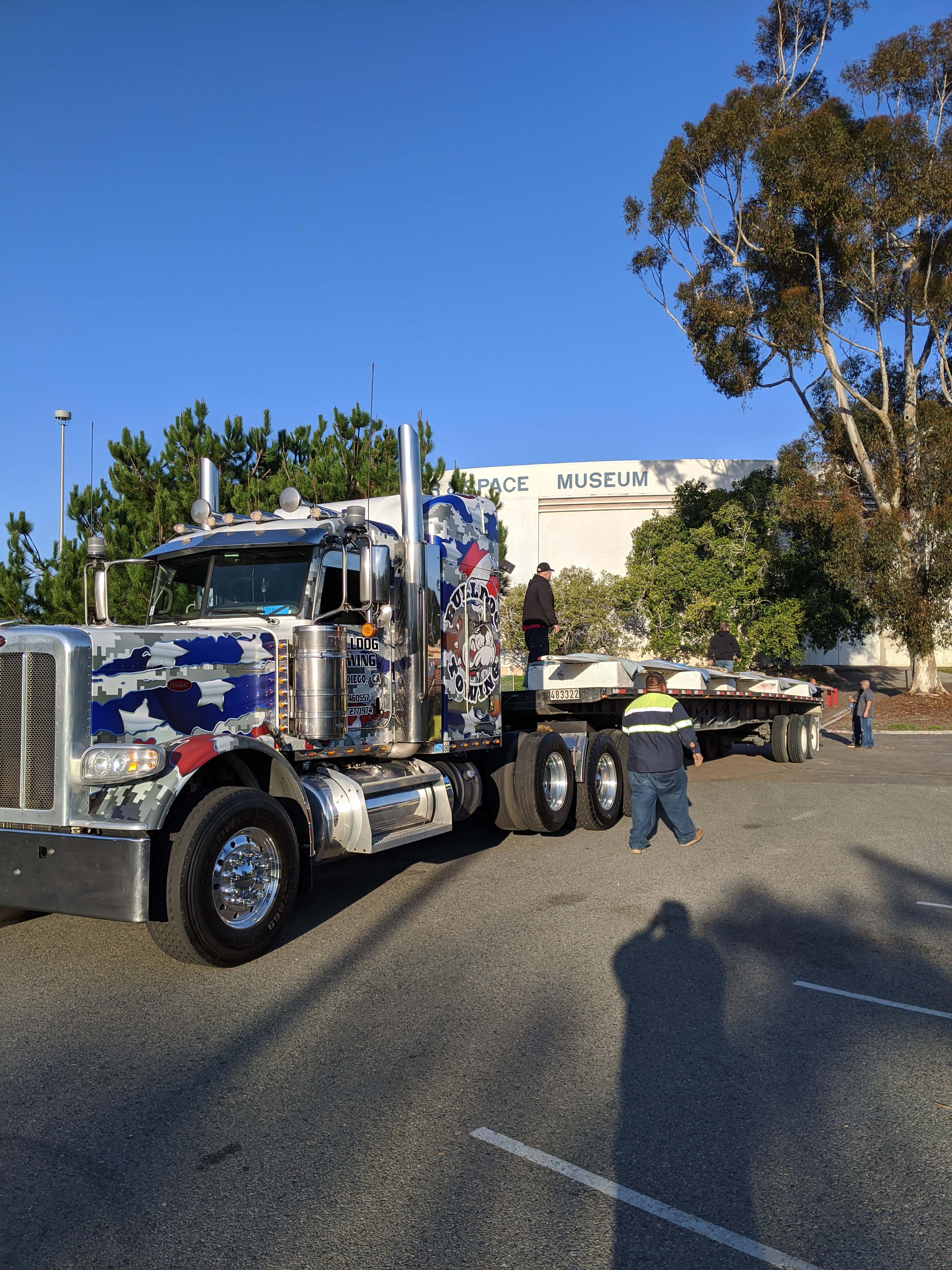