The San Diego Air & Space Museum recently unveiled the latest addition to its impressive collection, a rare plane that had long been owned by hotel mogul Barron Hilton.

The plane is a Beech Aircraft “Staggerwing” built in 1943. The plane is famous among aviation fans worldwide, and many famous pilots have flown in the plane. When it was unveiled in the 1930s, the Staggerwing was considered one of the few high-end recreational and business planes of its time. 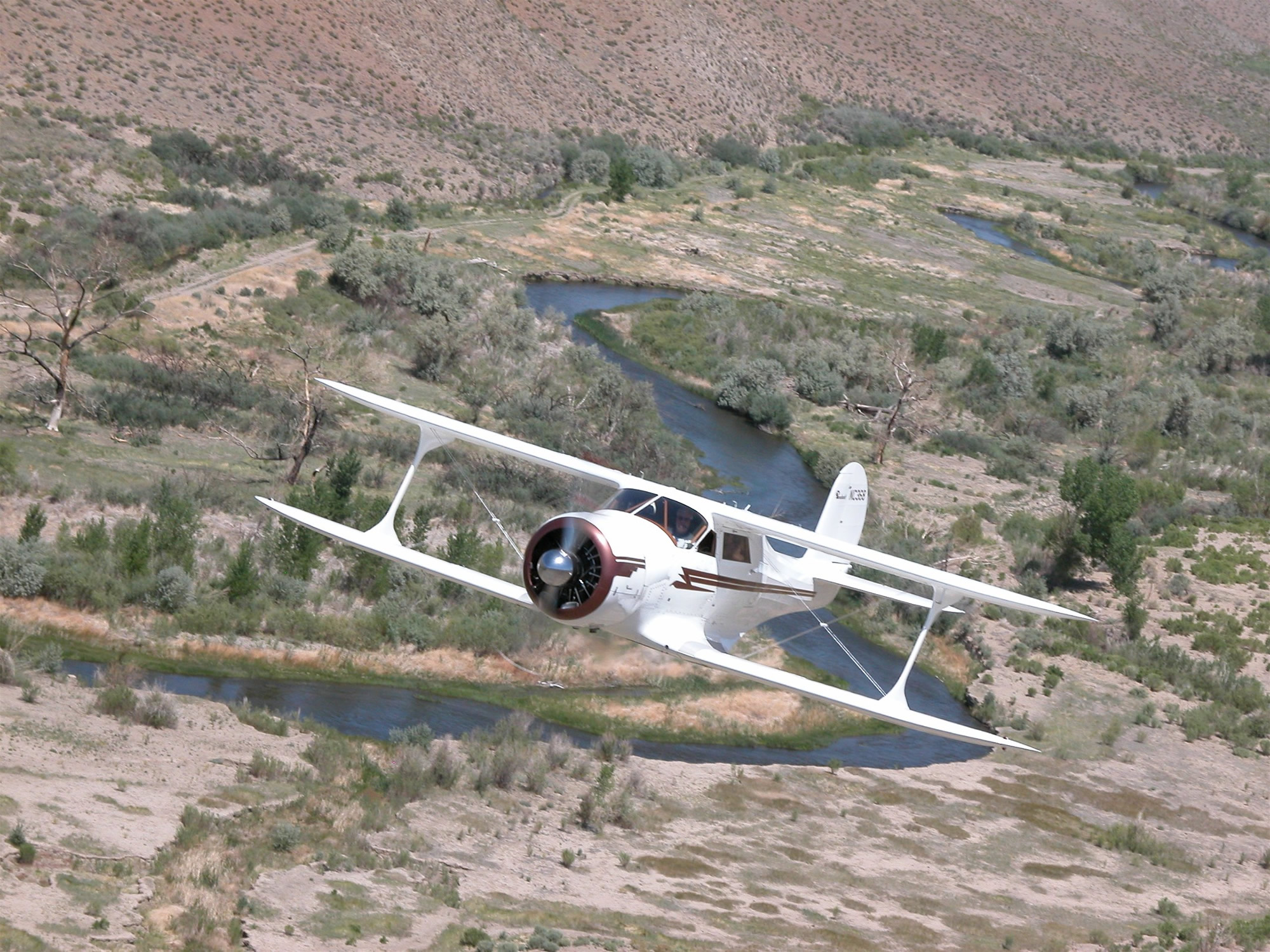 The plane is just the latest exciting addition to be displayed at the Museum's popular Annex at Gillespie Field in El Cajon.

“As a former Navy fighter pilot, there's nothing more exciting than being around aircraft, in general. It’s cooler than cool. It takes you back to being a little kid,” said Jim Kidrick, President & CEO of the Museum.

Kidrick added that he hopes the Staggerwing and the other planes in the collection will continue to inspire children to seek out future careers in aviation.

“This is a hotbed in the Southwest United States and San Diego has always been a leader. In the next 30 years, we're going places and this is a great inspiration to those young people who want to go places.” 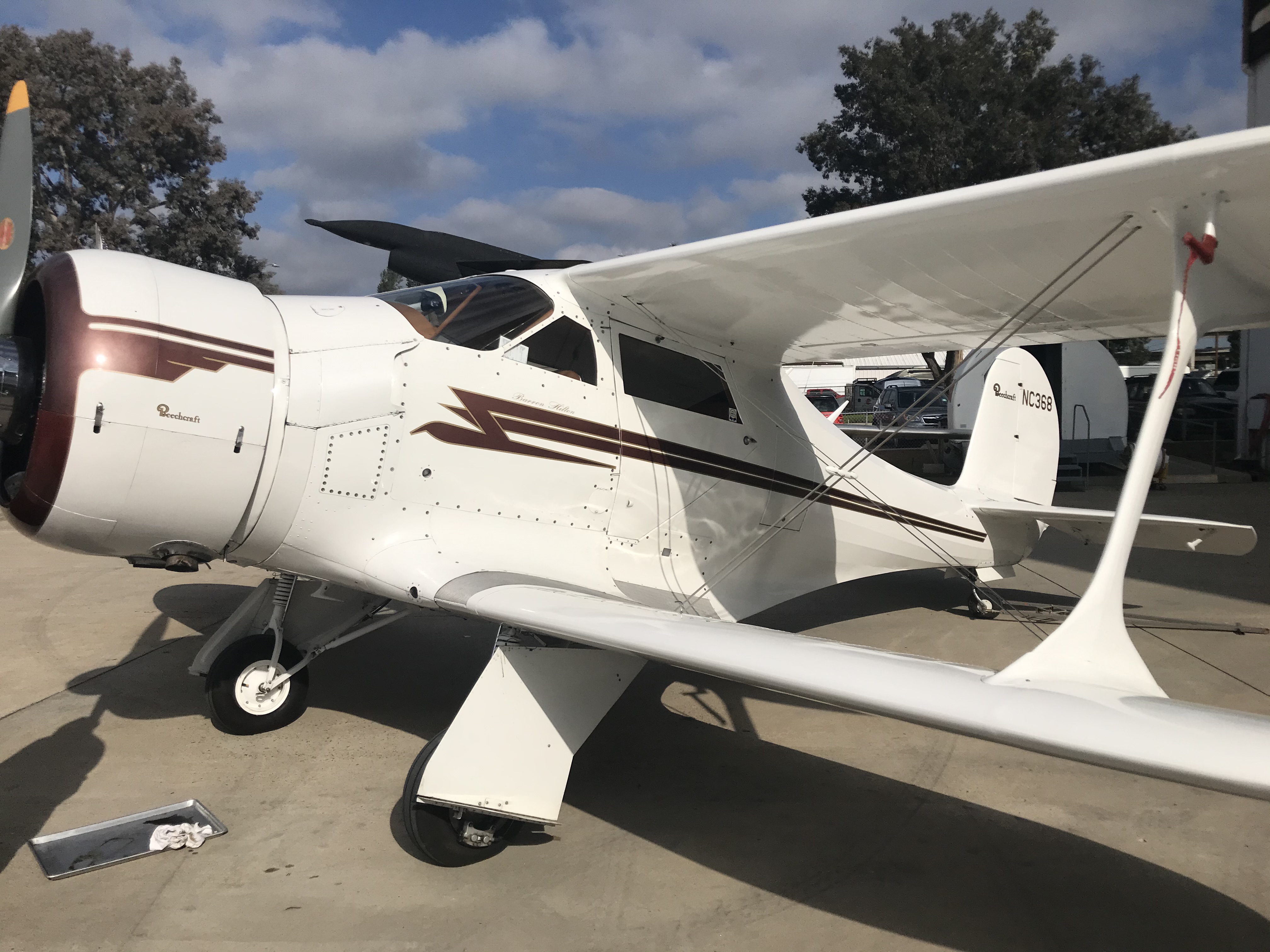 The Staggerwing was originally the brainchild of Walter Beech, imagineer, entrepreneur and CEO of Beech Aircraft. Beech always worked somewhere ahead of the curve, and in 1932 when the notion of a fast, safe and extremely capable businessman’s airplane began to formulate in his mind, there really was no such aircraft. In a daringly different fashion, Beech figuratively thumbed his nose at the conventional and set about creating what has become one of the most sought-after aircraft in the history of flight, more than 80 years after its conception.

One look at the Staggerwing and you know why. Brawny up front, the Staggerwing boasts a Pratt and Whitney R-985 engine which puts out 450 horsepower. Tagging along is the signature strut and wire braced negative stagger-biplane wing arrangement. Elegant looking and aerodynamically a functional improvement over the traditional configuration of the time, the stagger offers gentler stall characteristics and increased visibility for the pilot, while providing the proper location for retracting gear – unusual and innovative at the time. Behind a sloped windscreen is a generous cabin with room enough for five passengers in plush surroundings with reasonable noise levels. The rear fuselage tapers from aft of the cabin to a point just ahead of the empennage where, in almost art-deco fashion, the vertical stabilizer curves upward, finishing the dramatic profile of this timeless classic.

Initial sales of the type were slow, partly due to the economy and partly due to the purchase price of $14,000 (a princely sum in 1934). But, as word spread that the beautifully streamlined Staggerwing could outrun the fastest military equipment of the era while carting along the entire management team, its true virtues stimulated a sleepy business world, resulting in the sale of more than 400 Staggerwing before the outbreak of World War II.

The Staggerwing on display at the Gillespie Field Annex was donated to the Museum by Baron Hilton and his estate. 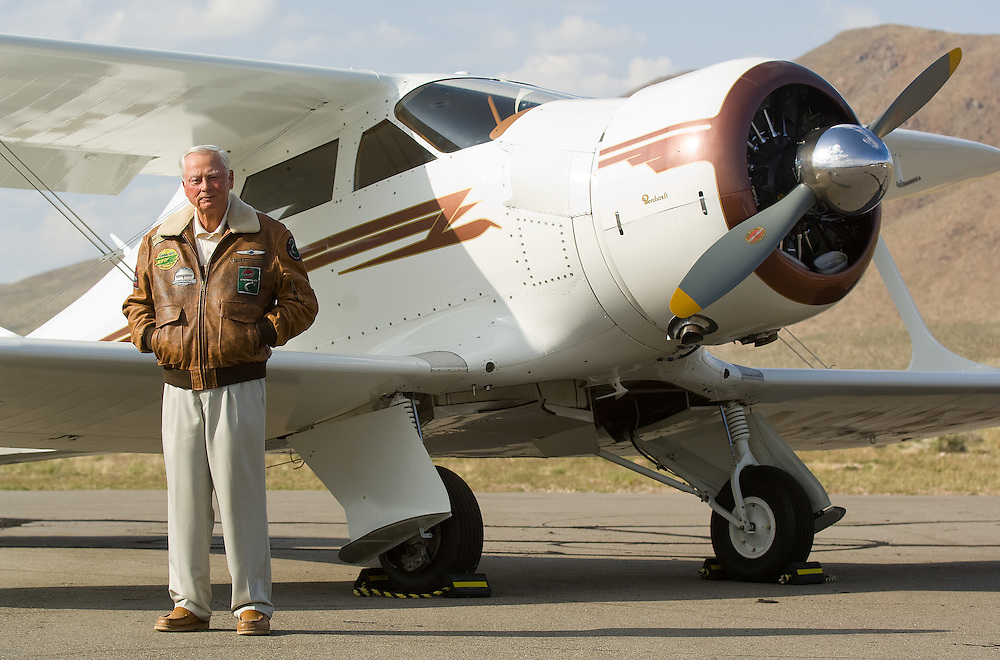