Library & Archives: Uncovering the Past

Each year the Museum’s Library & Archives staff receives over 14,000 requests for information from the public. Inquiries come worldwide from authors, students, documentaries, modelers, aircraft restorers, and individuals seeking information about family members. One memorable request this year came from a woman who was trying to locate information about her father during WWII, who passed away in the line of duty before the war’s end. The only information the family had of his service was that he was at Guadalcanal in 1943 and received a medal from Marc Mitscher. The woman was interested in locating any documentation or photos of that award ceremony. She had identified the Admiral Marc Mitscher Collection as a possibility. 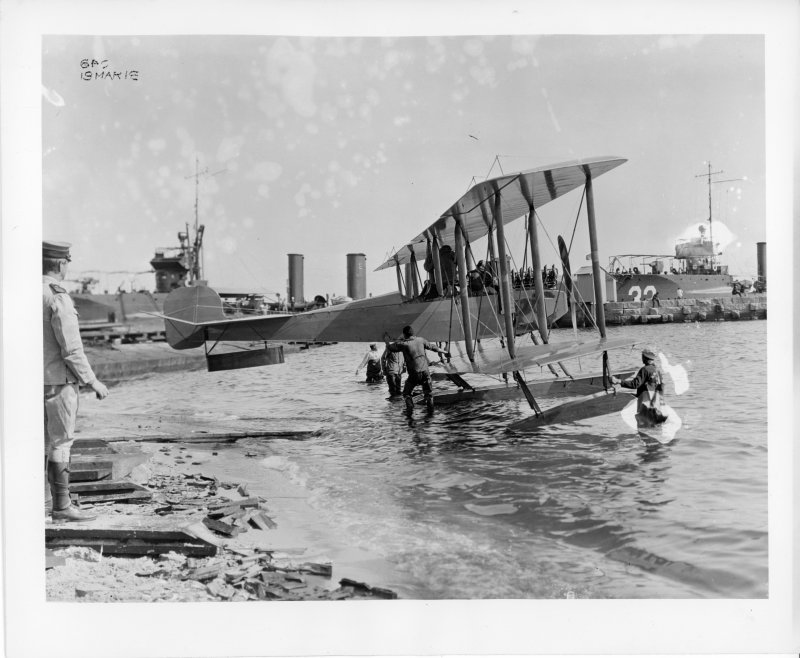 The Museum received the Mitscher collection in the 1980s, donated by his niece, Betty Ferguson, a former Museum volunteer. The collection had been fully organized and inventoried, but never digitized. The researcher had located a listing of the collection on the Museum’s website with reference to Guadalcanal during the same period her father was there. Although the Museum was closed to the public due to COVID-19, staff were still responding to remote research requests. A search began to locate any information of the award ceremony. A file folder labeled “Guadalcanal Command” was completely digitized and scans sent to the woman for review. After sharing with her family, it was determined that one of the photos did contain an image of her father, most likely one of the last photos ever taken of him before his death.

Admiral Marc Andrew Mitscher had a long and distinguished U.S. Navy career as both an aviator and ship commander. Mitscher’s strategies were crucial to the Allied forces successes during WWII. Mitscher was born in Hillsboro, Wisconsin. After graduating from the U.S. Naval Academy in 1910, Mitscher reported for aviation training aboard the USS North Carolina, one of the first ships to carry aircraft. He was designated Naval Aviator #33 on June 2, 1916. Over the next two decades, Mitscher advanced through varied assignments, including Bureau of Aeronautics and on two U.S. aircraft carriers. He continued to advance the science of aeronautics through his leadership in the development of mass flights over water and techniques of carrier based aviation. 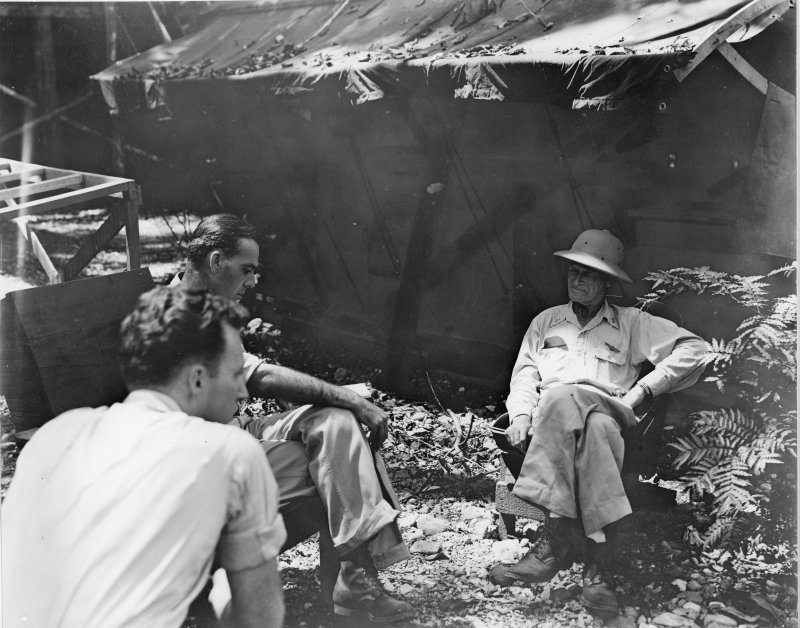 Mitscher assumed command of the USS Hornet in October 1941. On April 18, 1942, Lt. Col. Jimmy Doolittle and his squadron launched the raid on Tokyo from the deck of the Hornet. Mitscher had enormous strategic success with Naval Aviation commands from the Solomon Islands to the Central and Western Pacific, culminating in the leadership of Task Force 58. Mitscher died February 3, 1947, while in command of the Atlantic Fleet.

The Mitscher collection consists of four boxes: three boxes measure 15 ½ x 10 ¼ x 5 inches and the fourth box is oversized, measuring 15 ½ x 12 ¼ x 5 inches. The majority of the collection contains photographs, but there are some documents and personal papers relating to Mitscher from the early 1900s to his death in 1947. Much of the focus is his early-aviation career and his WWII service as Captain and Admiral in the U.S. Navy. His insignia is on display in the Museum’s WWII gallery.

Over 850 photos from this important collection have now been digitized and can be found on the Museum’s Flickr site at:

Since 2010, the Museum has made digitizing of its collections a priority to reach a larger global audience and to raise awareness of its holdings. To date there are over 400,000 digital assets online available to the public for free. These assets include photos, films and historic documents and newsletters. Each year the Museum adds over 20,000 new assets online through the use of various internet platforms such as Flickr, YouTube, and the Online Archives of California (OAC). For materials that have not yet been digitized, detailed listings and descriptions are created to enable discovery by the public.