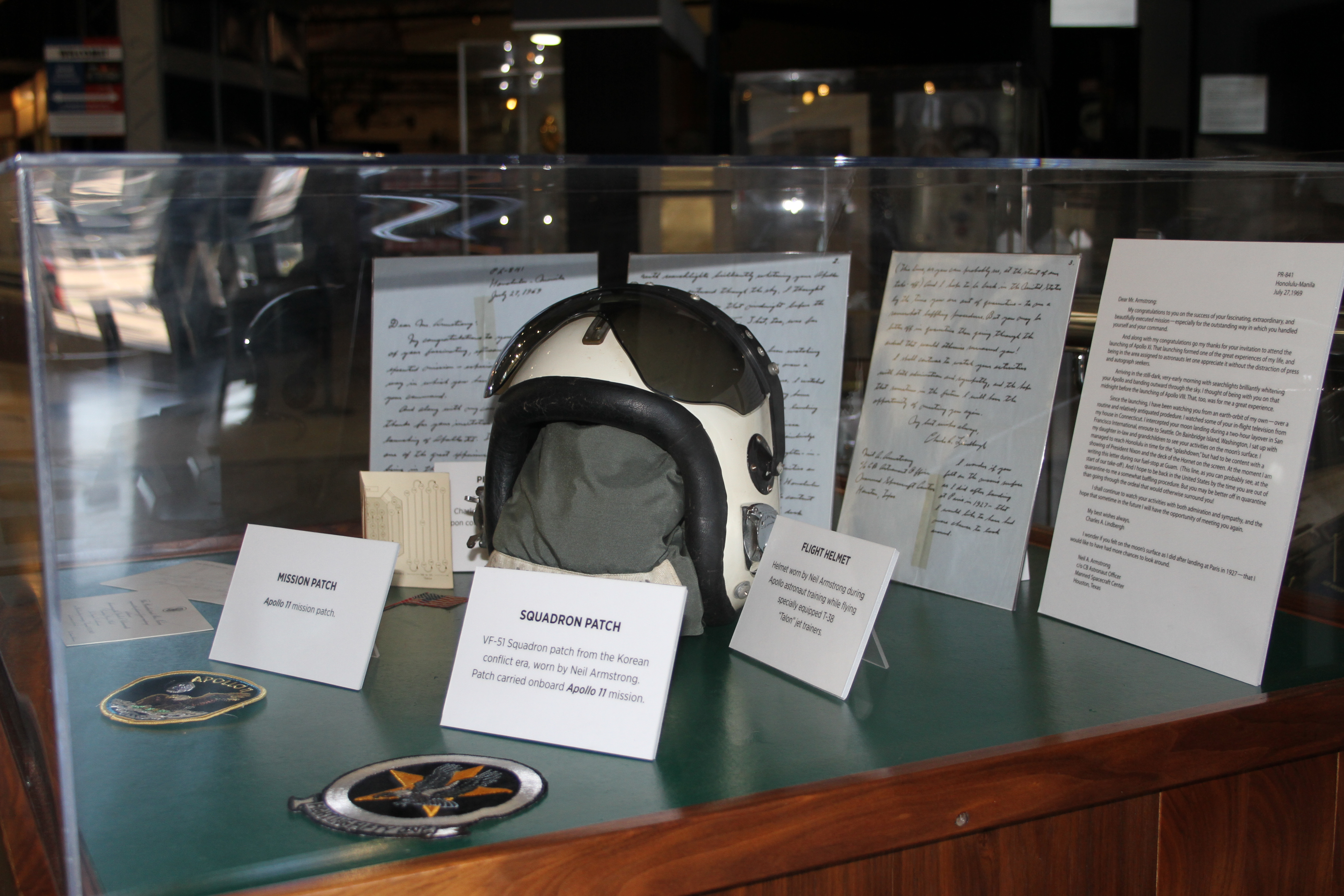 As the first human being to ever stop on the Moon, Neil Armstrong is one of the most famous figures in the history of the world.

His “One small step for man, one giant leap for mankind” as he stepped onto the Moon is one of the most iconic and recognizable quotes of all time.

And now visitors to the San Diego Air & Space Museum can view some of Armstrong’s deeply personal possessions on display in the Theodore Gildred Rotunda near the Actual Apollo 9 command module.

Highlighting the display is a personal handwritten letter Armstrong received from another world-famous aviator -- Charles Lindbergh -- who in May 1927 made aviation history by becoming the first person to fly solo across the Atlantic Ocean. Lindbergh wrote the letter to Armstrong to congratulate him on his landing on the Moon. The letter is dated July 27, 1969, just a few days after Armstrong and Buzz Aldrin became the first men step on the Moon on July 24.

Also on display is an official Apollo 11 mission patch. Another highlight includes Armstrong’s personal flight helmet, which he wore during astronaut training while flying specially equipped T-38 "Talon" jet trainers. Visitors can also see Armstrong's VF-51 squadron patch from the Korean-era conflict which he proudly carried onboard during the Apollo 11 mission to the Moon.

The display also includes an invitation from President and Mrs. Nixon inviting the Apollo 11 astronauts to a special celebration at the Century Plaza Hotel in Los Angeles on August 13, 1969.

The artifacts are on loan from the Armstrong family.

Neil Armstrong was inducted into the International Air & Space Hall of Fame in 1971. Click here to view his profile.