Get to Know: Docent Robert Odelson 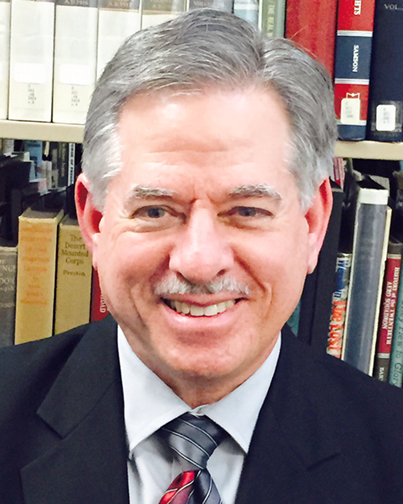 Robert Odelson is a Docent at the San Diego Air & Space Museum. Let’s get to know him.

How long have you been with the Museum and how many days of the week are you here?
Odelson: I’ve been at the Museum about a year and a half. I’m usually here two days a week, sometimes three depending on the coverage we have. I enjoy being here because you interact with the public on a very nice level.

Tell me about the process that it takes to become a Docent. How long did you study? How many tours did you have to give before you got your jacket?
Odelson: The process by which one becomes a Docent is fairly extensive. You do have to study. I think it took me six months to feel comfortable enough to do what they call a “check ride,” which is the test you have to pass to become a Docent. You have to do at least 15 tours of the main floor with another Docent and at least five tours of the basement. So you become familiar with not only the stuff on display upstairs on the floor, but also with what we are doing in the restoration basement.

The initial study guide that was available was the Guide Book from the Gift Shop. However, both (fellow Docent) Dudley (Oatman) and I came up with an alternative where we developed our own study guides. Dudley’s is actually a full notebook, and I did basically images or pictures of all of the exhibits on the Museum floor and added three sentences per exhibit. I used that as my study guide. That seemed to help me, and I shared it with other people. Dudley’s is much more extensive, and that also helps people get acquainted with where the equipment or the planes or even vehicles came from, how old they are, and what they were used for.

What was your background before you came to the Museum, and why did you decide to become a Docent?
Odelson: My background is a little unusual to becoming a Docent. I was in the healthcare industry for 30 years. However, prior to that, years ago I had developed an interest in becoming a pilot and then an astronaut. But because I am a shorter man, my height and reach actually prohibited me from being accepted into the Air Force Academy. Otherwise I would have been on that route.

Ironically, I became a Docent because one of my former neighbors Jim Dalby was the former President & CEO of this Museum. When he passed away, they had his service here at the Museum. I came to the service and met some of the docents, and I literally told myself that day this would be a nice thing to do when I retired from Kaiser.

Is there a plane, artifact or gallery you are particularly fond of and why?
Odelson: I’d say I like Word War II the most because I know the most about World War II. In particular, there is one plane called the Dauntless Dive Bomber that is somewhat of an unknown plane to the general public. It was the reason we won, quote unquote, the Battle of Midway, and changed the course of the war in the Pacific. Most of the public I introduce to that plane have never heard of it.

When you are not at the Museum, how do you like to spend your time?
Odelson: I actually visit other museums because I like museums. Secondly, I play some golf. I enjoy playing softball once in a blue moon. I also like to do what I like to call is some “local travel.” You know, drive somewhere or take some local flights.

What is your favorite part of being a Docent?
Odelson: My background is even more unusual in that my undergraduate degree is in philosophy. One of the tenets of philosophy is to teach people things so that they understand them. As a Docent in this Museum, you get the opportunity on a daily basis to educate people on things they have never heard of, have never seen, and possibly never thought of. So that brings me some significant satisfaction.

Anything you would like to add?
Odelson: Yes, I have to say that it is a pleasure working here because it is a very congenial group of people, and being a Docent has even allowed me to assist in the further evolution of the Docent experience. In addition, with the support of our boss/supervisor Katrina Pescador, now we can not only educate the public coming in, but we can also educate the staff and other people at the Museum who may have never had that chance before.