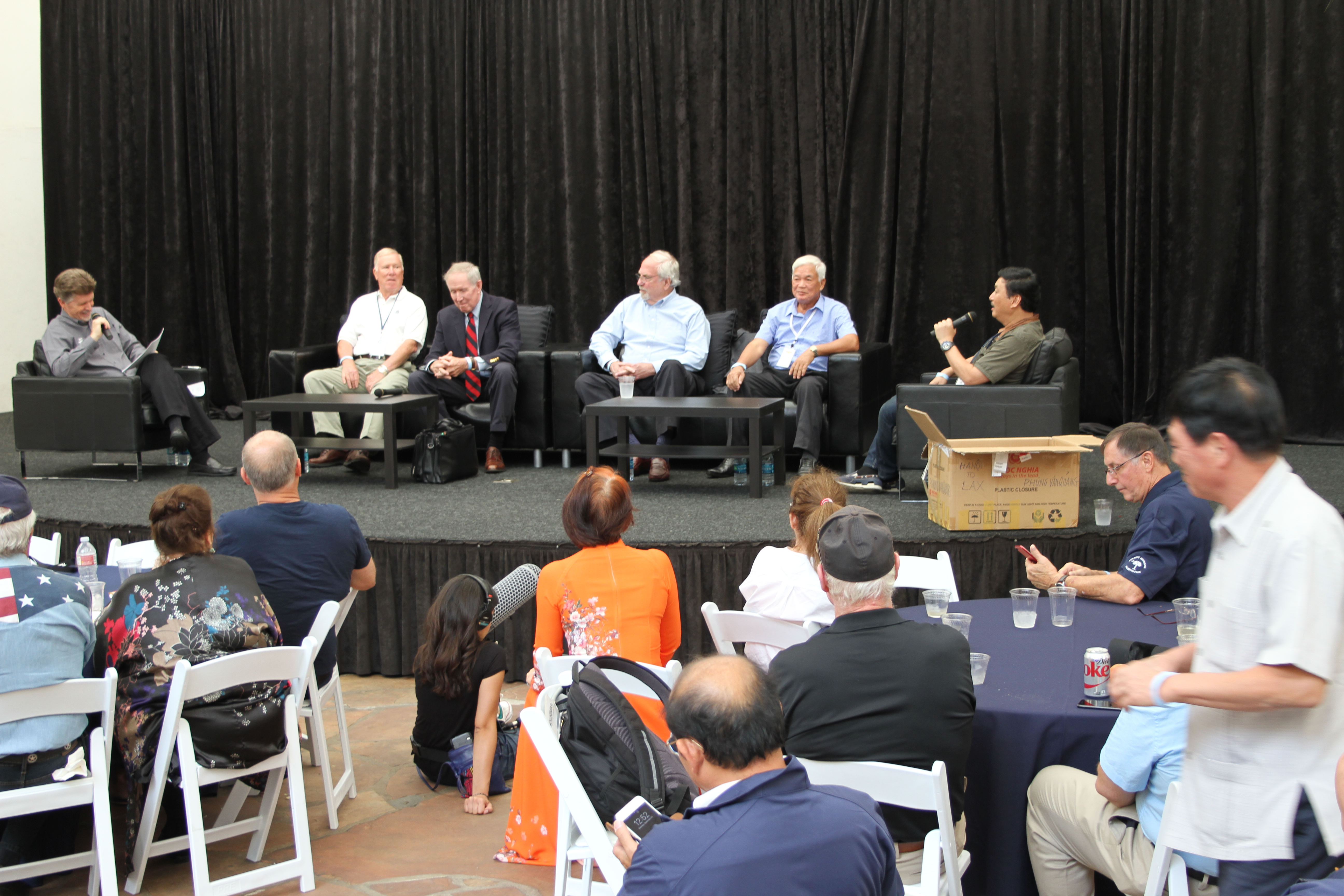 On Saturday, Sept. 23, 2017 a rare and historic meeting took place at the San Diego Air & Space Museum; a gathering of former U.S. and Vietnamese aviators who fought in the skies over Vietnam during the war.

The meeting at the Museum was the climax of a multiple-day tour of San Diego, which started Thursday with a “From Dogfights to Détente” event at the Holiday Inn Bayside Hotel, which brought together U.S. Navy, Marine and Air Force jet pilots and several of their former enemies. Later that night, they visited the USS Midway. On Friday, the aviators shared VIP seats at the Miramar Air Show and enjoyed a chat with the U.S. Navy’s Blue Angels aerial acrobatics team.

The second panel discussed the Vietnam air war in general, lessons learned on both sides, and the tactics each side employed. The participants in the second panel included: 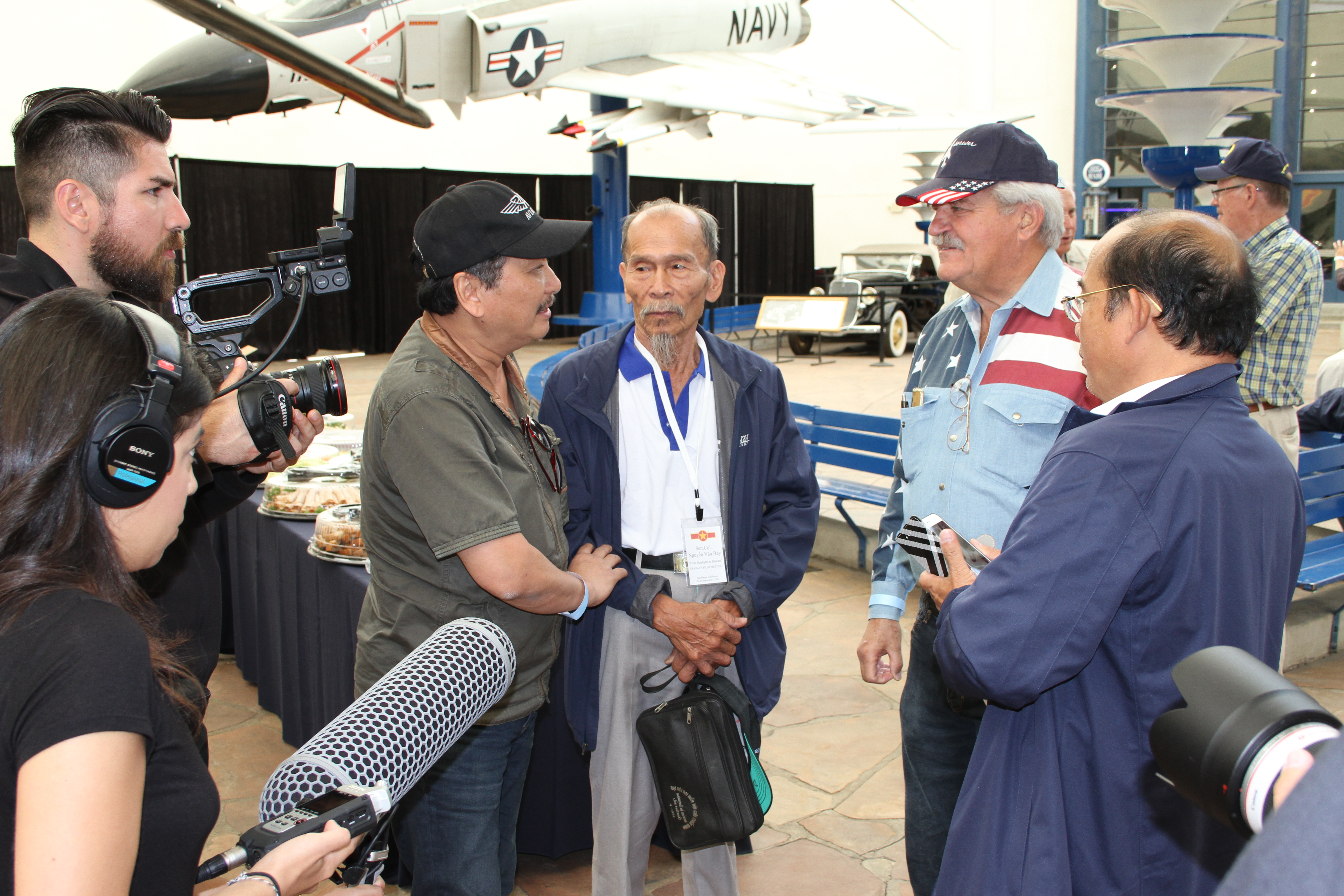 A similar reunion happened last year in Vietnam, with 11 Americans making the trip across the Pacific Ocean to their former battle ground. The meetings took place as a result of the efforts of Lt. Gen. Nguyen Duc Soat and retired U.S. Marine F-4 aviator Col. Charlie “Shark” Tutt.

In an article that appeared in the San Diego Union-Tribune on Sept. 21, retired Navy Capt. Jack “Fingers” Ensch, an F-4 phantom aviator who was shot down over North Vietnam on Aug. 25, 1972, was quoted as saying, “The smallest jail cell in the world is right between your ears. If you continue to hate, they’re half a world away. They don’t know that you’re thinking about hating them or anything like that. They go with their lives. If you still do that, you’re still in jail.”

Ensch earned the nickname “Fingers” because, during a 216-day imprisonment in the dreaded “Hanoi Hilton,” his captors lopped off one of his thumbs without pain killers.

Van Bay was feted in his country as the first Vietnamese Ace, but believes being famous is not as important today as making peace with America.

“I believe the American people are good people,” Van Bay was quoted as saying the Union-Tribune article.

Click here to read the full article in the Union-Tribune. 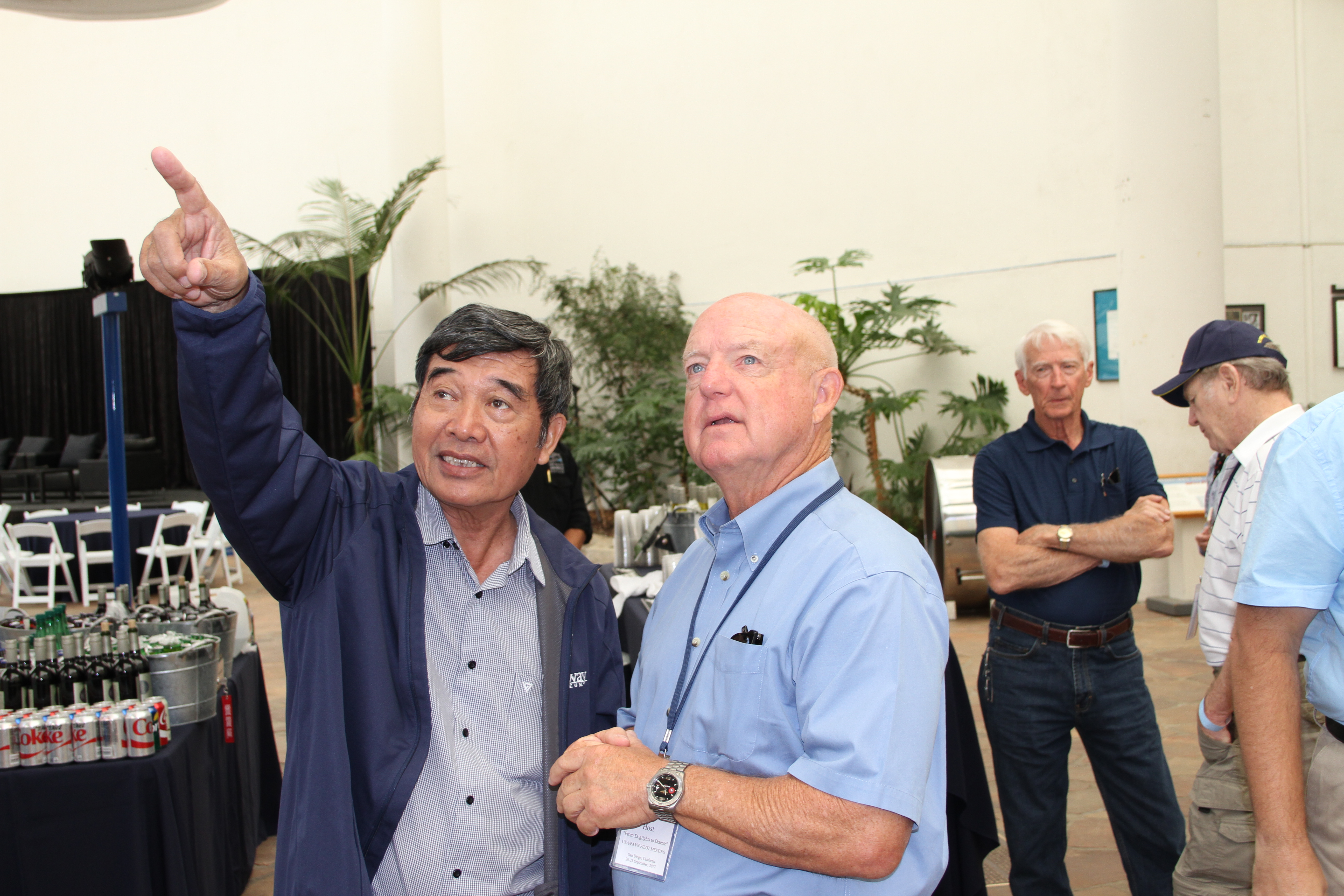