An Evening with Charlie and Dotty Duke 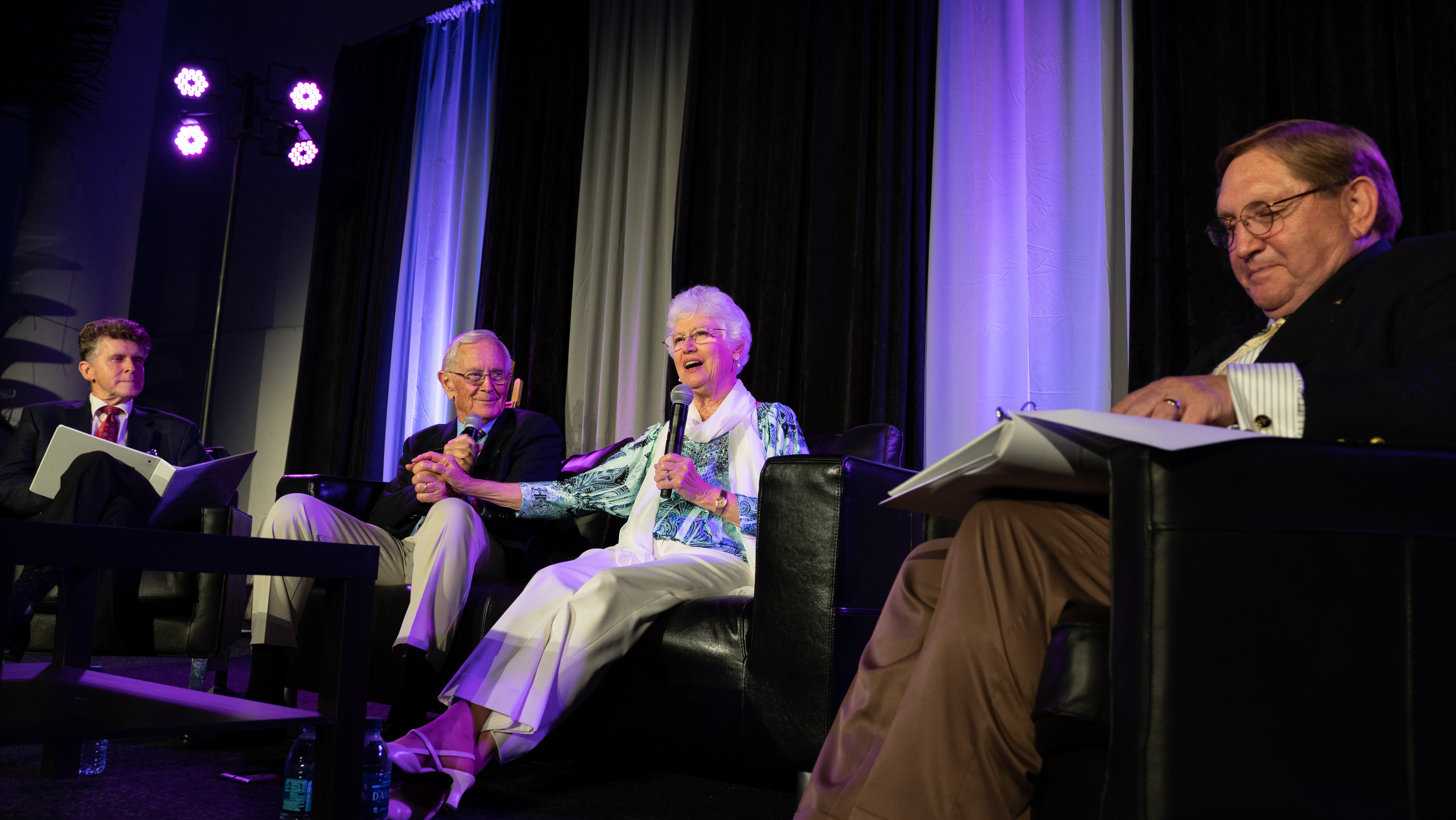 Charlie and Dotty Duke (center) are flanked by Museum President & CEO Jim Kidrick and Chairman of the Board Mark Larson.

More than 200 special guests got an intimate look into Charlie and Dotty Duke’s experiences during the Apollo 11 and 16 missions to the Moon at the San Diego Air & Space Museum during a private evening on July 13.

Thank you to all the generous sponsors and friends who shared in the captivating evening with Charlie and Dotty. These special celebrations are only possible because of your support!

Charlie Duke, who was the Lunar Module Pilot and moonwalker during Apollo 16, is also known as the voice of mission control as the CAPCOM for the historic Apollo 11 moon landing on July 19, 1969 during which Michael Collins, Buzz Aldrin and Neil Armstrong first sent men to the Moon’s surface. Duke was speaking directly with Aldrin and Armstrong as the stepped onto the Moon and is world famous for his calm southern drawl. 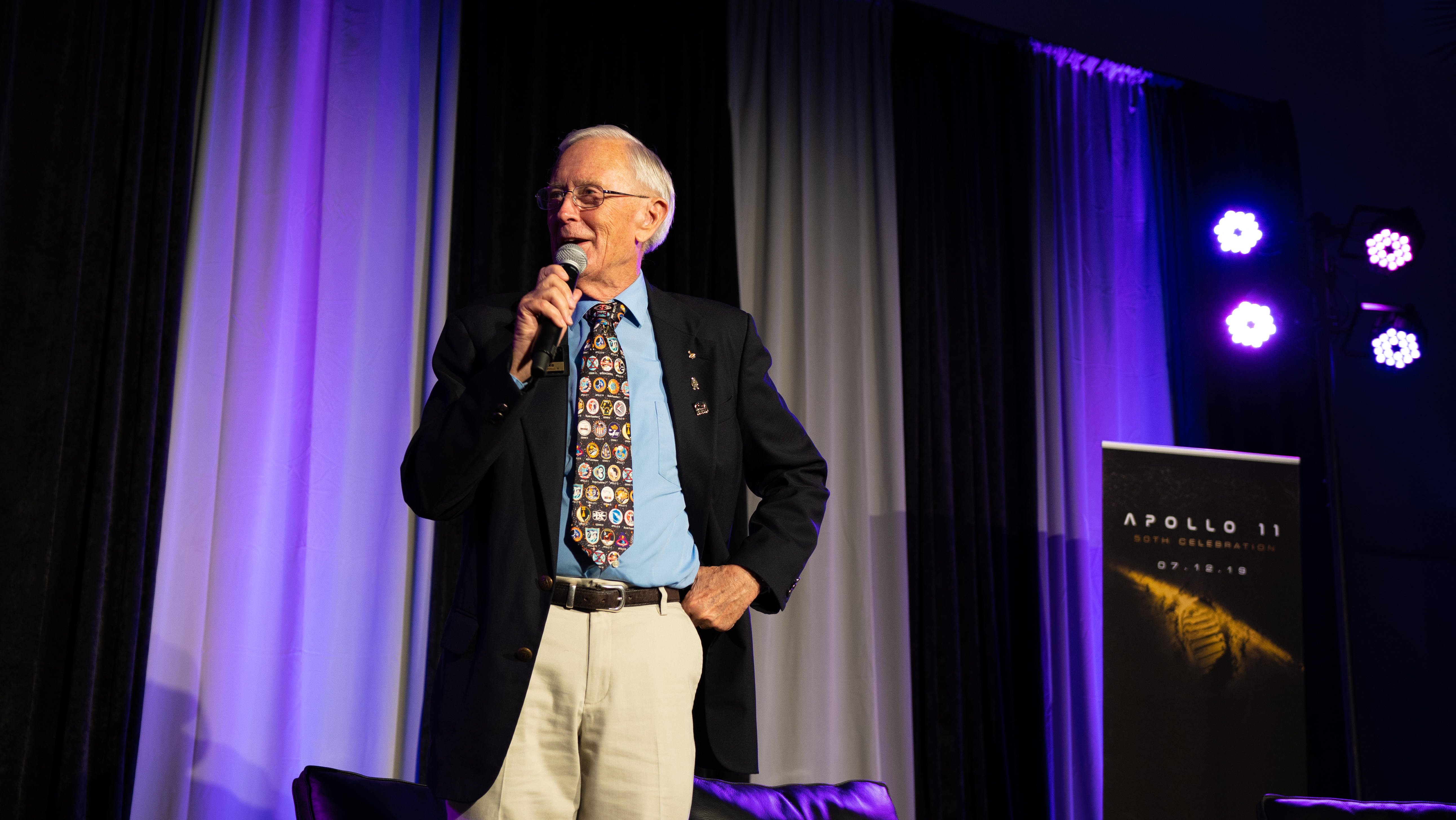 Charlie and Dotty shared stories about their and their family’s lives during the Apollo missions, including how the families of all of the astronauts got together at each other’s homes during the program.

Charlie also is famous for leaving a photograph of him, Dotty and their two young sons, Thomas and Charles, on the Moon during one of his three moonwalks during the Apollo 16 lunar landing in April 1972.

“We are incredibly fortunate to have such a special relationship with Charlie and Dotty Duke and so many of the other luminaries from the golden age of the iconic Apollo missions,” said Jim Kidrick, President & CEO of the San Diego Air & Space Museum. “From our Apollo 8 celebration with Bill Anders last December, to our Apollo 9 celebration in March with Astronauts Jim McDivitt, Dave Scott and Rusty Schweickart and Flight Directors Gerry Griffin and Gene Kranz, the San Diego Air & Space Museum is the premier place to be during our celebration of 50 Years of Apollo.” 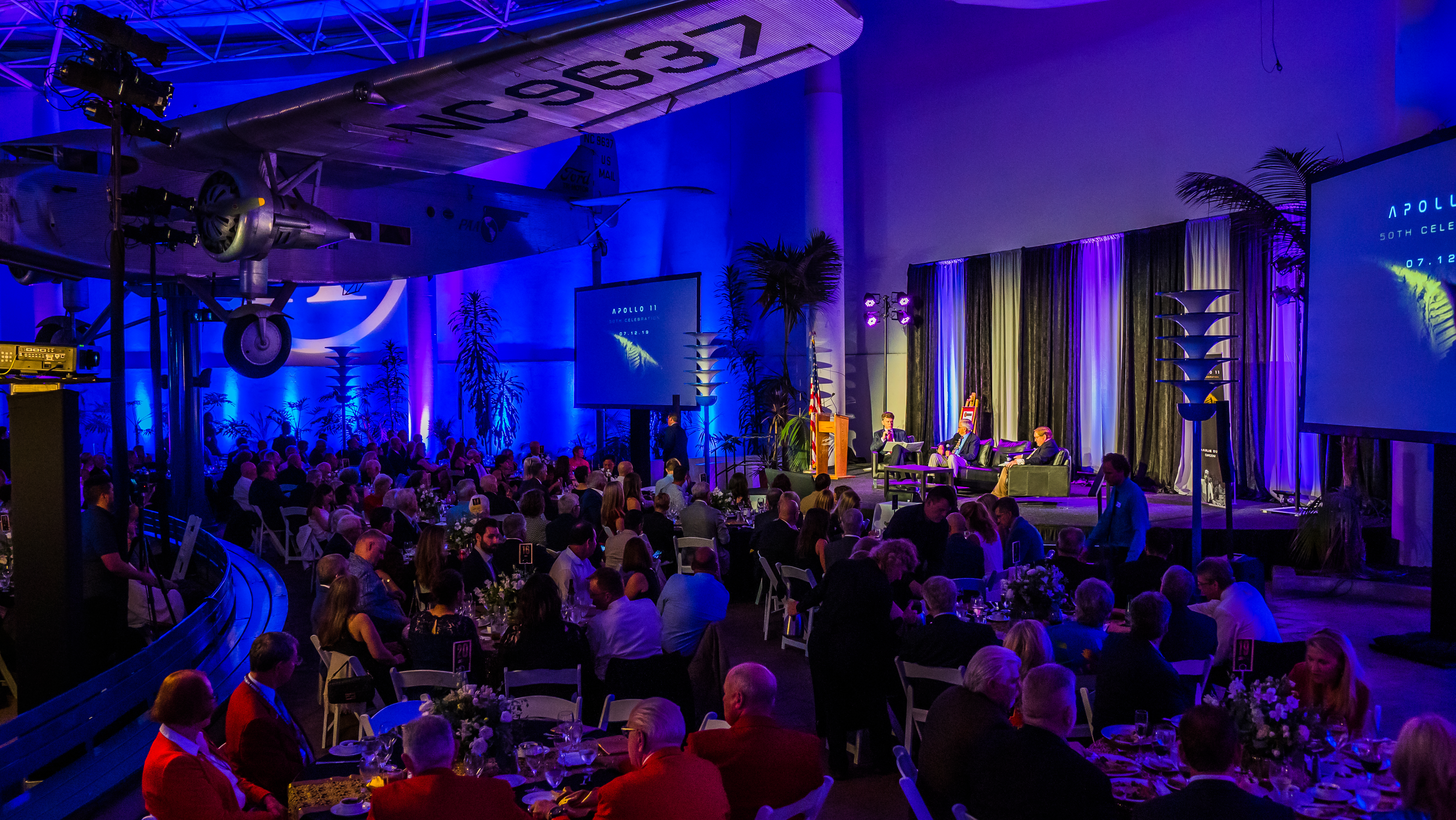 The crew of Apollo 16 was inducted into the International Air & Space Hall of Fame in 2013. Click here to learn more. http://sandiegoairandspace.org/hall-of-fame/honoree/apollo-16-crew

Armstrong, Aldrin and Collins were all inducted into the Hall of Fame in 1971. Learn more at the links below.