William E. “Bill” Munger was born November 25, 1906 to Fred Bucher Munger and Gertrude C. Eldridge Munger. He was involved in aviation most of his life, and began his career in 1929 as the first employee of Granville Brothers Aircraft Corporation in Springfield, Massachusetts, manufacturing Gee Bee Racers. In 1931, he married Gertrude King and had one son, Richard Munger. During World War II, he worked for Chance Vought Aircraft in East Hartford, Connecticut, and later at Pratt & Whitney Aircraft in East Hartford, Connecticut. 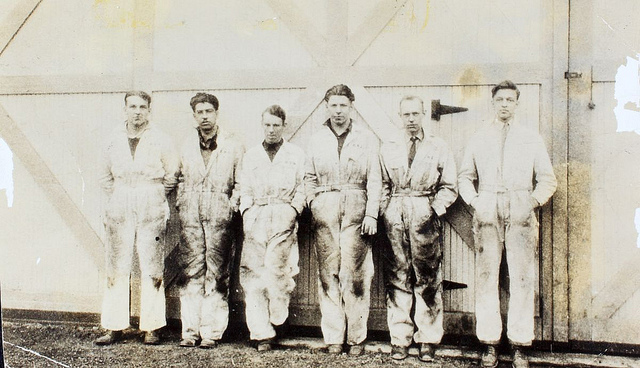 In 1946, he moved to Farmington, where he operated sporting camps and also became a registered Maine Guide. In 1956, he moved to San Ford where he was employed at the Colonial Aircraft and at Lake Aircraft as assistant superintendent and manager. He retired from the Baker Company of Sanford in 1975, where he had worked in the purchasing department and as a consultant for many years. Mr. Munger died on April 14, 1991 in Portland, Maine.