William Frank “Bill” Chana, a native of Chicago, born 14 April 1921, was a noted aviation consultant. He enjoyed an air and space career of over sixty years, spanning a number of memorable events.

It all began in 1941 in San Diego, with Consolidated Aircraft Corporation, later known as Convair, during what was originally planned to be a temporary break in his engineering studies at Purdue University. At Consolidated, as a flight test engineer, he played an active role in testing a wide variety of the company’s aircraft, including the XB-24, the XB-32, the Convair 240 and 340 airliners, as well as the world’s largest landplane, the XC-99.

He was also involved in flight testing the world’s first piloted delta wing aircraft (XF-92A), the world’s first vertical takeoff and landing airplane (XFY-1), and the Sea Dart (XF2Y-1), the world’s only supersonic seaplane. Bill also supported the XF-92A program at Muroc AFB, and was present for the first flight, as well as Chuck Yeager’s first Air Force flight. Later, Bill was chief of interceptor customer service during activation of the production F-102 and F-106 programs.

In the late 1940’s Bill Chana gained world-wide fame as the designer and test pilot of the Wee Bee, at that time the world’s smallest airplane. In that capacity, he was president of Bee Aviation Associates, Inc. He and his partners went on to develop two successor small homebuilt aircraft, the Honey Bee in 1952, and the Queen Bee in 1960. The Queen Bee was larger than the other two, offering a four-place cabin. None reached production status. 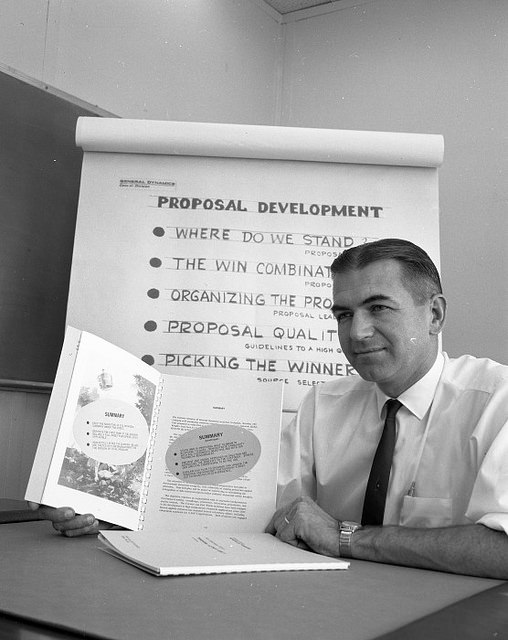 In the early 1960’s he was Convair’s base manager for the installation and checkout of the Atlas ICBM at Fairchild AFB, and was program manager for updating Atlas missiles and launch sites at Cheyenne and Omaha. He then moved to a position as base manager for Convair’s Sycamore Canyon missile engine test site.

Later, Bill was manager of market analysis and planning at Convair, followed by sales management and long range planning assignments. He also worked at Rohr Industries in Chula Vista as a deputy program manager, and as an assistant to Rohr’s senior vice-president for new product development. Bill would later form his own company, William F. Chana Associates, Inc. Bill and his associates were involved in a wide variety of conceptual studies, ranging from hypersonic aircraft, to vertical takeoff and landing aircraft, to small, short range commercial transports.

Bill has been extensively recognized for his many career achievements. In 1961 he was presented the USAF Ballistic Systems Division Commander’s Award, and in 1972 received the American Institute of Aeronautics and Astronautics (AIAA) highest honor for distinguished service. In 1988, Bill was also awarded the Alfred Verville Fellowship at the Smithsonian National Air and Space Museum. He received the AIAA’s Piper General Aviation Award in 2001. And, Bill also served two years as National President of the Silver Wings organization.

Bill, a member for over fifty years, was elected a Fellow in the AIAA, as well as the American Institute of Aeronautics, and the Society of Automotive Engineers. In 2003 he was inducted into the Experimental Aircraft Association Homebuilder’s Hall of Fame, and, also in 2003, was awarded the Henderson Achievement Award by the National Aeronautics Association.

Bill, a member of the Board of Directors for almost forty years, served two years as President, San Diego Air & Space Museum, where he is currently recognized as President Emeritus. He is the author of Over the Wing – The Bill Chana Story. Bill passed away on 3 August 2012 in San Diego.

Bill Chana donated his extensive collection of both personal records and published works to the Museum in 2008 and 2009. The collection has been fully processed and is open for research with no restrictions. Descriptive Finding Guide.