Willard Martin (b. 1917) began to work at Convair in the 1940s as a metal worker eventually serving as Operations General Supervisor, supervising experiment department operations and more through the 1970s.

Willard Martin was born July 27, 1917. After graduating high school in Wagoner, Oklahoma, he briefly served with the National Guard in 1937 before working first as a salesman, a tool dresser, a service station operator, and then as an experimental mechanic, assembler and assistant foreman before in May, 1946, he was hired by Convair San Diego as a metal worker. For the next 30 years, Martin worked at Convair, eventually serving as the Operations General Supervisor, a task that involved supervising experiment department operations, engineering test lap support, model shop operations, mockup and wind tunnel support. In addition, he managed all instrumentation fabrication, installation and field support operations for the Cruise Missile Program and others. In 1976, he was elected by members of the National Management Association, General Dynamics Convair Chapter, as Director of Public Relations from 1976 to 1977. He was married to Elsa (Simon) and at age 80, passed away December 25, 1997, in San Diego, California. 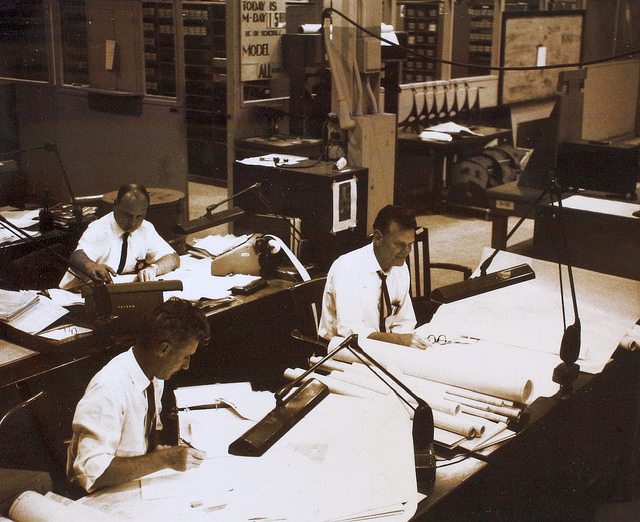 Collection consists of 1 box, 15”x5”x10. This collection contains the personal papers of Willard Martin, who worked at Convair from the 1940s to the 1970s. The collection includes photographs and other documents related to Convair operation and company literature, such as newsletters. There are also prints of Convair aircraft, and some of Martin’s personal company awards.