Walter W. Pentecost was one of the original American Volunteer Group-Flying Tigers in China, before the United States' involvement in World War II. He was born in Anderson, Indiana in 1912. Upon graduating Anderson Indiana High School in 1932, Pentecost attended Pratt & Whitney Aircraft Corporation's jet engine school on the J-75 and J-50 engines, in Hartford, Connecticut. From 1941 to 1942, he was assigned to General Claire L. Chennault and the Flying Tigers in Rangoon, Burma. Being an aircraft specialist, his duties included training and supervising the Chinese mechanics in the assembly of P-40 aircraft, performing flight-test inspections, and supervising the flight test program. Pentecost acted in an operation and engineering capacity while stationed in China. After the assembly of the P-40s, he established and managed an overhaul depot in China for P-40 aircraft that were damaged in combat.

Pentecost moved back to the United States after his duty in China, and worked as a Field Service Representative. He was employed first with Curtiss-Wright Aircraft Co., in Buffalo, NY, from 1942 to 1943, working on the P-40 and C-46 aircraft. He was then employed by Convair, in San Diego, CA, from 1943 to 1945, working on the BT-1, BT-15, B-24, PBY, A-31, and A-35. As a Field Service Representative, he was involved in operations, maintenance, and the flight-testing of the various aircraft. In 1947, he went to work for Douglas Aircraft Co., as an Experimental Mechanic. His duties included design, fabrication, and installation of new parts on the C-74 and C-124 experimental aircraft. From 1949 to 1951, he was a Flight Inspector for Northrop Aircraft Corp. serving as a flight test inspector on the F-89 aircraft. 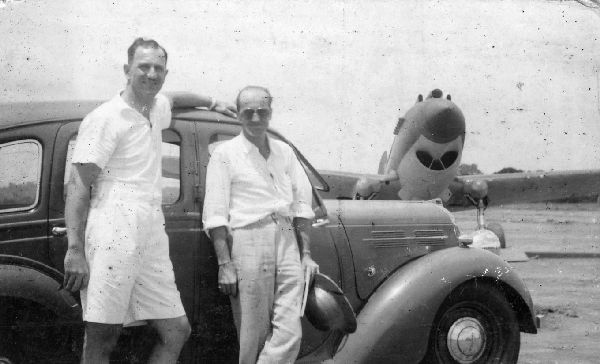 From 1950 to 1959, Pentecost was again employed by Convair in San Diego, CA; this time as a Field Service Engineer. He monitored the flight test programs of the F-102 and F-106 aircraft at Edwards Air Force Base and Holloman Air Force Base. He also monitored the armament development program on the F-102, which consisted of launching the GAR-1 and -2 Genie missiles. He was assigned to the Air Defense Command (ADC) in Colorado Springs, CO in charge of the F-102 and F-106 aircraft being integrated into the ADC inventory. Pentecost also served as Assistant Office Manager of the Convair Corporate office for 1-1/2 years, where he advised staff-level personnel and had direct contact with general officers on operations, maintenance, and combat capabilities of the F-102 and F-106 type aircraft.

In 1959, Pentecost became Senior Engineer at Thiokol Chemical Corporation in Huntsville, AL. He was assigned to the Falcon, Pershing, and Zeus rocket motor programs. Pentecost monitored nearly all Nike Zeus rocket motor launches at White Sands Missile Range in New Mexico for over four years. He performed these duties until 1965.

During his various employments, Walter Pentecost always maintained a connection with his AVG-Flying Tigers days. In the later part of his life, Pentecost continued correspondence with those people he had met in China and Burma, and pursued publications on the Flying Tigers.

Walter Pentecost lived in Southern California until he passed away in 1991.

Link to some images from this collection in the AVG Album.