The San Diego Air and Space Museum's Curatorial collection holds several propoganda posters from the Second World War that were produced by the US government with different specific purposes but one goal: to win the War. Many of these posters are aimed at women and came in three types.  The first of which were posters attempted to influence women to join the work force.  As men went off to serve in the military, they left a shortage of the workers needed to produce the war material necessary to win.  This push to get women employed in the war production effort was successul, as millions of women got jobs. 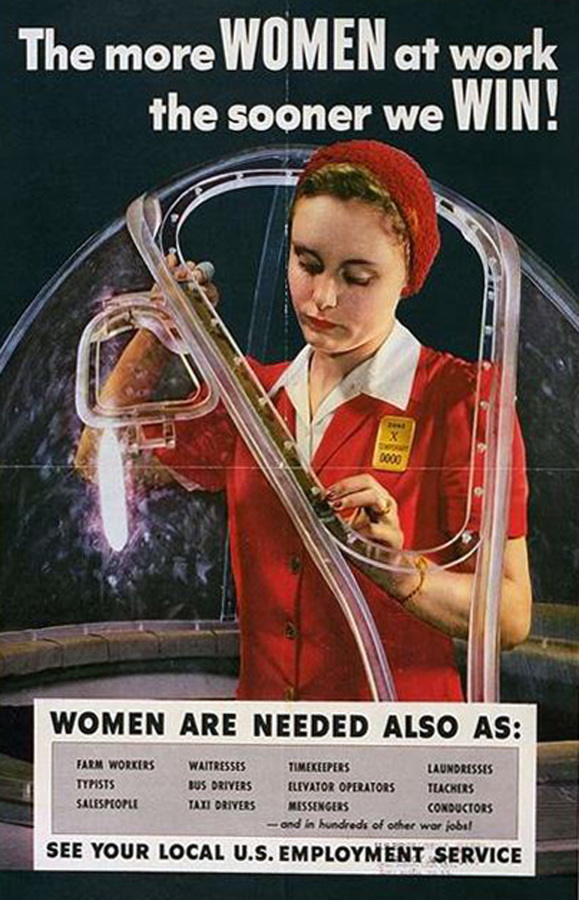 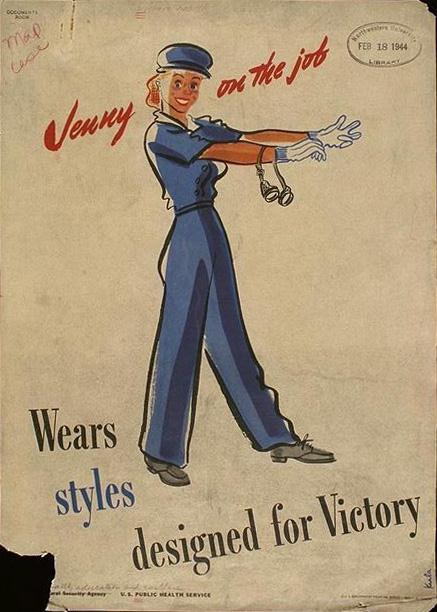 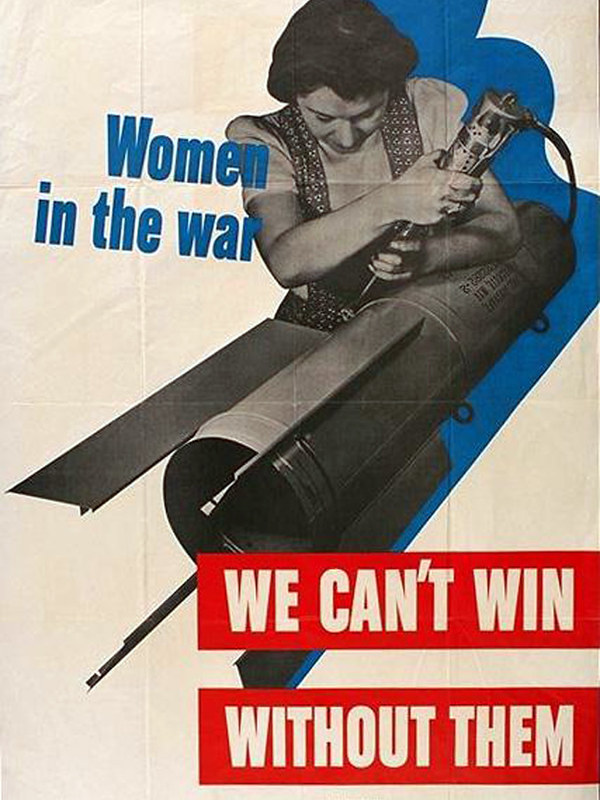 The purpose of these posters were twofold: to recruit women and convince men that having females working in previously male dominated professions was a neccesity.

The second category of posters in our collection has another goal: to recruit women to serve in the armed forces.  Again, this was a succesful endeavor, as almost 400,000 women served in the armed forces, joining auxilery groups for the Coast Gaurd (SPARs), Army (WACs), among others. 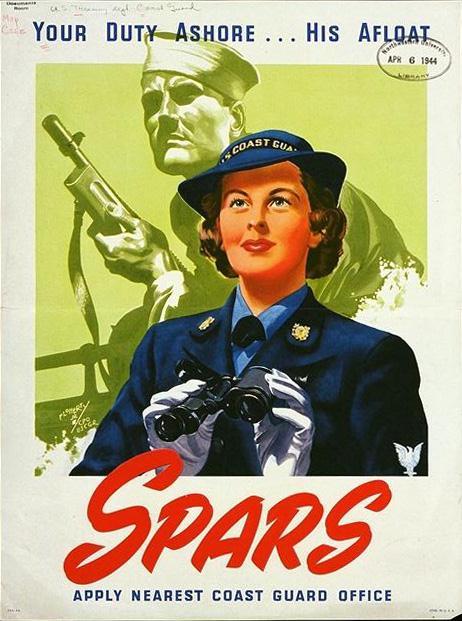 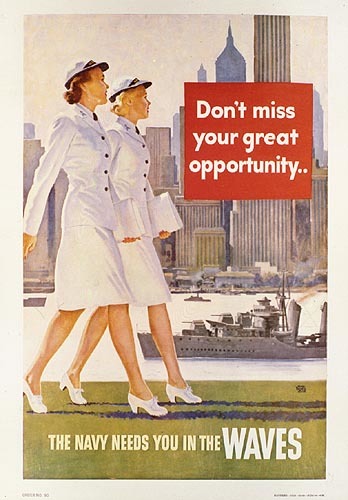 A sampling of some of our SPARS and WAVES posters.

The last category of our posters aimed to get women to suppourt the war effort in a more general way, such as buying war bonds or conserving needed material. 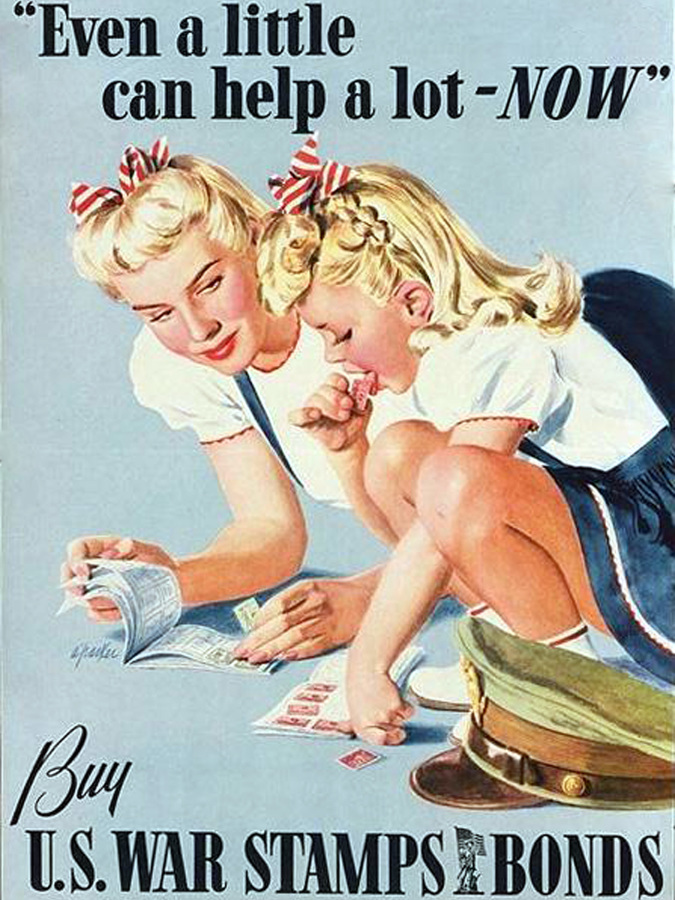 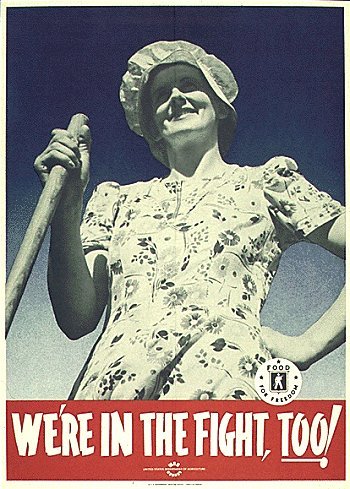 War Bonds helped fund the effort, and personal Victory Gardens were encouraged so that the large farms could focus on feeding the troops.

We are now selling prints of these posters, along with much more, at our online store!