Reuben Hollis Fleet was born 6 March 1887 in the Grays Harbor area in the Washington Territory, near Montesano. He attended public schools in Montesano, and was a 1906 graduate of the Culver Military Academy in Indiana, where his uncle was superintendant. Returning to Washington, he was involved in his family timber and real estate businesses, was an officer in the Washington National Guard, became a civic leader, and was elected to the state legislature in 1915, its youngest member. During this period, he became more and more interested and involved in aviation. His formal introduction came when he was selected for aviation training, reporting to the Army’s Rockwell Field, at North Island, Coronado.

He earned Junior Military Aviator (JMA) wings Number 74 in 1917 at North Island, soon after receiving a commission as a major in the Army Signal Corps. He was assigned to a position in Washington, D.C., where he directed aviation training. He was then transferred to England, where he graduated from the flying instructor school at Gosport. Later, he was stationed in Dayton, Ohio, serving as business manager for McCook Field, then as the Army Air Services chief contracting officer. 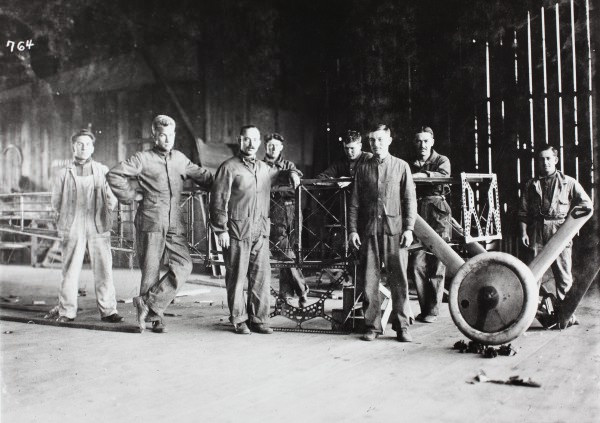 Reuben H. Fleet was given the responsibility for organizing the nation’s first Air Mail service in 1918. He resigned from Army service in 1922, joining Gallaudet Aircraft Corporation as general manager. He founded Consolidated Aircraft Corporation in 1923, purchasing the training airplane designs of Dayton-Wright from General Motors, and renting the Gallaudet factory in Rhode Island. In 1924, he moved to Buffalo, New York, leasing quarters in the government-built Curtiss plant. He purchased Thomas Morse Aircraft, and moved it to Buffalo, also purchasing the Hall Aluminum Aircraft Company.

He moved his growing company to San Diego, California in 1935. In San Diego, Consolidated Aircraft Corporation became the world leader in building military training planes, also building seaplanes in larger numbers than all other flying boat manufacturers combined. His landplane bombers for World War II were built in greater quantity than any other aircraft ever produced. Three weeks before Pearl Harbor Reuben H. Fleet sold his stock interest in Consolidated.