Arthur Dunning Spearman, Archivist at Santa Clara University, authored many publications of California history throughout his career. Of particular interest to him was the life and work of John Joseph Montgomery, International Air & Space Hall of Fame inductee. 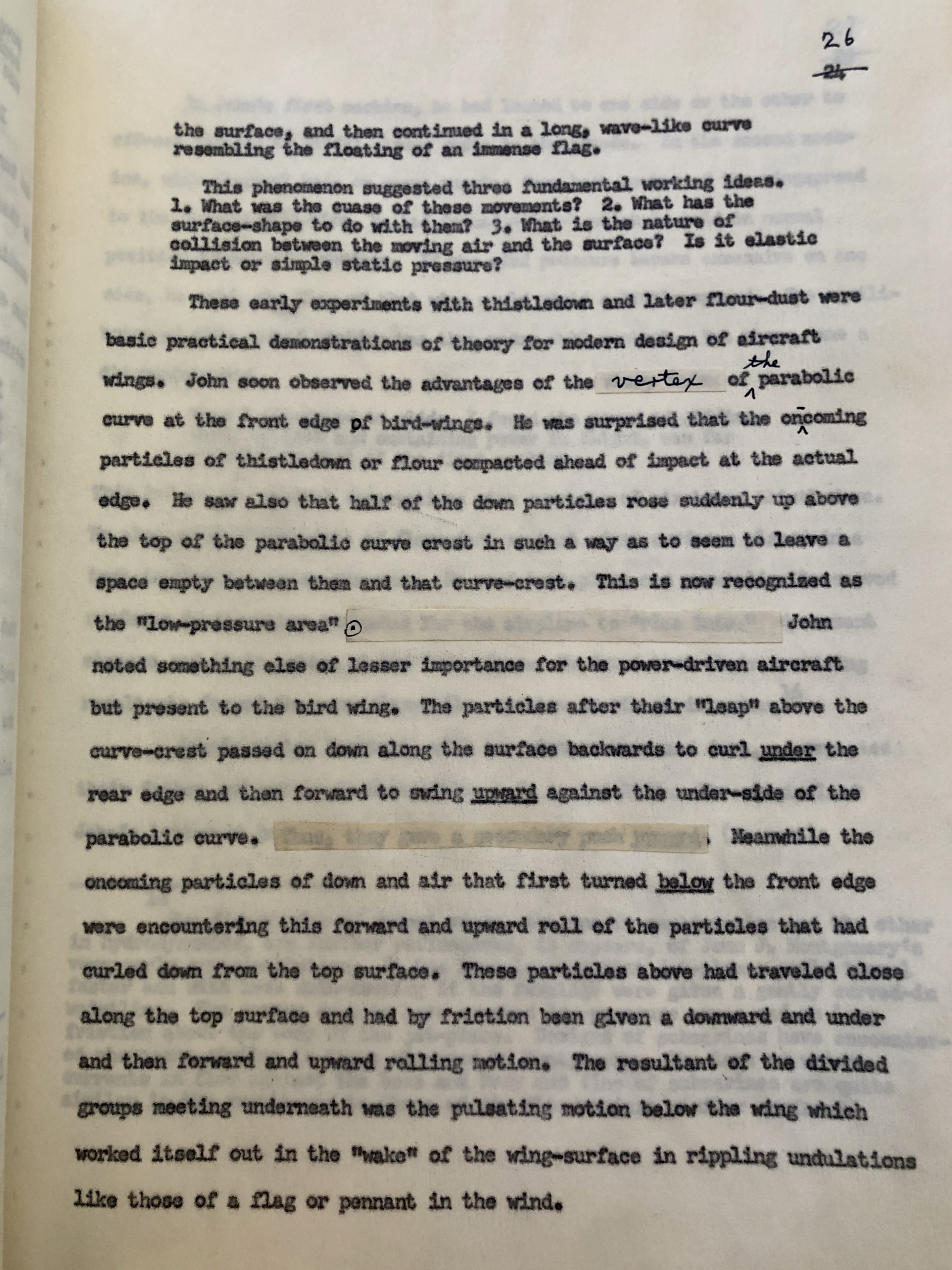 Evidence of editing on a page describing Montgomery’s workshop. 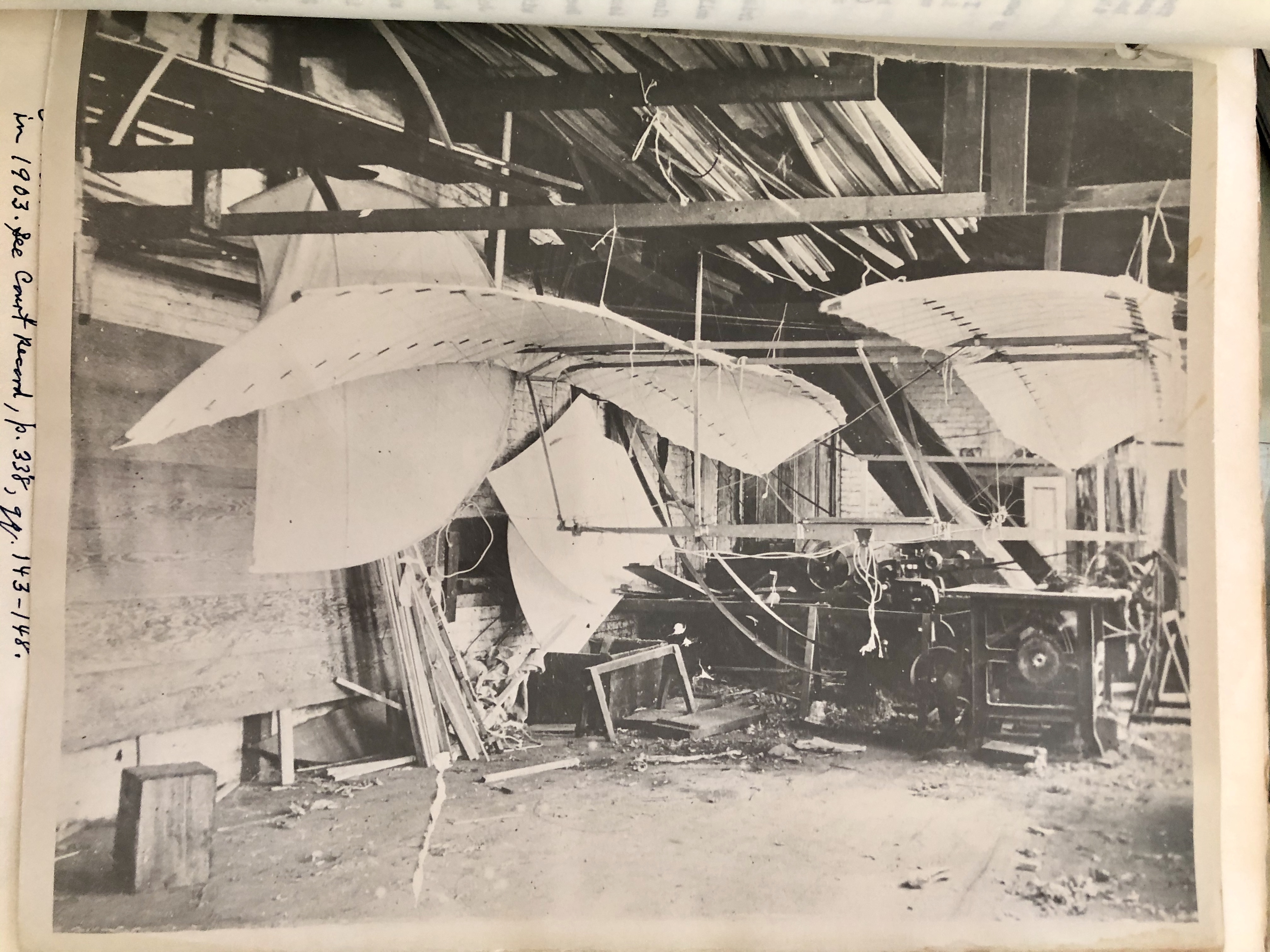 Full size photograph within the manuscript.

Likely a preliminary study for this book, the manuscript is titled “The Life and Contribution to Aviation of John Joseph Montgomery” and is dated 1962. It is 212 pages and is assembled almost like a scrapbook. Spearman details John’s early life as well as the history of the Montgomery family. It describes his workshop on the family’s farm, Fruitland, in Otay Valley where he studied bird wings and the intricacies of aerodynamics by experimenting on homemade machines. 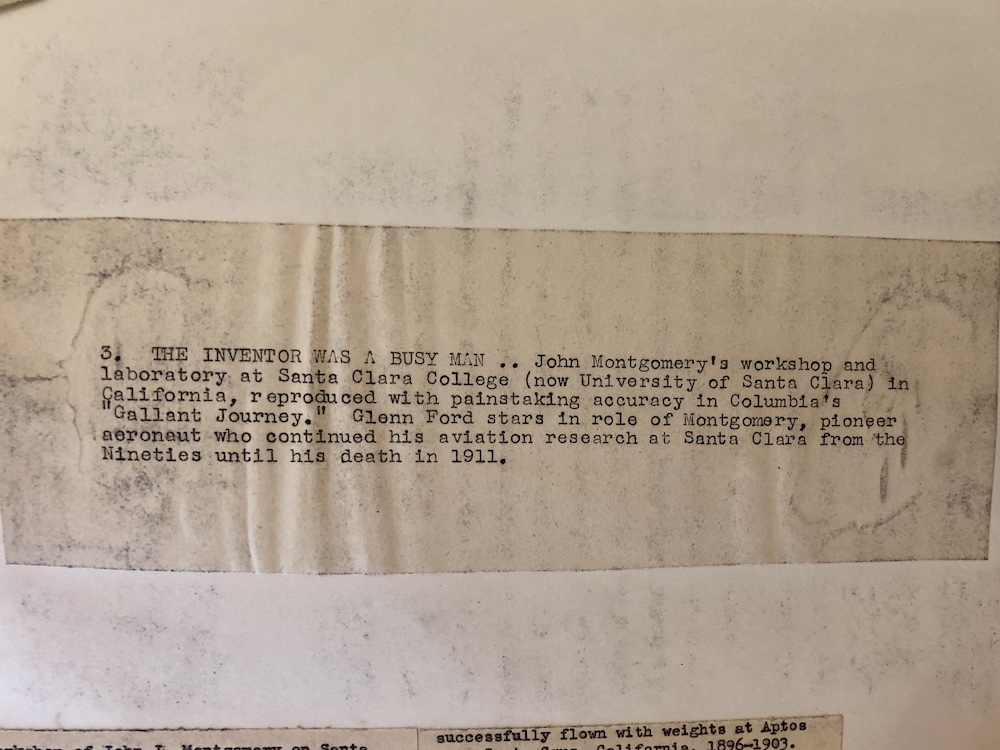 Typed caption on reverse of photograph.

The manuscript acknowledges all who helped him at Fruitland including his siblings and neighbors. Interleafed in this history are many full-size photographs from the University of Santa Clara Archives with typed and handwritten captions. Letters from individuals who worked with or witnessed Montgomery’s flights and work are also included, as well as a detailed chronology of his life, and a lengthy bibliography of work published about him. The manuscript shows evidence of meticulous editing, and reflects the depth of research Spearman conducted in pursuit of a rich and accurate history of Montgomery’s life. 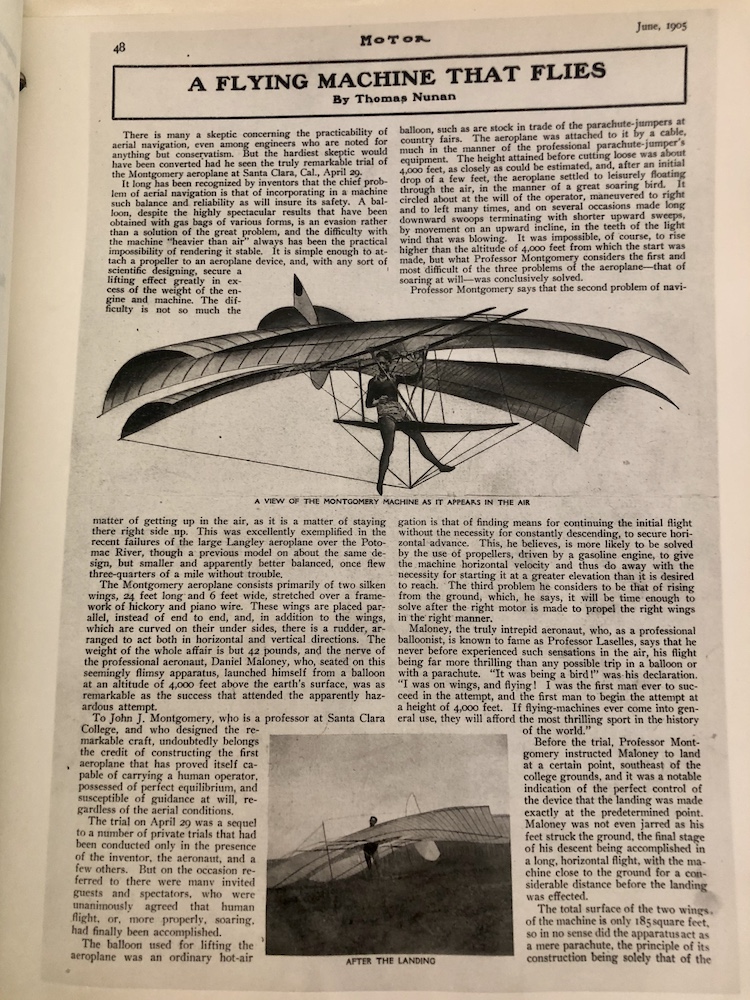 John Montgomery is of special interest to the San Diego Air & Space Museum because he represents not only one of the first humans to fly a heavier-than-air machine, but also the importance of the San Diego area to the birth of flight. Montgomery’s Evergreen Glider is on display in the Museum as part of the Dawn of Flight gallery, as is his own handwritten manuscript, Soaring, in which he presents his studies of aerodynamics. 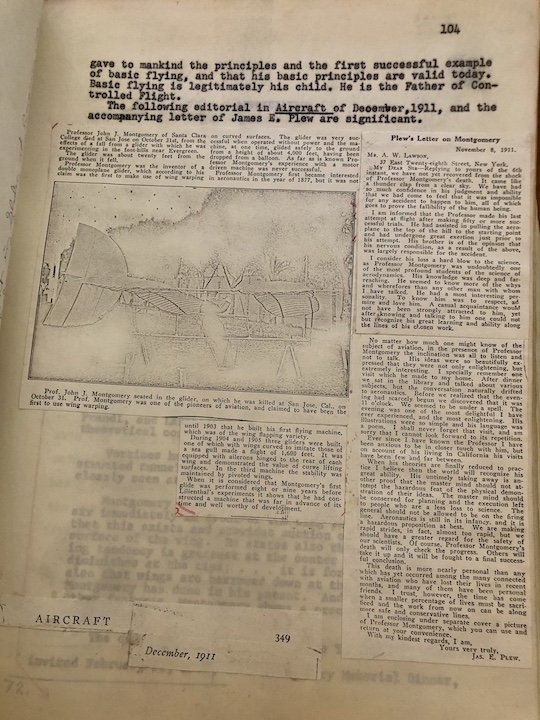 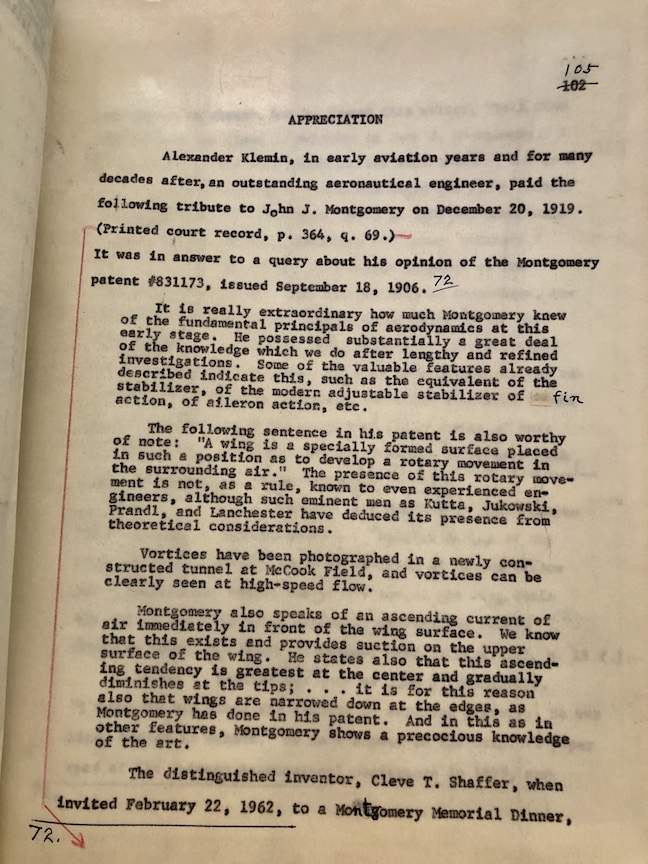 Beginning of ‘Appreciation’ section of manuscript which includes numerous letters written by those who personally knew Montgomery or witnessed his flights. 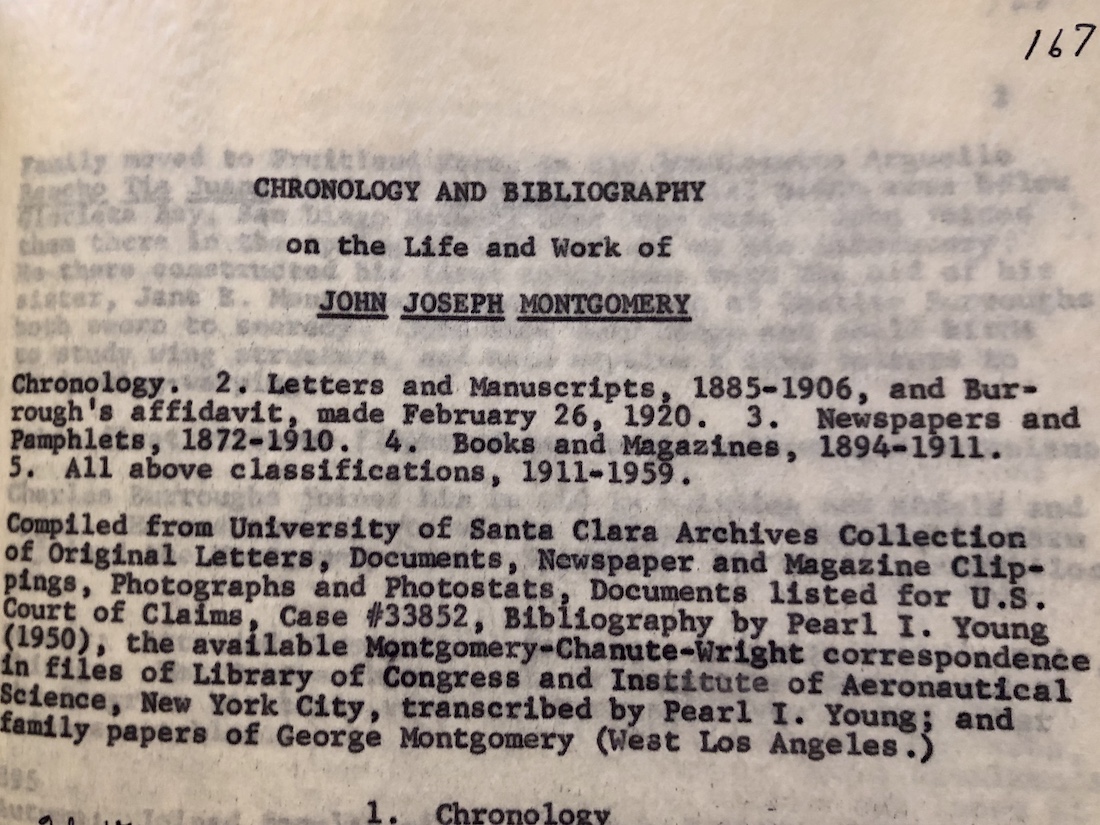 Description of Chronology and Bibliography section. 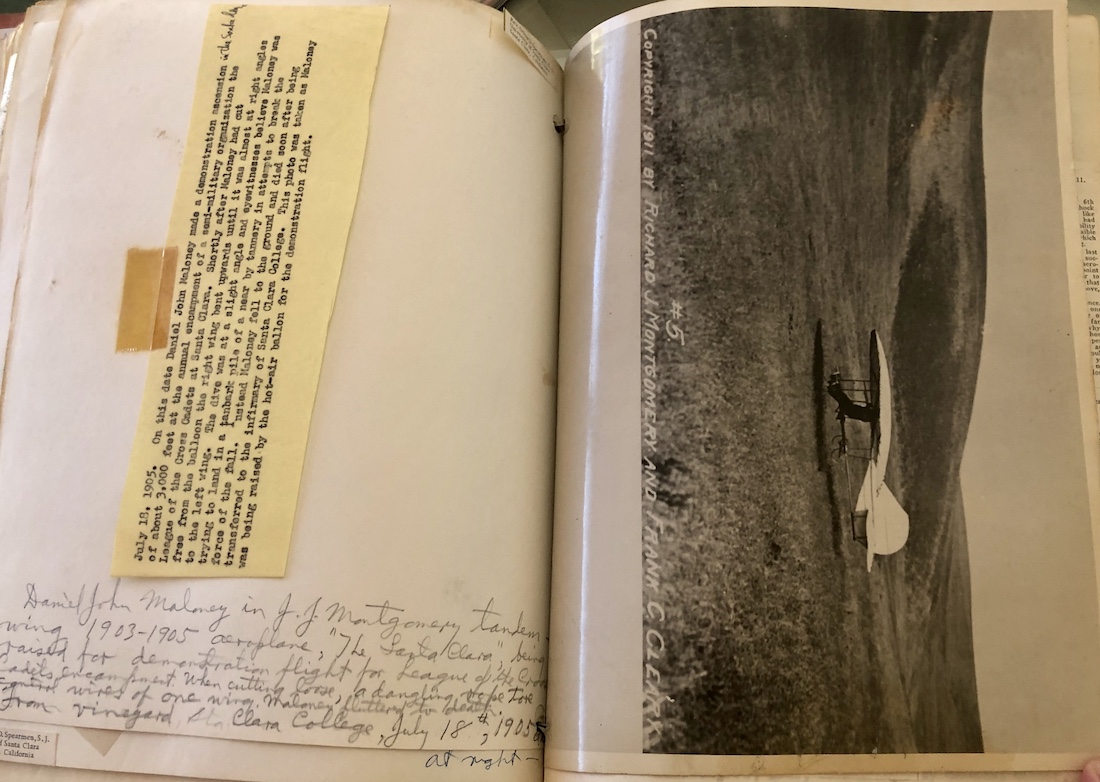