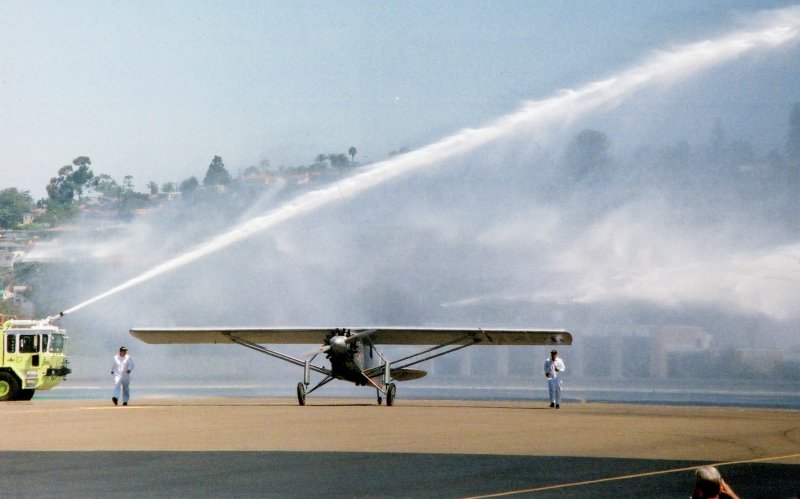 After its 27-minute flight, the aircraft remained on display for several hours at an open house hosted by the San Diego County Regional Airport Authority. The day’s activities included the flight and landing of the Spirit replica, musical entertainment, kids’ activities, appearances by the Harbor Police, aircraft rescue and firefighting vehicles, and food and drinks. This collection includes newspaper articles, programs, postcards, and photographs of the event.

The Museum’s replica Spirit of St. Louis was built in 1978 after the Museum’s original replica was burned in the Museum fire. It flew for the first time in 1979 for a total of 2 hours and 40 minutes. The aircraft is now on static display in the Museum’s Rotunda.

Above and Beyond
Our newest exhibit launches February 4th! Come see it!