Many WW1 fighter pilots recorded their aerial victories on the fuselage of the aircraft they flew in combat, but it was also common for pilots to keep tokens of the victims; a good example is WWI’s infamous “Red Baron”, who maintained a substantial collection of trophies from his career, ranging from cut-out national insignias from his downed opponent’s wings to engraved silver cups with details of each shoot-down.

In years past many military officers often carried "Swagger sticks".  Basically a cane or walking stick often with some significance.  General Patton famously carried a swagger stick at times. 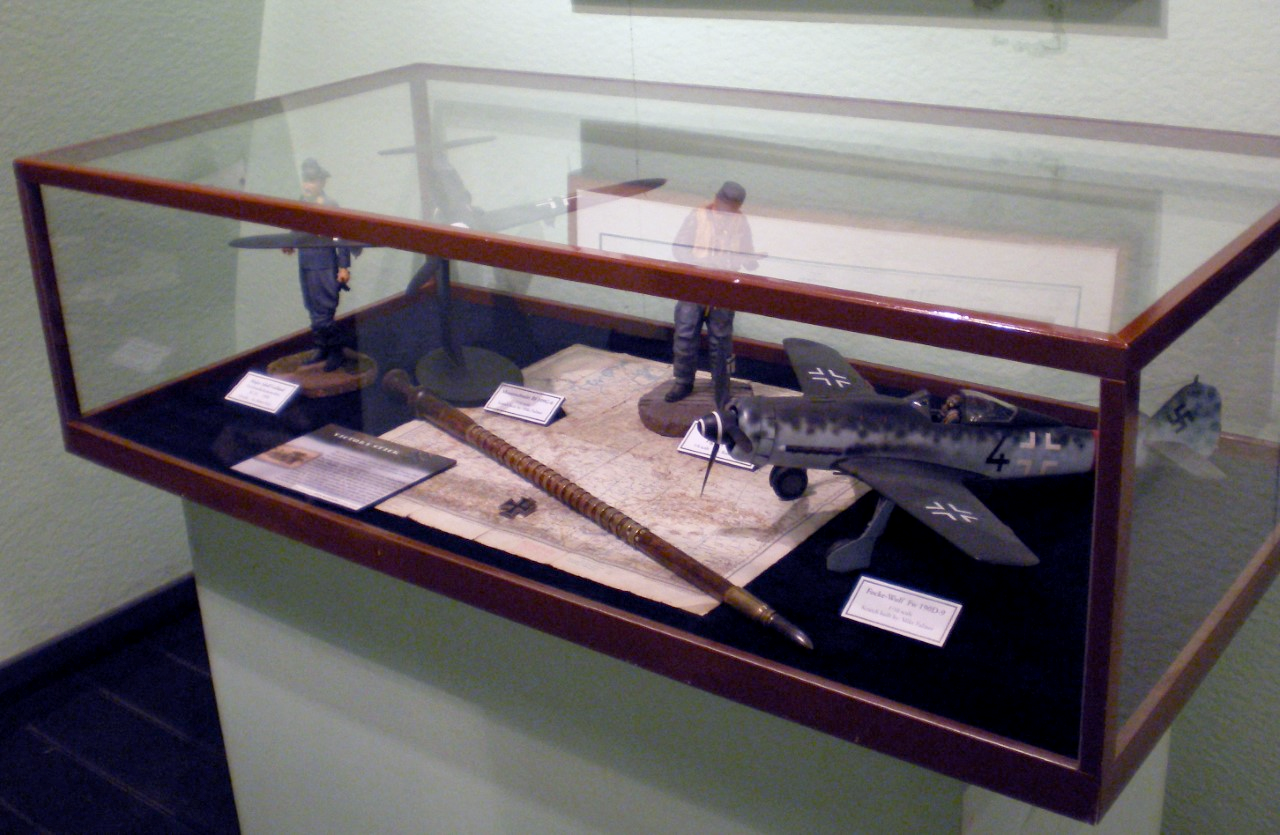 In WW1 a German “ace” carried such sticks to show his aviation prowess thus the tradition of a “Victory Stick” was born.  This was a cane inscribed with details of the pilot’s “kills”. These sticks were common in the First World War and any self-respecting German ace had one at his side whenever a camera was pointed in his direction.

By the time WWII broke out, the tradition had fallen out of favor and Victory Sticks were not common. However, in one unit, the tradition lived on. Jagdgeschwader 5 (Fighter Wing 5) traced its roots back to JG 77, where there were several senior pilots that had also served in the “Great War”. These men retained habits and taught the new pilots air combat using lessons they learned in biplanes over the Western Front.  San Diego Air and Space Museum has one of these very rare Victory Sticks on display in our World War Two Eagle Squadron exhibit. 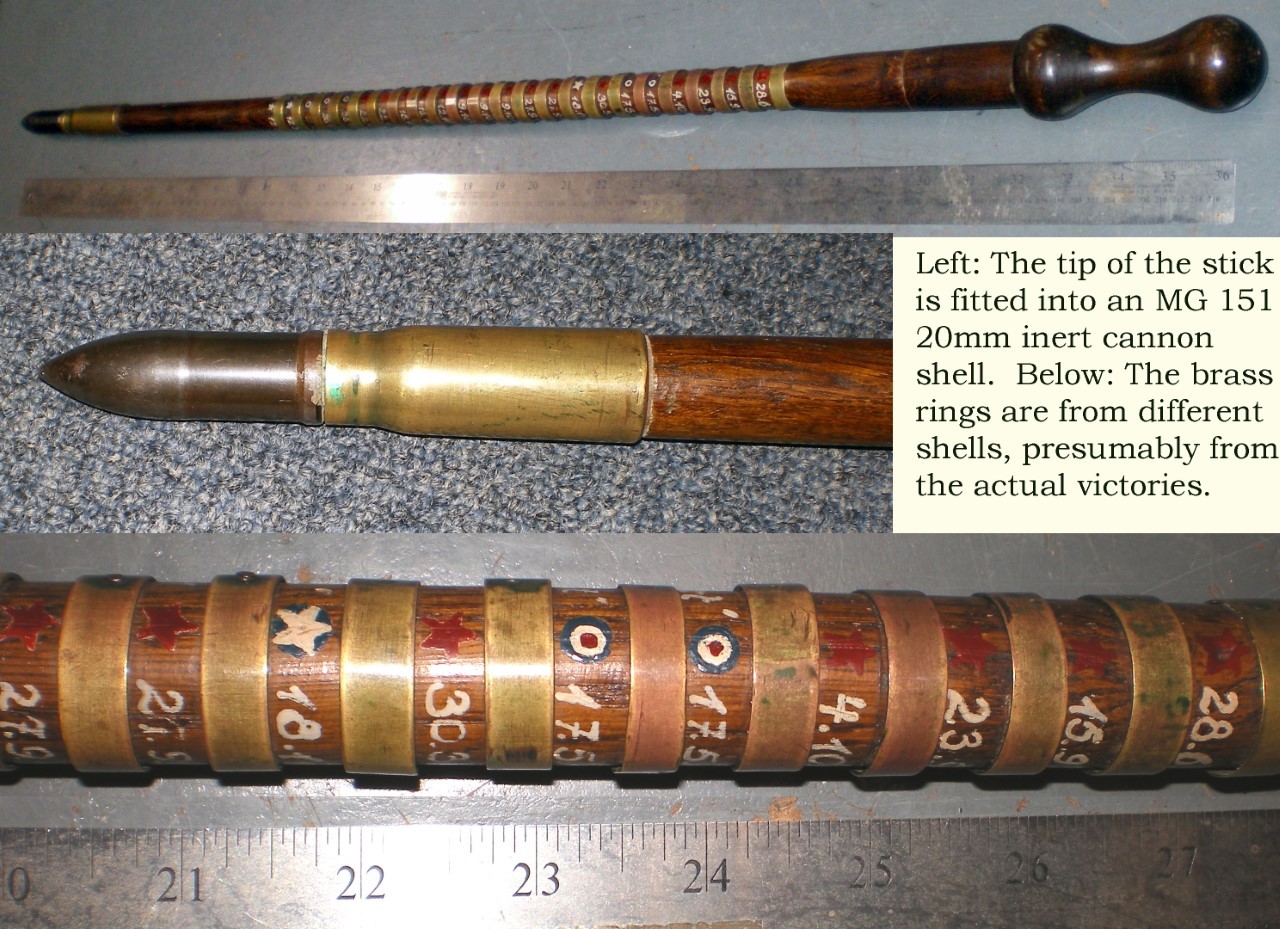 Shortly after the war, USAAF pilot Nick Nicholas purchased this “Victory Stick” from a deceased pilot’s wartime girlfriend.  The stick was one of her few possessions of value. She had cut it in half to hide it in a suitcase.  She apparently approached and sold it to Mr. Nicholas.  He kept it for many years before bringing it to the museum in February 2007 to see if it was authentic and get more information on it.

Mr. Nicholas, offered to loan the San Diego Air & Space Museum this rare example of an unknown WWII German fighter pilot's "Victory Stick".  After a few days of research by the Museum staff, they identified the unknown Luftwaffe pilot by the dates and types of his aerial victories as Lieutenant Heinz Kappler. After learning the providence Mr. Nichols donated the Victory Stick to the museum. 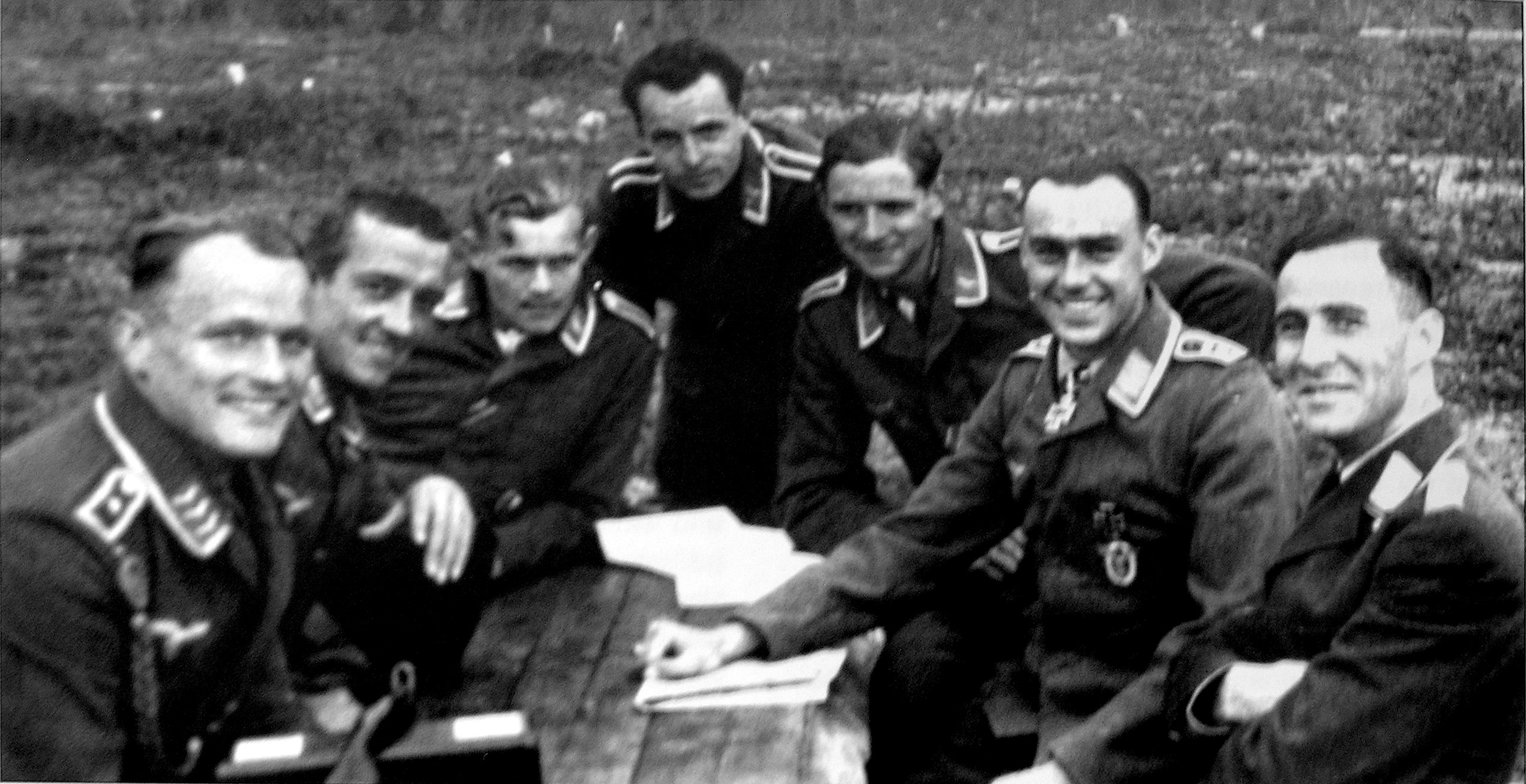 Heinz Kappler, center, among members of his squadron in 1942. On the left is the unit’s “Speiss” (Sergeant-Major); second from right is the Staffelkapitaen, an Oberleutnant that wears the “Knights Cross” around his neck.

Lieutenant Kappler  served throughout most of the war, destroying 23 Allied aircraft, recorded by date and type on rings surrounding the walking stick. Although not all of these claims match known losses of Allied aircraft, the pilot was successful in combat, shooting down a variety of Russian, British, and American fighters and bombers.

Born in 1920, Kappler was a bit older than most of the young men he flew with in combat. He completed his primary flight training at Abschule (A/B) 9 and qualified as a fighter pilot at Jagdflieger Schule 3 on November 1, 1940.

Unteroffizier Heinz Kappler flew with I./JG 77 beginning in February, 1941. Part of that Fighter Wing was transferred to JG 5, the famous "Polar Wing", flying the Bf 109 F. Ultimately, he was assigned to the 4th Gruppe of “Jotka 5”. Käppler flew with JG 77 in 1941, flying the Messerschmitt 109. Käppler was promoted to Lieutenant and Squadron Commander of 15./JG 5

The walking stick is 1 meter long, made of a dark Northern European wood, and tipped with a 20mm shell from an MG 151 wing cannon from a Bf 109. The victory notations are separated by thin brass rings, fashioned from other expended cannon shell casings. It is possible that these rings were made from the shells used on the missions when these aircraft were shot down. All of the victory notations include a national insignia, the aircraft type, and the date of the combat. 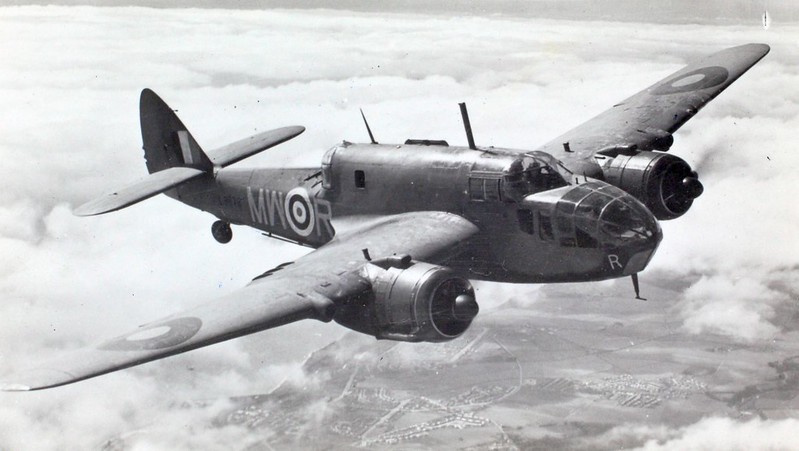 Bristol Beaufort similar to those shotdown by Keppler.

In an aerial battle between RAF bombers and his squadron, Keppler shot down two Beauforts on May 17, 1942. His unit also fought against Soviet and American aircraft; he destroyed a Russian Pe-3 medium bomber on March 30, 1943, and a US 8th AF B-24 “Liberator” on November 18, 1943. 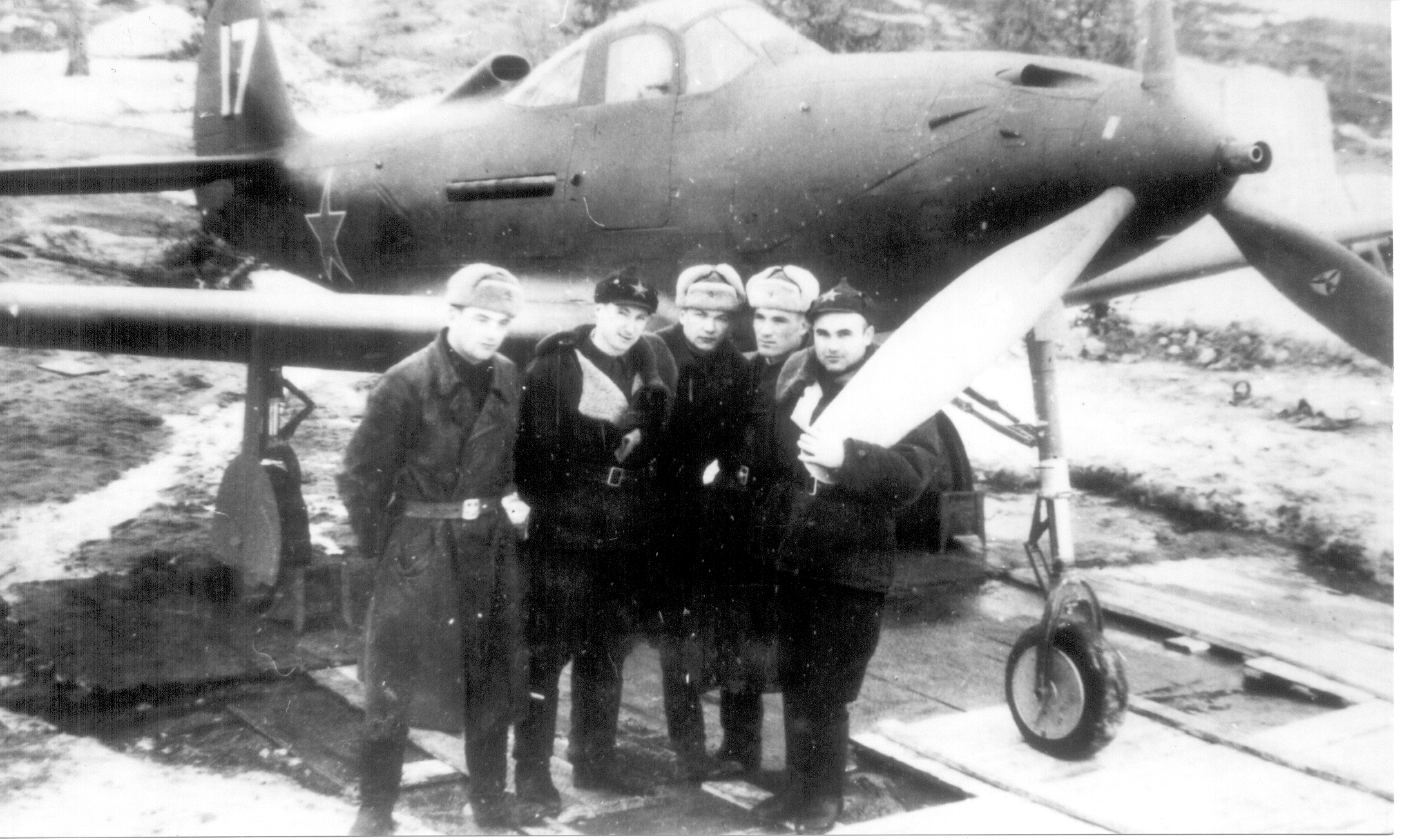 These and other successes led to Kappler’s promotion to Lieutenant and Squadron Commander (Staffelkapitaen) of 15./JG 5. In his new unit, he destroyed several American “Lend Lease” aircraft, gifted to the Soviets – he shot down an Airacobra and a Boston III on September 27, 1944, an Airacobra on Oct 12, 1944, an Airacobra and a YAK-9 on Oct 16, and two Airacobras on Oct 22, 1944. Keppler’s later claims are difficult to equate, but a Mosquito from 235 Squadron was lost on December 26, 1944, which matches one of his two Mosquito claims on his combat report. He continued flying in combat as the Reich crumbled around him, scoring his last verified “kill” against a 19 Squadron Mustang III (RAF P-51D) that was lost on March 12, 1945 in combat with JG 5. 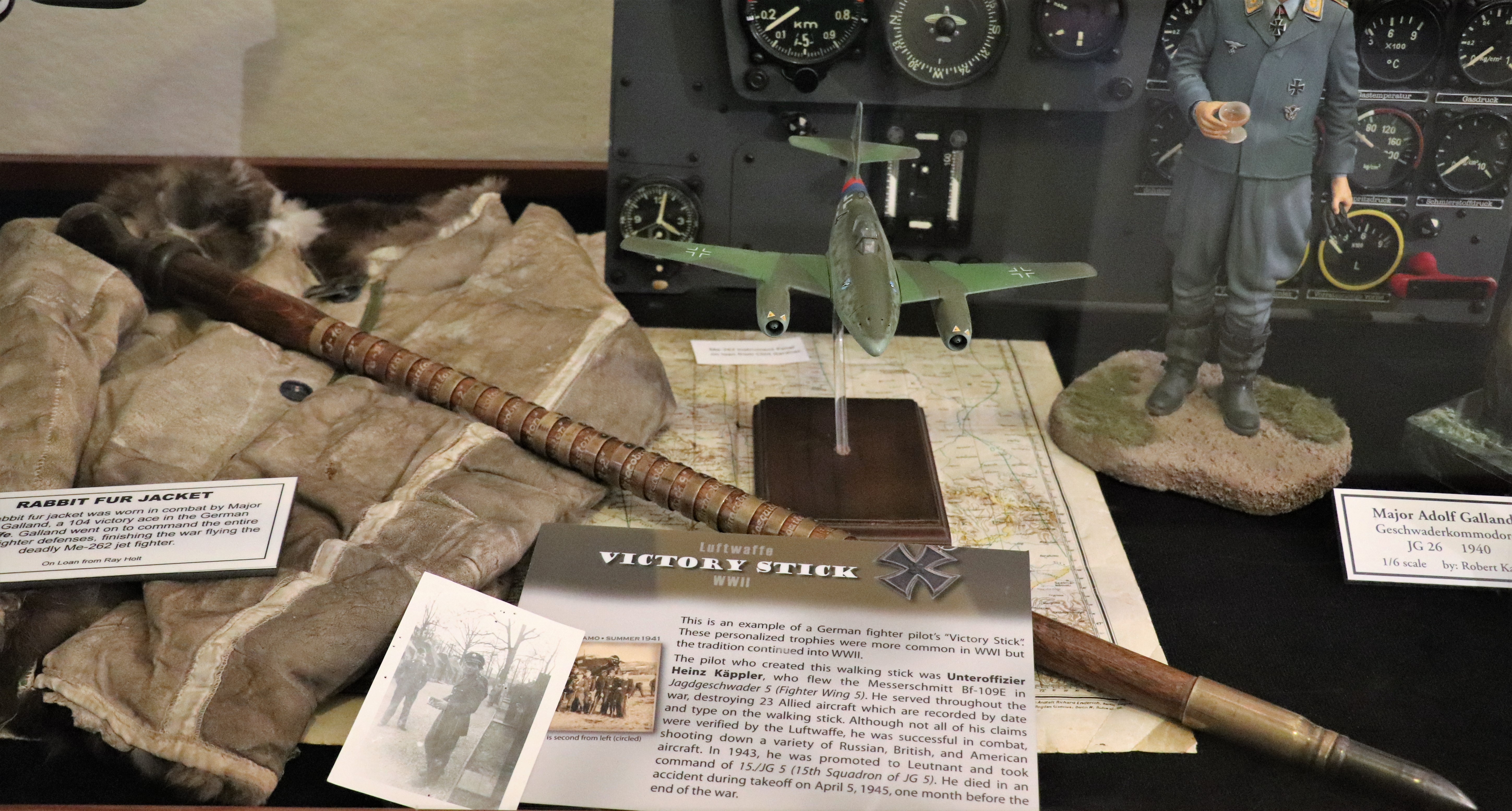 The “Victory Stick” is on display in the RAF Nissan Hut in the World War II gallery of our museum. The display case currently features a German pilot statue depicting Oberst Adolf Galland and his wartime rabbit fur jacket liner. Also, the case has an authentic Luftwaffe map, and large scale late-war models of German fighters (an FW 190 D-9 and a Bf 109 G-6 that is very similar to the machine flown in combat by Leutnant Kappler).

Unfortunately Kappler did not survive the war crashing heavily on takeoff in his Bf 109 G-14 on April 5, 1945, while serving as the Staffel leader of 15./JG-5. Keppler died an airman’s death, succumbing to his injuries a couple days after his crash. He was almost 25 years old at the time he perished. Apparently leaving his girlfriend his prized Victory Stick.

Leutnant Keppler’s probable victories: (As noted on the stick)

* Confirmed by loss of Allied aircraft in combat # Equates to a lost 235 Squadron RAF Mosquito + A British-flown "Mustang III" (P-51D) of 19 Squadron.