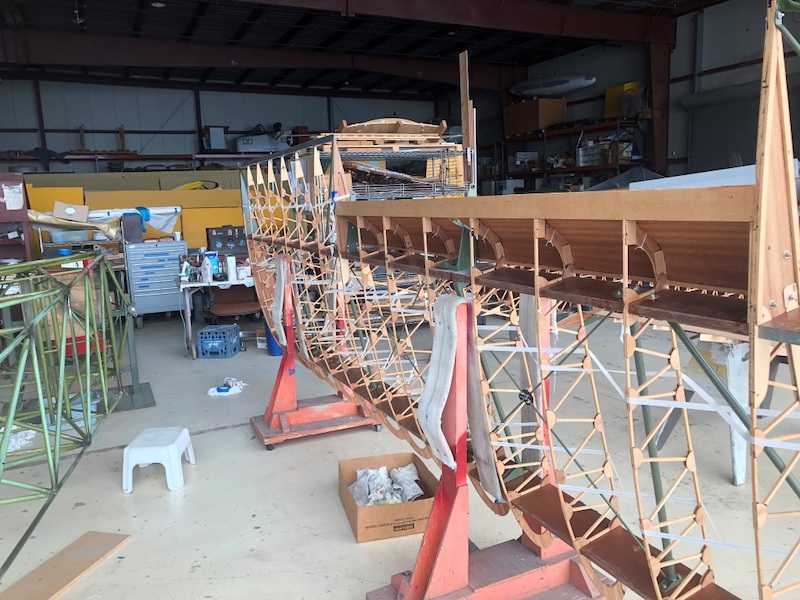 The Museum’s L-3 “Grasshopper” was built in 1943 for the Army Air Corps, and the type was used as an observation and liaison aircraft during World War II. Following the war, it was acquired by civilian owners and deeded to the Museum in 2011. It is currently undergoing a complete restoration at Gillespie Field, having been taken down to the last part. When completed in 2022, the aircraft will be certified for flight and become the first Museum aircraft to take wing since the Spirit of St Louis did so in 2003.