​This Week in SPEED: The Rose RP-4 Project

Intended to compete in the Unlimited Class at the Reno Air Races, work began on the David Rose RP-4 project in 2005. Designed by Mr. Rose and built primarily be Eric Hereth, both of San Diego, at slightly over 4,600 pounds, 100 more than the minimum allowable, it is estimated that the racer would tour the course at upwards of 600 miles per hour (mph), at least 100 mph faster than the current record holder. 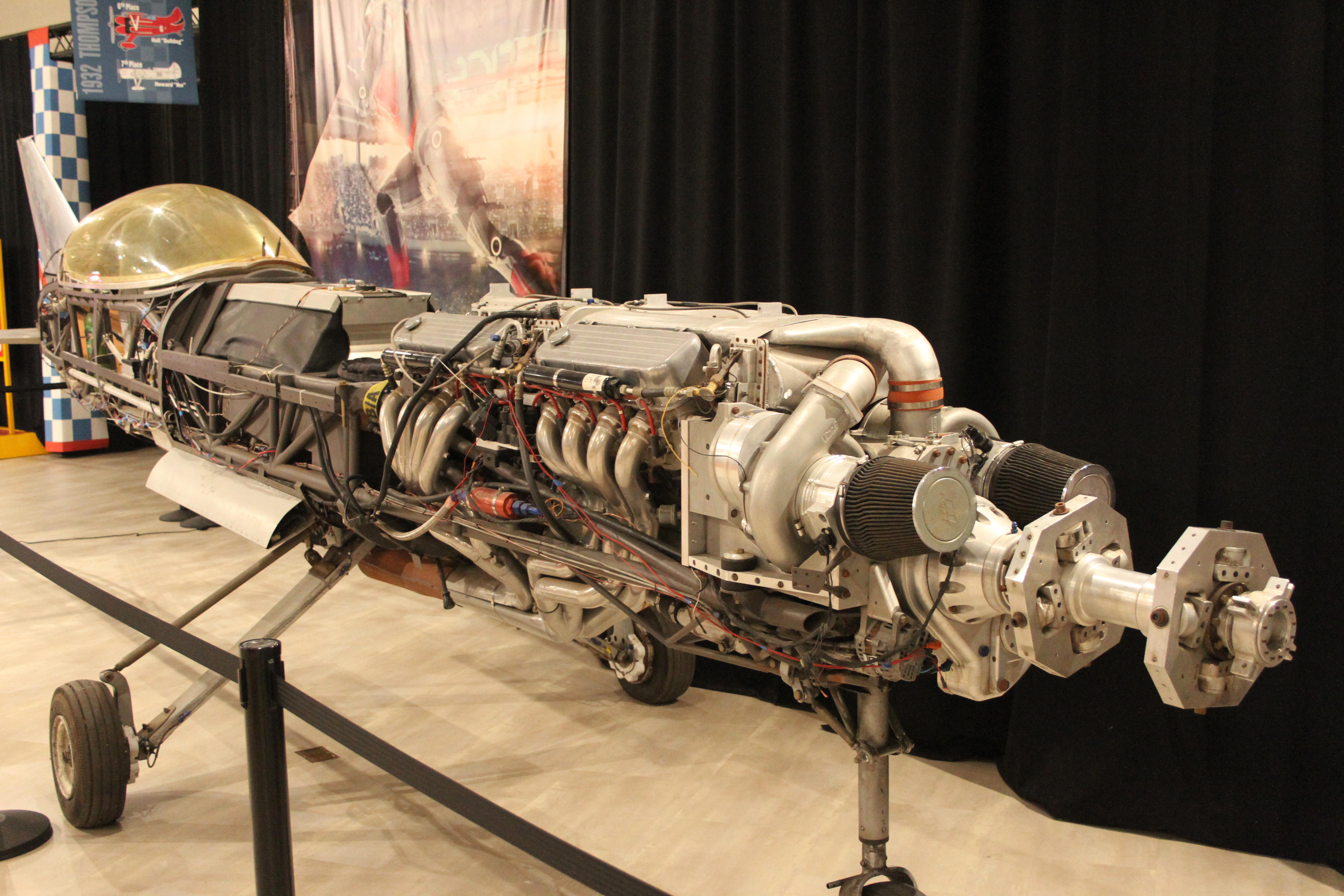 Power is provided by two 600 cubic inch displacement V-8 engines designed originally for drag racing and, in that configuration, each is capable of producing as much as 2,500 horsepower (hp).Detuned to approximately 1200 hp. each, the engines were expected to withstand the rigors of running at full throttle for eight minutes, the time required to complete each heat at Stead Field in Reno.

The engines are mounted in tandem, each with its own independent systems, and each driving its own propeller. The engines are pressure-fed by two Pro-Charger F3-R centrifugal type superchargers with refrigerated intercoolers. The induction system is custom made from the 6” diameter throttle plate, to the attachment at the cylinder heads. The fuel is delivered by an electronic fuel injection system, also custom made for this application. Two-inch diameter stainless steel headers converge into collectors at the bottom of the fuselage exiting rearward and providing additional thrust in the process.

Somewhat odd appearing contra-rotating propellers are reflective of those used in a ducted-fan experiment in the 1960s. Very efficient, but noisy, they split the job of delivering thrust and also cancel the negative torque reactions resulting from the P-factor, making such a high power aircraft of small dimensions much more easily controlled. 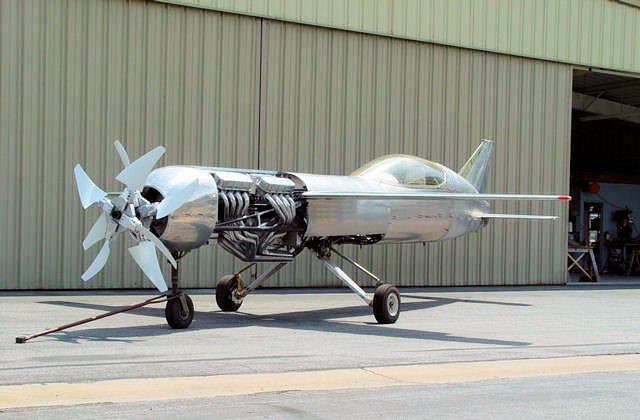 The racer employs a unique engine cooling system. To eliminate any unnecessary parasitic drag on the fuselage, all scoops typically found in this type application are absent. Water from the engine cooling jackets is directed through the wings in parallel tubing, while the wings themselves are filled with water. Heat is transferred from the tubing into the water and heat from the water is transferred overboard through the wing skins. The wing will hold about 50 gallons of water adding about 400 pounds to the weight of the aircraft, which will help it reach the unlimited class weight limit.

All custom crafted by Eric Hereth, the fuselage is 31 inches in diameter with the canopy protruding 12 inches above its top line. It is constructed of welded chromoly tubing, stressed for over 10 g’s and covered in aluminum sheeting. Spinner to tail the aircraft measures 28 feet, with a wingspan of 20 feet and a cord length of four feet at the root. Wing area is 58 square feet, resulting in a wing loading of nearly 100 pounds per square foot.

A change in the rules instituted by the Reno Air Racing Association (RARA) prevented the racer from completing in the unlimited category, and as a result, work on the nearly completed aircraft was halted in 2012.