This Week in Speed: Ford GT

The Ford GT began as a concept car designed in anticipation of the automaker’s centennial year and as part of its drive to showcase and revive its “heritage” names such as Mustang and Thunderbird. At the 2002 Detroit Auto Show, Ford unveiled a new GT40 Concept car. Camilo Pardo, the head of Ford’s “Living Legends” studio, is credited as the chief designer of the GT and worked under the guidance of J Mays. Carroll Shelby, the original designer of the Shelby GT 500, was brought in by Ford to help develop the Ford GT; which included performance testing of the prototype car. While the project was still secret, it was called Petunia. 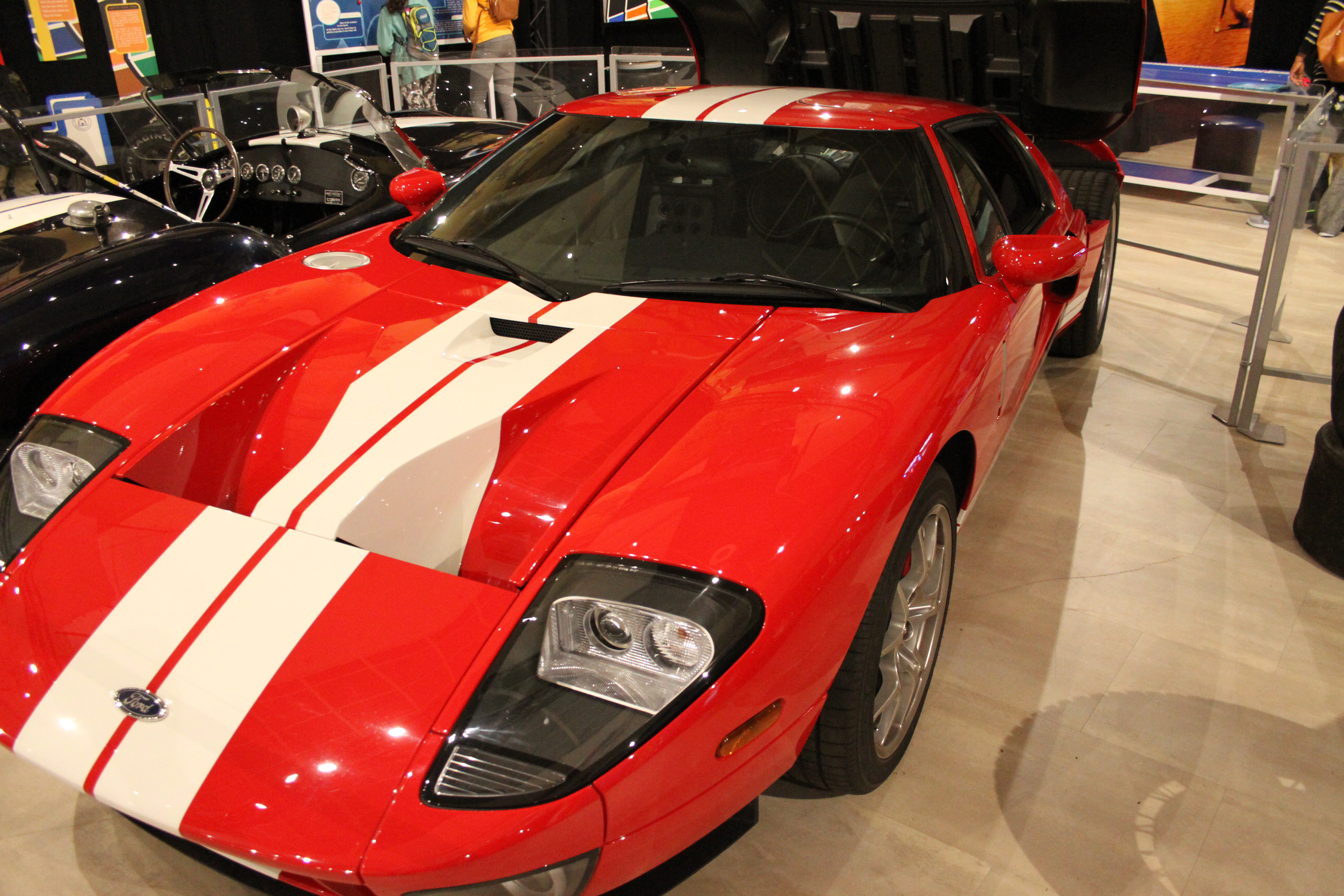 The GT is similar in outward appearance to the original Ford GT40 cars, but bigger, wider, and most importantly 3 in (76 mm) taller than the original 40 in (100 cm); as a result, a potential name for the car was the GT43. Although the cars are visually related, structurally, there is no similarity between the modern GT and the 1960s GT40 that inspired it. Three production prototype cars were shown in 2003 as part of Ford’s centenary, and delivery of the production Ford GT began in the fall of 2004.

As the Ford GT was built as part of the company’s 100th anniversary celebration, the left headlight cluster was designed to read “100”.

When the rear canopy is opened, the rear suspension components and engine are visible.

The mid-mounted 5.4 L Modular V8 engine is all-aluminum with a Lysholm twin screw-type supercharger. It features a forged rotating assembly housed in an aluminum block designed specifically for the GT program. A dry sump oiling system is employed, allowing the engine to sit low in the car’s frame. The DOHC 4-valve heads are a revision of the 2000 Ford Mustang SVT Cobra R cylinder heads (with slightly increased wall casting thickness in the exhaust port).

This generation of the Ford GT has established multiple performance and speed records since its introduction, currently holding the title of fastest car in the world, in the standing mile with a top speed of 293.6 mph.