The San Diego Air & Space Museum is excited to receive the donation of an altimeter from the aircraft flown by Emilio Carranza on his 1928 Goodwill flight from Mexico City to Washington D.C.  Known as the "Mexican Lindbergh,” Captain Carranza is arguably the most significant Mexican aviator. 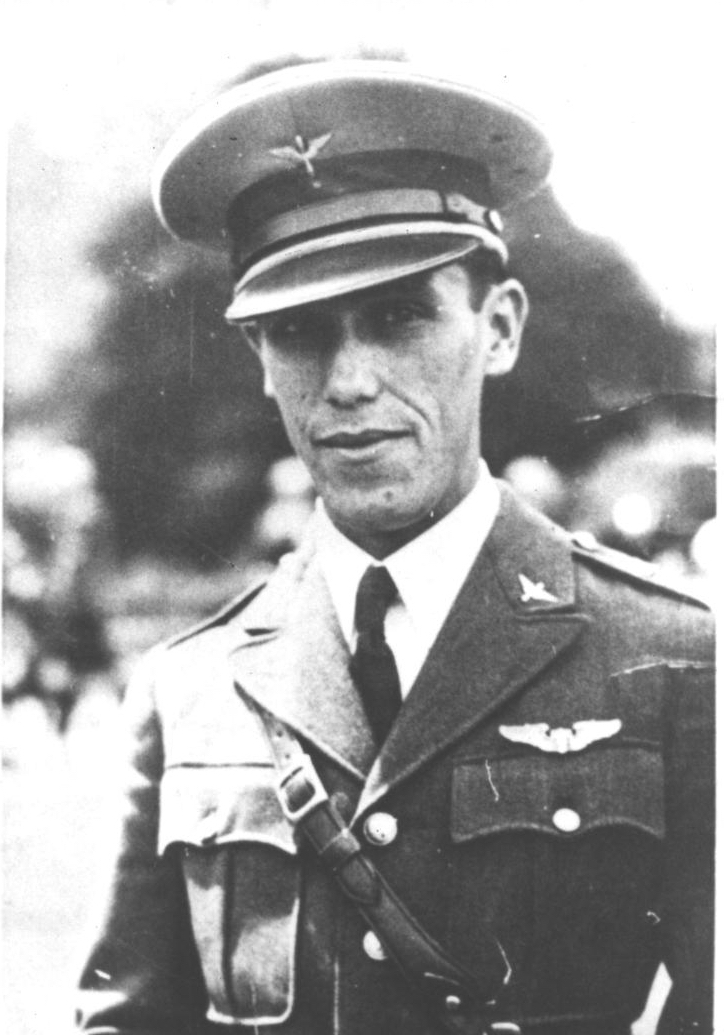 Born in Villa Ramos Arizpe, Coahuila, Mexico, on December 9, 1905, Emilio Carranza was the great-nephew of President Venustiano Carranza of Mexico and the nephew of famed Mexican aviator Alberto Salinas Carranza, who had founded the Mexican Air Force School of Aviation.  Emilio was commissioned into the Mexican Air Force in January 1926 as a Lieutenant. In 1927, Carranza made the first flight from Mexico City to Juarez, a distance of 1,200 miles. Shortly after this trip, Carranza met Charles Lindbergh in El Paso, Texas and the two became very close friends. 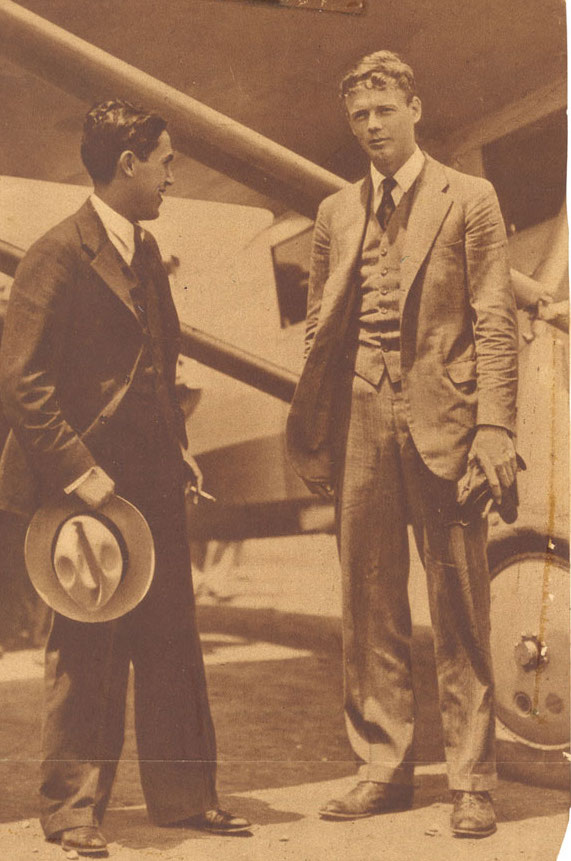 In 1928, Carranza flew from San Diego, California to Mexico City, which was the third longest non-stop flight up to that time (the other two were made by Charles Lindbergh). 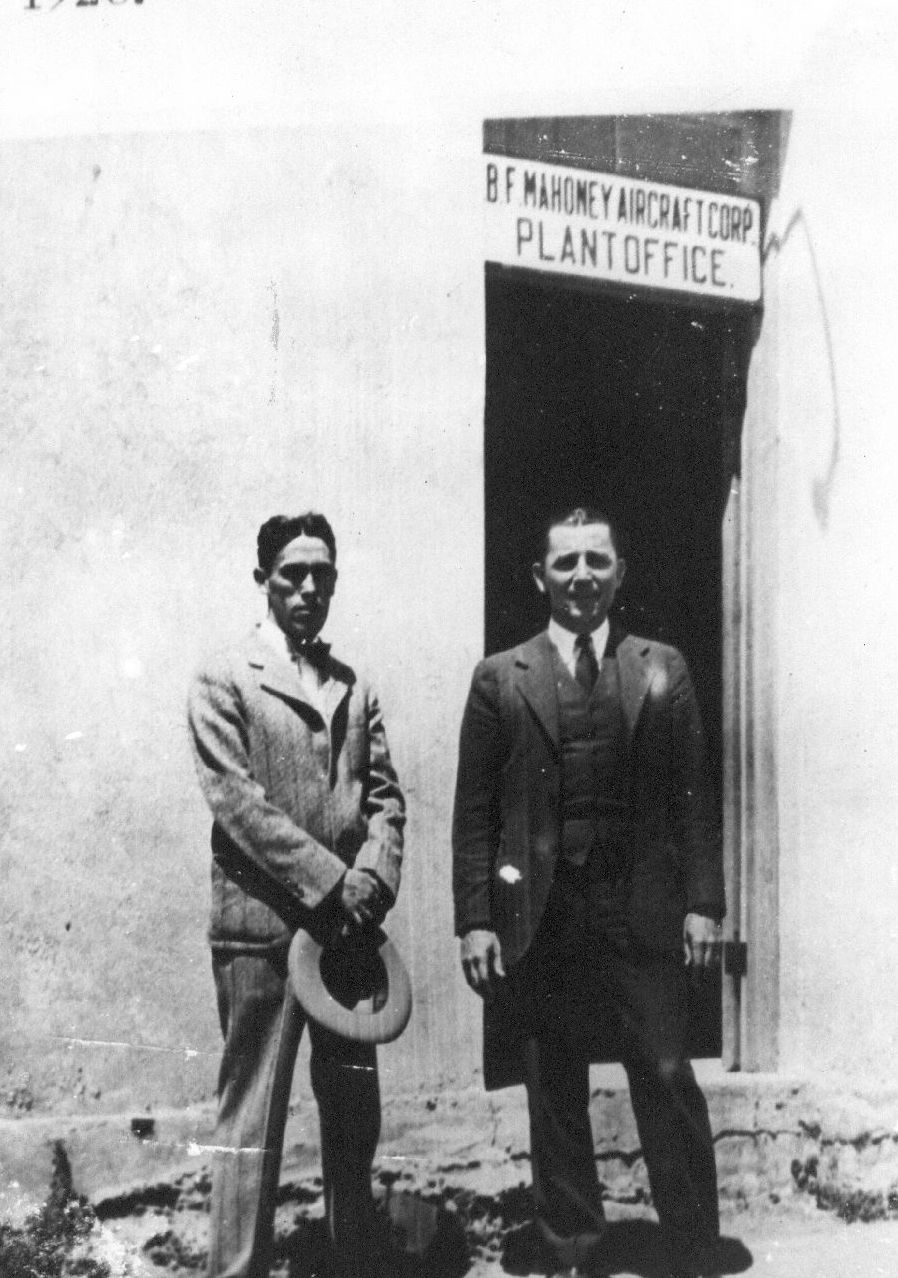 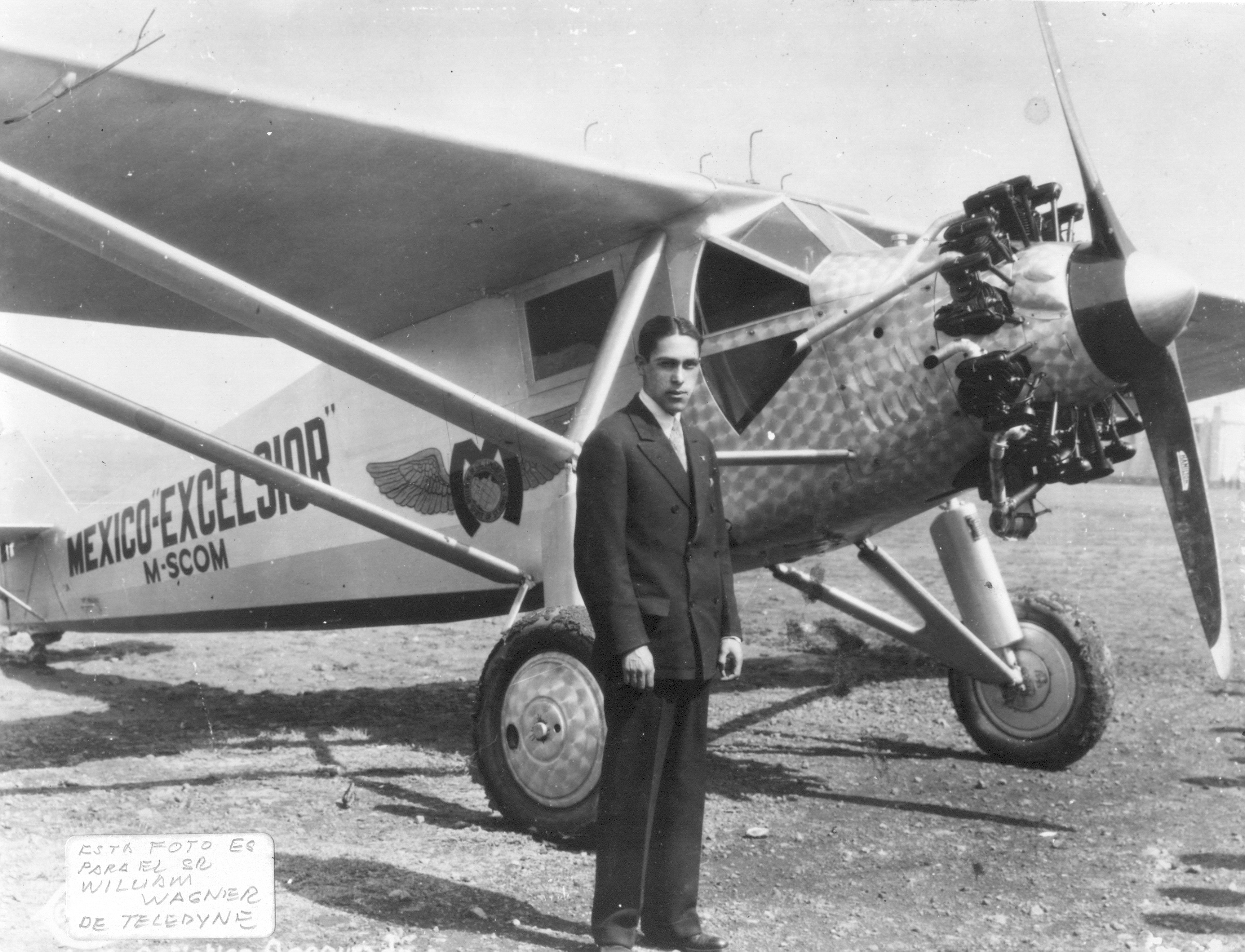 Captain Carranza and his Brougham, the "Mexico-Excelsior" in San Diego prior to his flight to Mexico City.

One of the only known vintage videos showing a Brougham (starts around 6:00) similar to Captiain Carranzas.

In June 1928, Carranza made a Goodwill flight from Mexico City to Washington D.C. to reciprocate Charles Lindbergh’s previous goodwill flight from Washington to Mexico City.  Already a national hero in Mexico, upon landing in Washington, Carranza became even more famous, and dined with President Calvin Coolidge.  Tragically, on the night of July 12, 1928, Captain Carranza died near Mt. Holly, New Jersey while returning to Mexico, when his aircraft crashed during a severe thunderstorm. 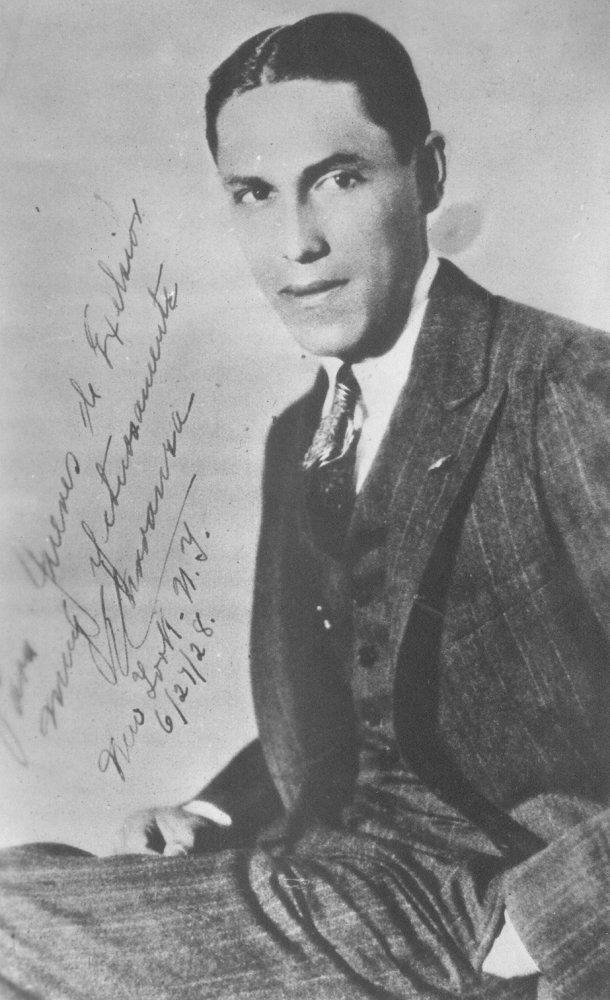 This image was autographed by Captiain Carranza only a few days before his death. 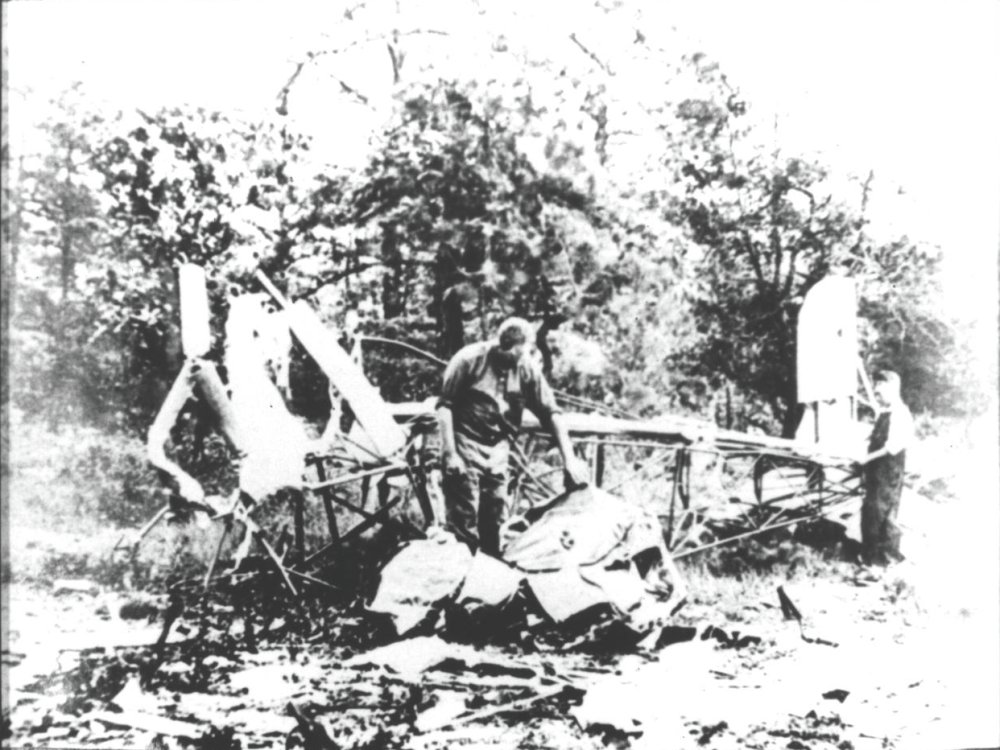 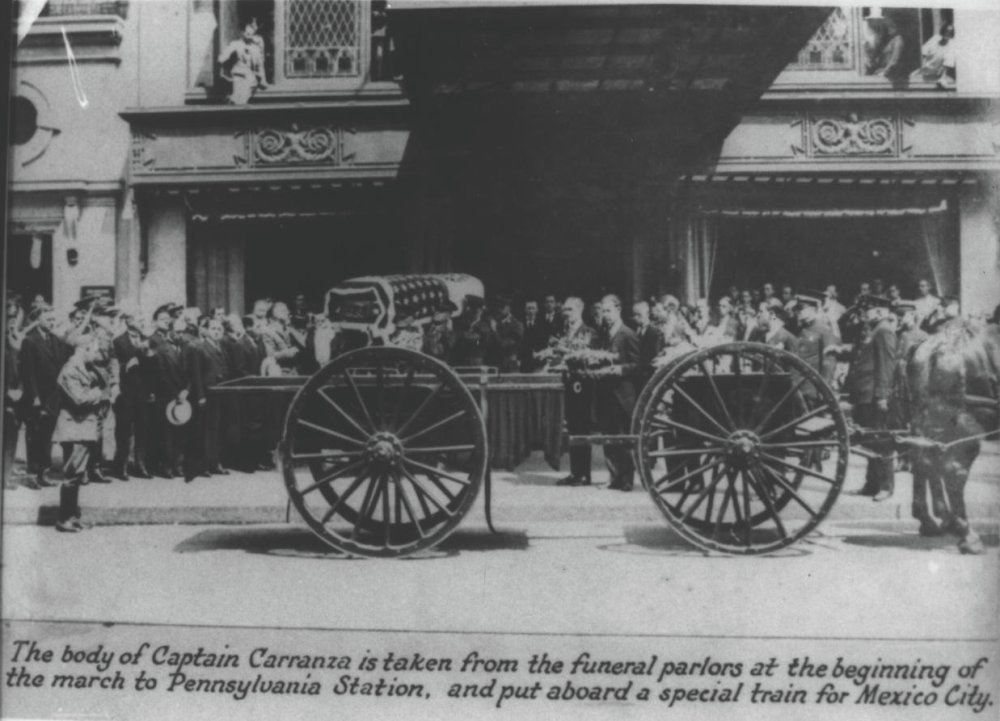 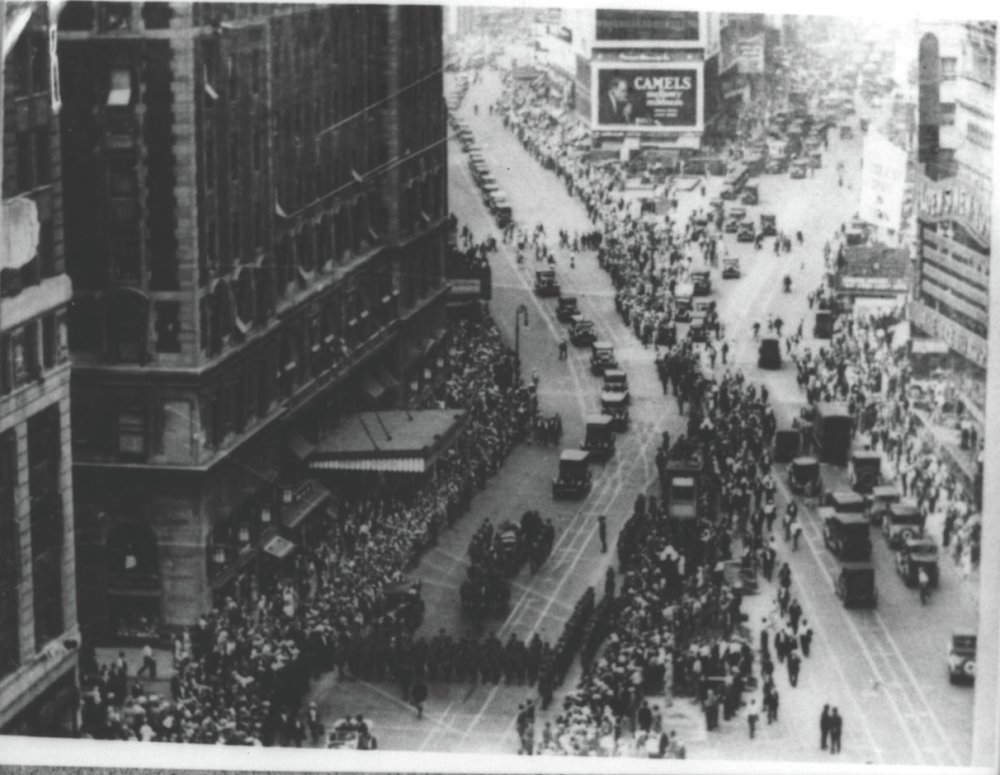 Carranza was given a state funeral in New York, and his body was eventually returned to Mexico, where he is still mourned to this day. The aircraft Captain Carranza was flying on his Goodwill flight was a Ryan Brougham, named the Mexico-Excelsior. It was built in San Diego by the B. F. Mahoney Aircraft Corporation and had many of the same features as the Spirit of St. Louis.  Upon crashing in New Jersey, some locals gathered parts from the Mexico-Excelsior to be kept as souvenirs.  One of these locals, Stephen Lee, acquired the Mexico-Excelsior’s altimeter, and kept it with him for 67 years, until finally returning it to Emilio Carranza’s cousin in 1995.  Because the Mexico-Excelsior was built in San Diego, the Carranza family has graciously decided that the San Diego Air & Space Museum would be the ideal home for this very significant artifact. 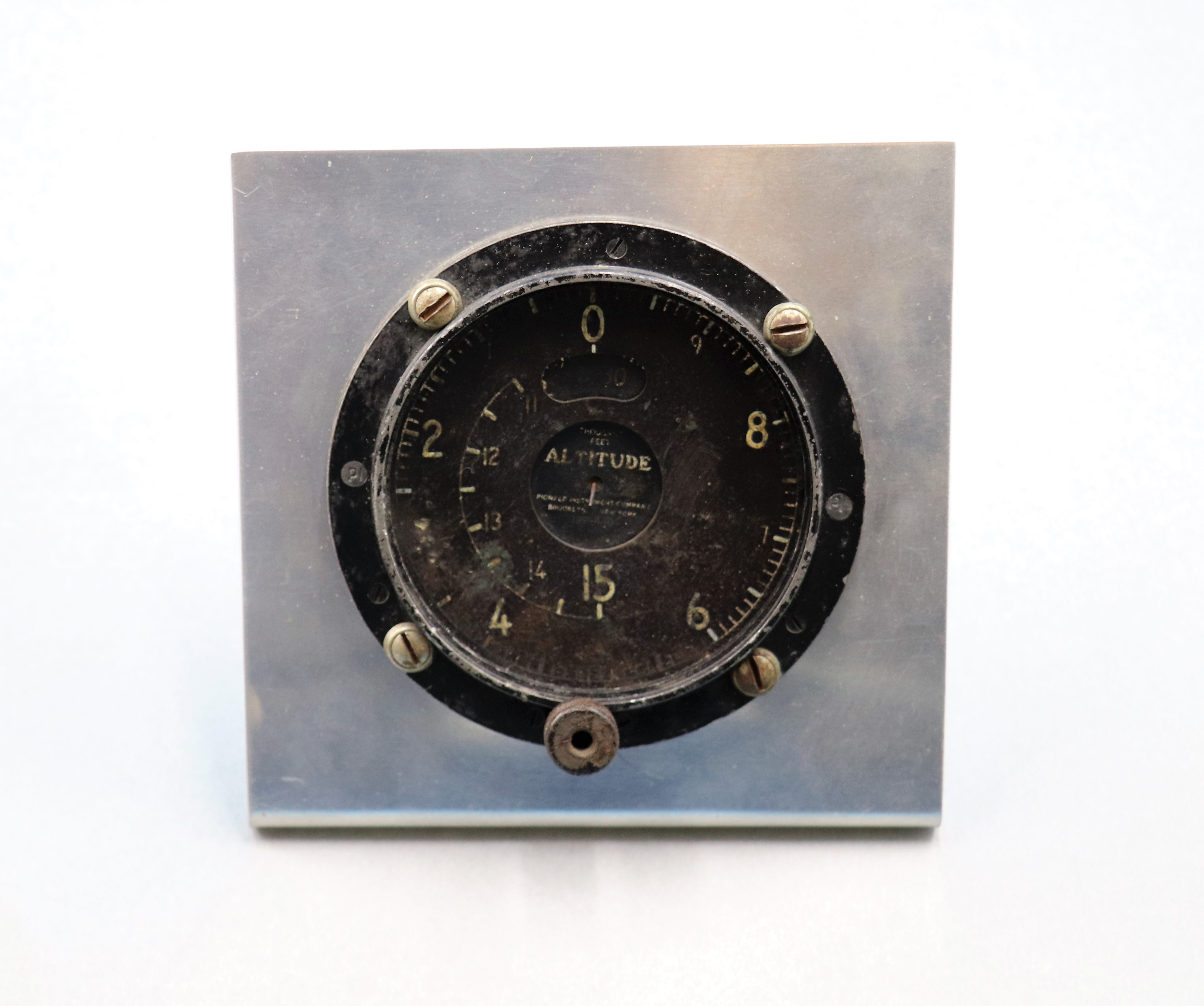 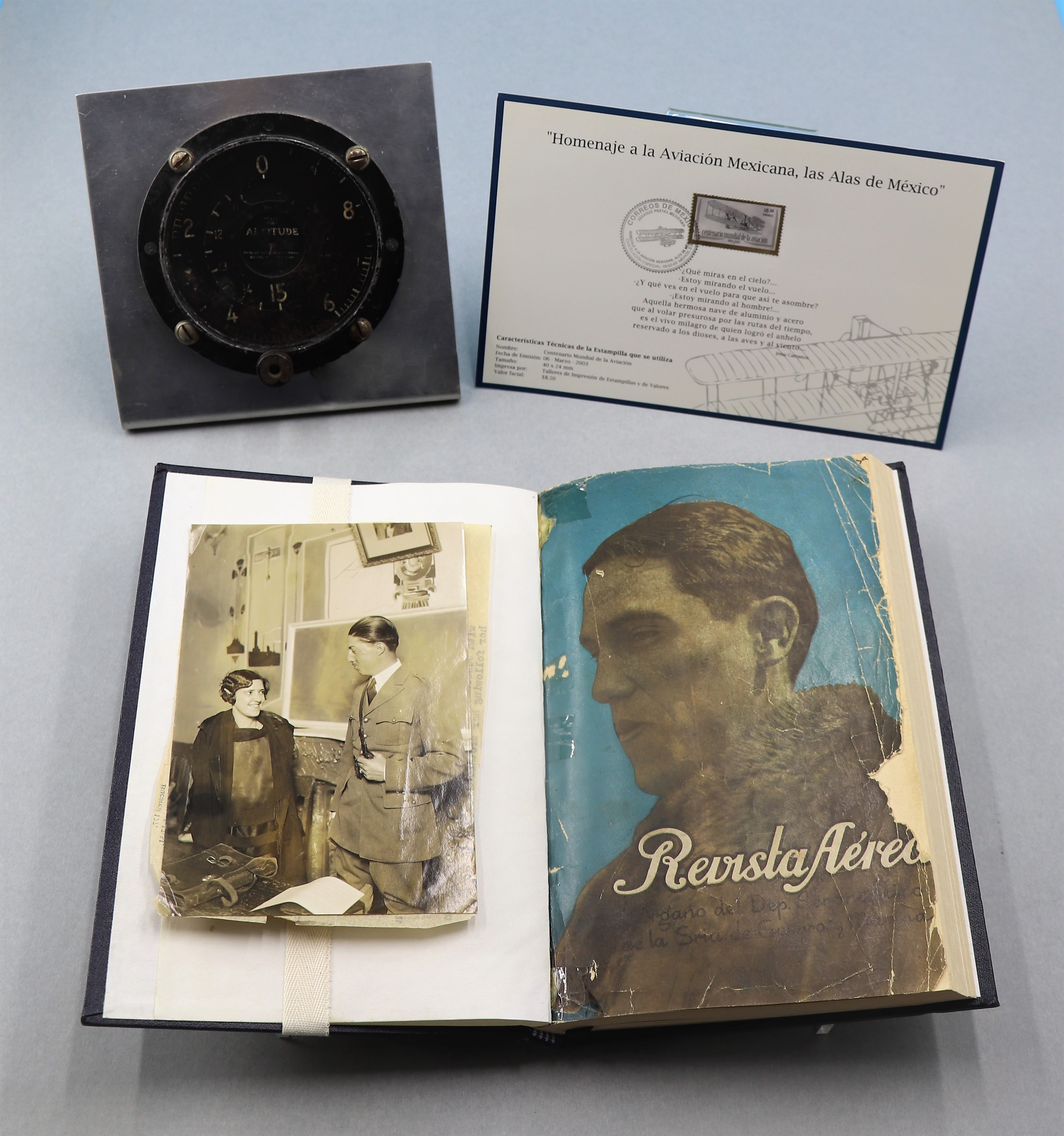 The Alitmeter and other artifacts that were donated to the Museum by the Carranza family.

Additional items included in this donation:

(1) Rare copy of the "Revista Aérea" (Aerial Magazine) from 1928, containing 330-pages with the best existing written biography of Emilio Carranza. 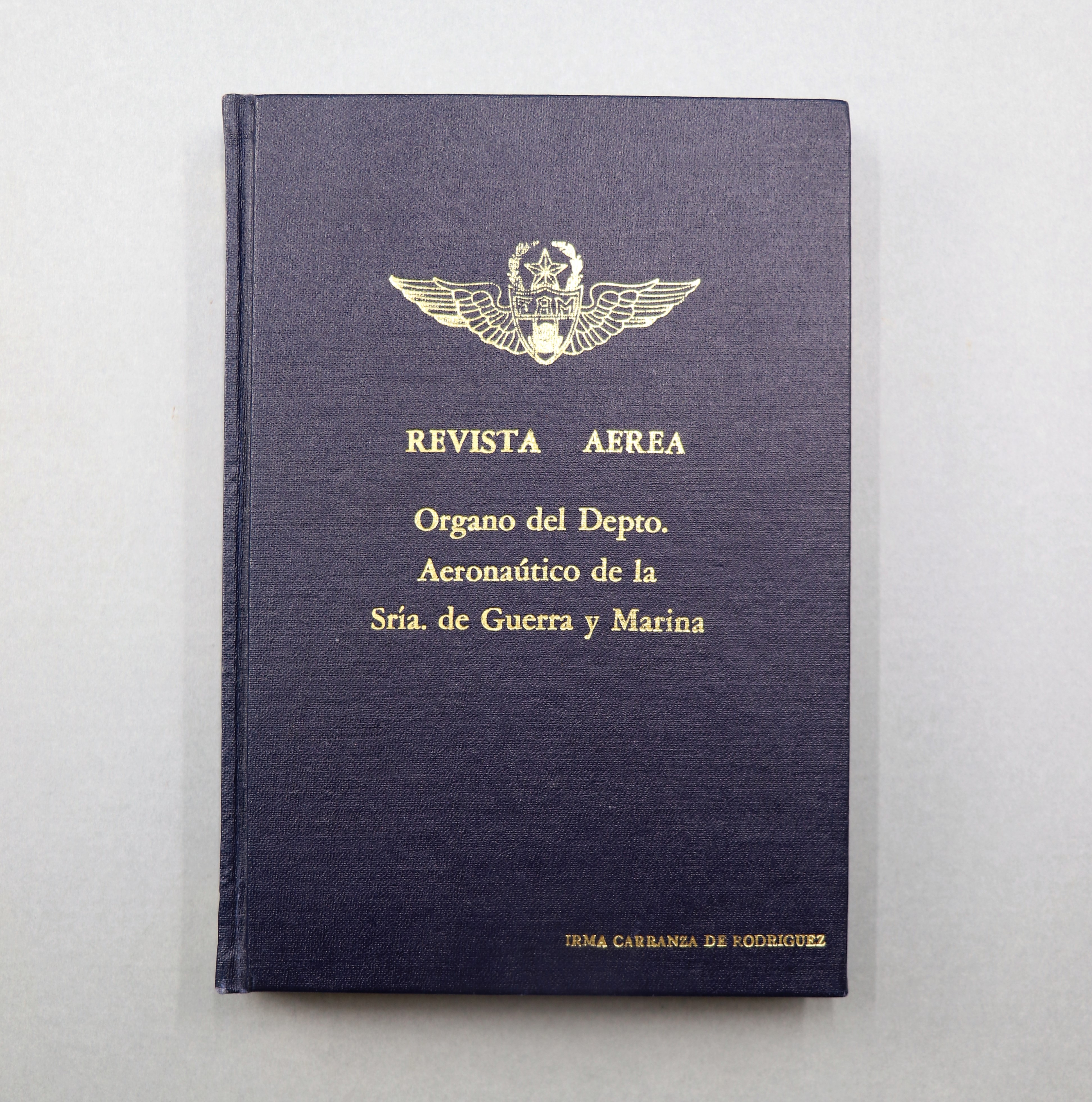 (2) An original picture of Estela Carranza (sister of Captain Emilio Carranza).  An outstanding woman in aviation, Estela followed the steps of her brother and became a pilot with an outstanding career.  Moreover, Estela was recruited by the US Intelligence during WWII and kept an eye on suspicious activities in Mexican territory during the conflict: 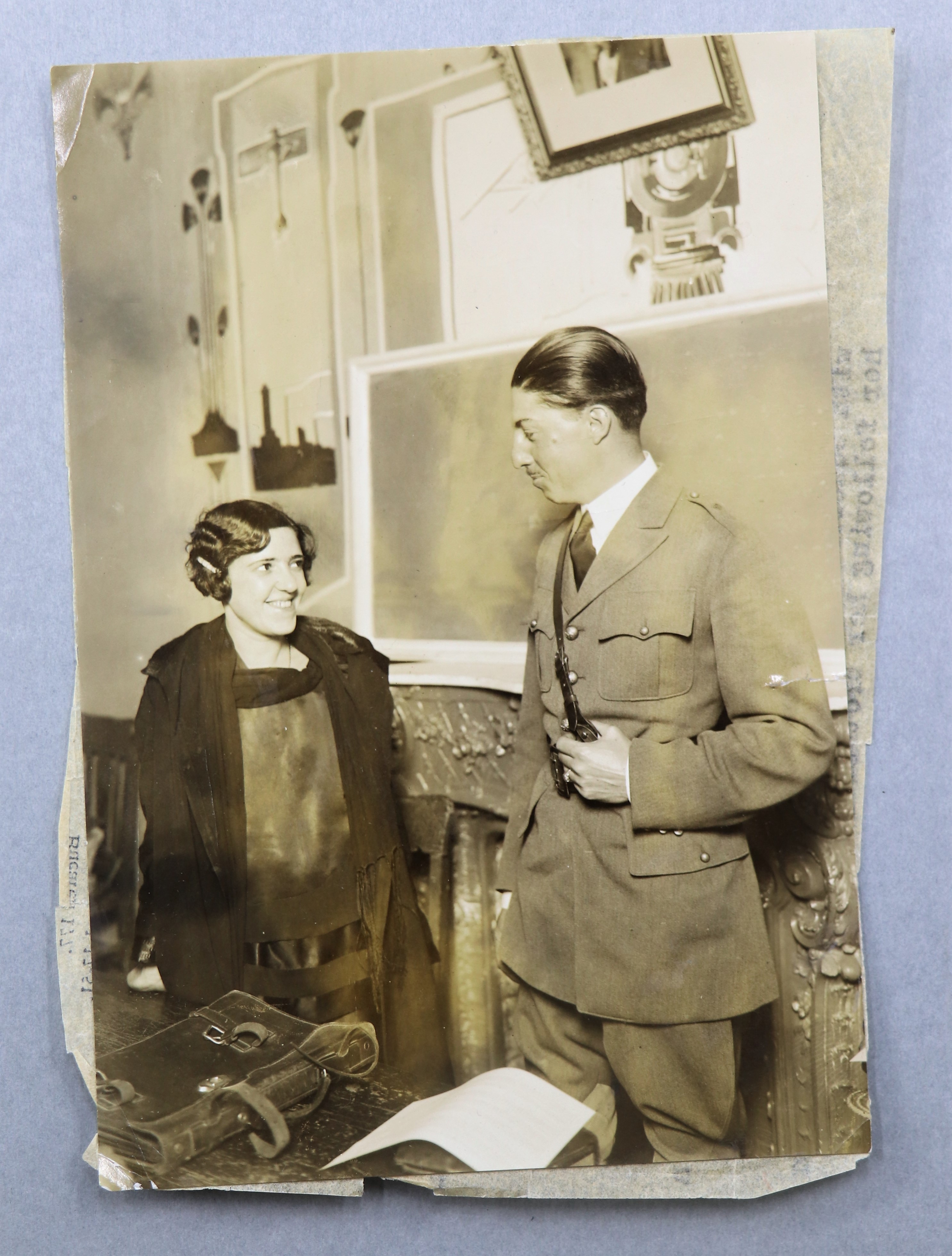 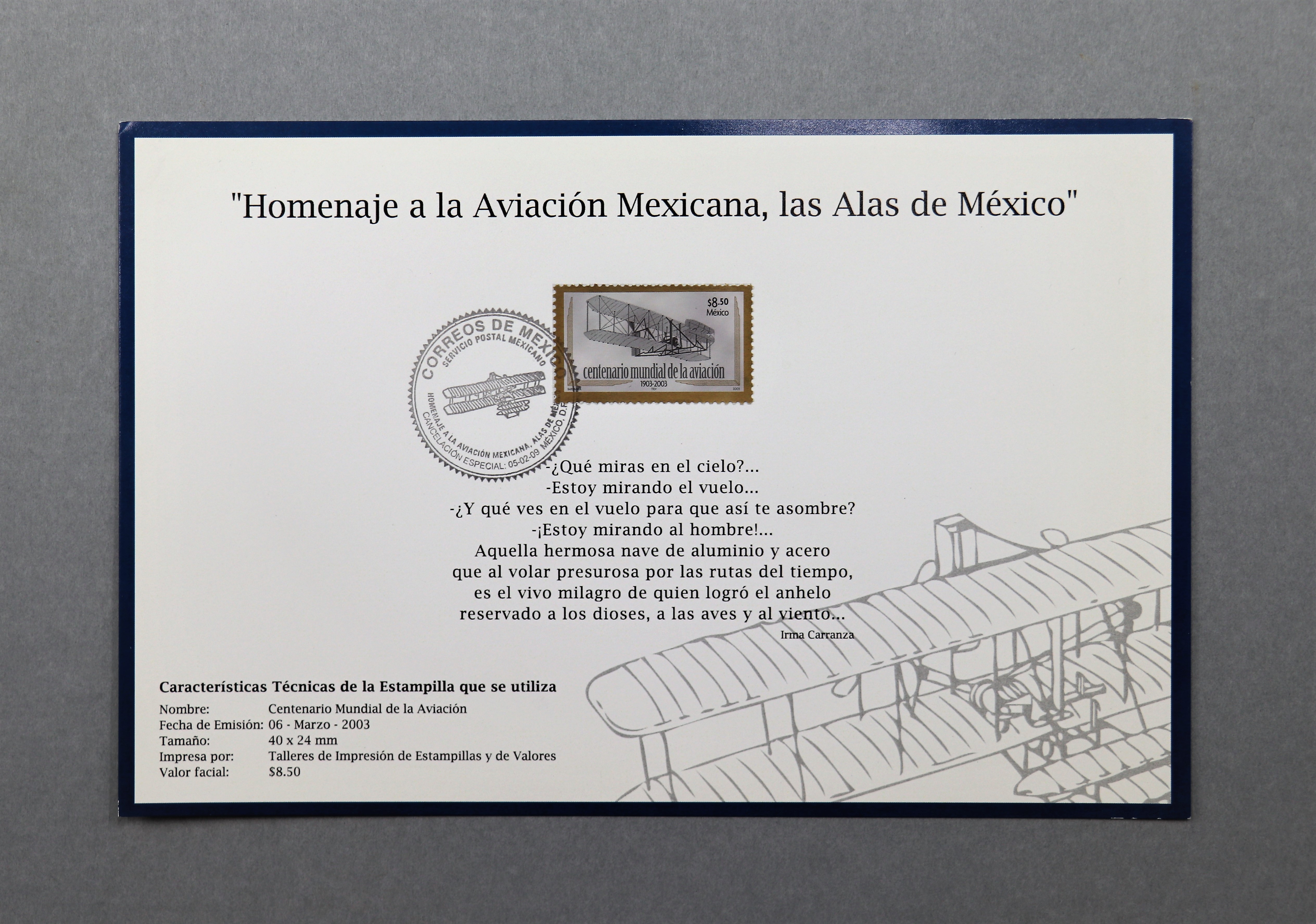 Captain Angel Aparicio, a family representative, flew from Mexico to California to hand deliver these important artifacts to the Museum on April 12, 2022. Katrina Pescador, the Museum’s Collection Director stated, “As neighboring countries, it is important that we share this important story with our communities…as an act of brotherhood and goodwill between Mexico and the United States.”

Special thanks to Luis Gaxiola, from the American Legion Post 11 Mount Holly (New Jersey), who helped coordinate this significant donation between the Carranza Family and the San Diego Air & Space Museum. Post 11 has been honoring Captain Carranza's sacrifice, every year uninterruptedly, since